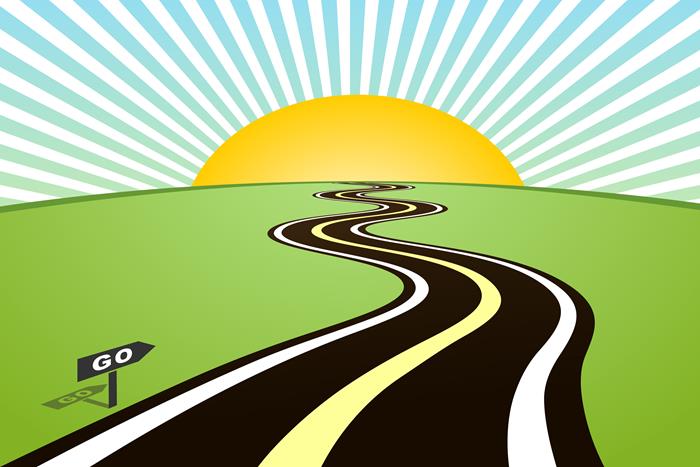 It is currently an exciting time in the world of setting standards for sustainability reporting. It is also a complex and confusing one. Last year saw the IFRS Foundation establish the International Sustainability Standards Board (ISSB). The ISSB has consolidated the Value Reporting Foundation (VRF) and the Climate Disclosure Standards Board (CDSB). The VRF was formed in a merger of the Sustainability Accounting Standards Board (SASB) and the International Integration Reporting Council (IIRC). The ISSB has also made the framework of the Task Force on Climate-related Financial Disclosures (TCFD) a key part of its work.

At the same time, the European Financial Reporting Advisory Group (EFRAG) is working to establish the reporting standards for the EU’s Corporate Sustainability Reporting Directive (CSRD). The Global Reporting Initiative (GRI) had been supporting this work and more recently announced a collaboration with the ISSB. Many wonder whether the confusion of many NGOs working on standards for sustainability reporting is simply being replaced by a world of confusion from different government-backed organisations doing the same thing.

It is in this context we think it is useful to put the last two years into the historical perspective of 150 years of setting standards for financial reporting. There is a rich and fascinating literature on the history of the accounting profession and establishment of accounting standards, with Professor Stephen A. Zeff being one of the most distinguished scholars in this field. We have benefited enormously from his work.

Double entry bookkeeping, the place where the road started, is often credited to Lucas Pacioli’s 1494 publication Summa de Arithmetica Geometria Proportioni et Proportionalità. However, the Italian and other double entry methods date back to at least 1211.

Over 600 years later, The Institute of Chartered Accountants in England and Wales (ICAEW) was formed in 1880 and was probably the first professional accountancy body in the world.

In the US, the American Institute of Certified Public Accountants (AICPA) and its predecessors were created in 1887 with the formation of the American Association of Public Accountants. Legislation on reporting requirements followed and, in the UK, The Companies Act 1900 required all registered companies to appoint auditors (no professional qualification needed) to report on their balance sheets and these had to be presented to shareholders every year.

The formalisation of standard setting followed on from the creation of the SEC, and the AICPA was an early player in the standard setting world. In 1939 it appointed the Committee on Accounting Procedure (CAPs) to issue standards. The CAP’s formation was one of the first attempts to rationalise and legitimise standard setting. However, in reality it continued to be heavily influenced by its parent body the AICPA, and the accounting profession was under regular threat that the SEC could take away its rule-making authority. The main outcomes of this period were the improvement in uniformity of accounting practices and the clear establishment of the private sector as the source of accounting standard setting and policymaking.

Despite issuing 51 Accounting Research Bulletins, there were concerns that the absence of a guiding framework and the lack of independence from the AICPA meant that the CAP could not effectively do its job. These concerns led to the creation of the Accounting Principles Board (APB) by the AICPA in 1959.

The APB was regarded as being relatively independent of the AICPA and was created with the specific purpose of issuing authoritative guidance about accounting theory and its practical applications. The APB did early good work in standard setting, but concerns about independence from the AICPA persisted.

A fork in the road

In the 1970s, responsibility for standard setting was transferred to the newly formed Financial Accounting Standards Board (FASB). By delegated authority from the SEC the FASB was made responsible for establishing US Generally Accepted Accounting Principles (US GAAP), thereby laying the foundation for the separation of practice and standard setting.

On the global stage, early progress in standard setting took place with the formation of the International Accounting Standards Committee (IASC) in 1973, through an agreement made by accountancy bodies from Australia, Canada, France, Germany, Japan, Mexico, the Netherlands, the UK and Ireland, and the US.

The IASC promulgated a substantial body of International Accounting Standards (IAS), Interpretations, a Framework, and other guidance that was adopted directly by many companies and used by national accounting standard-setters in developing their own accounting standards.

It meant that even though few countries fully adopted or required IAS, these standards played a significant role as guidance or consultative documents for national standard setters. In turn, with some variation, national standard setters influenced and impacted the work of the IASC. This was particularly the case with a group known as the G4+1, which consisted of members of national standard-setting bodies from Australia, Canada, New Zealand, the UK, and the US (the plus one).

After 25 years of work, the IASC concluded in 1997 that to continue to perform its role effectively, it needed to facilitate convergence between national accounting standards and high-quality global accounting standards. Towards that end, a new constitution was adopted in 2000 and the standards-setting body was renamed the International Accounting Standards Board (IASB). It was made responsible for setting International Financial Reporting Standards (IFRS).

In a single stroke, all EU-listed companies were required to adopt IFRS from 2005

At the time of the formation of the IASB, few countries had adopted IAS as issued by the IASC. Two key events changed that quite dramatically. In 2000, the International Organisation of Securities Commissions (IOSCO) endorsed IFRS (and any extant IAS) for cross-border security offerings in global capital markets.

In 2002, the European Union made the decision to require IFRS for all companies listed on European stock exchanges. In a single stroke, all EU-listed companies were required to adopt IFRS from 2005 and were given a couple of years to get their houses in order. This gave the IASB a ready and significant jurisdiction, and national standard setters’ work became more about IFRS interpretation and writing standards for non-listed companies.

One of the early objectives of the IASB was to create some sort of synergy with US GAAP and work towards a single set of high-quality global standards. To this end, the convergence project, the “Norwalk Agreement,” between the FASB and IASB in 2002 was heralded as a much-needed step towards harmonisation.

More generally, the response to the project wasn’t unanimously positive, and critics harboured concerns about US GAAP/IFRS dominance. These were compounded with disquiet about inevitable implementation issues around a potential “one size fits all” approach.

There was apprehension that there was considerable variation in the starting level of preparedness amongst IFRS adopters. For instance, one country could be adopting IFRS from a situation where their national standards were closely aligned to IFRS; these would typically be countries with greater Anglo Saxon or common law influence.

In contrast, another country’s national standards could be ideologically and practically quite different from IFRS and US GAAP. There were trepidations that “harmonisation”, a term which denotes a coming togetherness and flexibility, would instead be stealthily replaced with “standardisation,” a term which on occasion signifies a rigid and autocratic approach to standard setting.

One of the objectives of the Norwalk Agreement was to reach common agreement on a conceptual framework whose purpose is to set out the fundamental concepts for financial reporting, such as: guidance in selecting transactions, the events and circumstances to be accounted for, how they should be recognised and measured, and how they should be summarised and reported.

FASB’s The Conceptual Framework was initially issued in 1978 and the IASC’s Framework for the Preparation and Presentation of Financial Statements was issued in 1989 and grandfathered through by the IASB in 2002. The conceptual framework was added to the convergence project agenda in 2004. It was anticipated that this step would be relatively straightforward. That did not prove to be the case.

The project was divided into a number of phases. In 2010 on the completion of Phase A, the IASB published The Conceptual Framework for Financial Reporting and the FASB issued its updated counterpart. At this stage, the boards gave up on getting a common conceptual framework. Today, both boards have their own conceptual framework related agendas for their ongoing development.

Post the signing of the “Norwalk Agreement,” a number of other countries either decided to adopt IFRS in full or move their national standards towards IFRS/US GAAP. Australia transitioned to IFRS in 2005 and Canada in 2011. Accounting standards for New Zealand companies are based on IFRS and are referred to as NZ-IFRS.

In a significant and high-profile move, in 2007 the SEC removed the reconciliation requirement for foreign registrants that use IFRS. In its 2012 “Final Report” the SEC staff made no recommendation on potential incorporation of IFRS into US financial reporting.

Go your own way

In 2013, bilateral efforts started winding down. In its place was established the Accounting Standards Advisory Forum (ASAF), an advisory body comprising 12 standard setters from across the globe. The FASB was selected as one of the members to work on global accounting issues and represent US interests in the IASB’s standard setting process.

There was some inevitable political blaming for the winding down of convergence efforts, and, in June 2014, the former SEC chair, Christopher Cox, speaking at the SEC and Financial Reporting Institute Conference, blamed the IASB for the “divergence” of US GAAP and IFRS.

In response, IASB chair Hans Hoogervorst defended the project in a letter, arguing that “convergence was a limited-scope project”, and, like any programme, had its successes (such as the converged standard on revenue recognition) and its challenges (such as the highly contested reporting of financial instruments). In that context, the creation of the ASAF could be viewed as convergence evolving into something more dynamic and reflective of global dynamics.

The point of this brief review of the long and winding road to develop financial reporting standards is obvious. It is also important to note that while the EU will mandate the standards developed by EFRAG through the CSRD, the ISSB will depend upon governments requiring their use. The tension with the EU is obvious. Will there eventually need to be some form of the “Norwalk Agreement?”

However this happens, work should be done to get as close as possible to a global set of standards for sustainability reporting. But it is important to be realistic about the effort, difficulties, and time it will take to accomplish this goal. Which will never be achieved in the purist sense. Just as is the case for financial reporting standards.

Robert Eccles is visiting professor of management practice and Kazbi Soonawalla is senior research fellow in accounting, both at Saïd Business School, University of Oxford.

This article first appeared as a post on the Harvard Law School forum on corporate governance. Read the original article.