We must not let ESG become a scapegoat for the systemic failure of our society to address global warming and climate change. 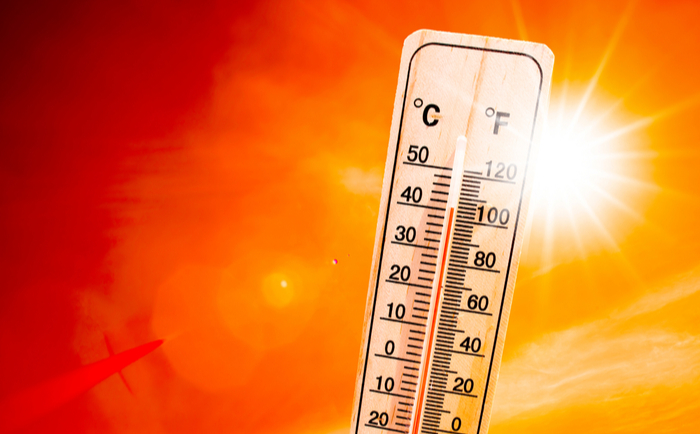 In recent months, the so-called “anti-ESG” voices have been growing louder. And not without good reason. Oftentimes, the ESG label is abused by corporates and investors for greenwashing purposes. As a result, it is not surprising that questions are being raised about how effective ESG is in terms of bringing about or accelerating climate action.

But it would be misguided for critics to assume that ESG is the cause of climate inaction and to blame ESG for society’s collective failure to address the climate crisis. In fact, both climate inaction and ESG’s apparent ineffectiveness are mere symptoms of the same, underlying “disease.” This is because of three main reasons.

A distraction from what, exactly?

First, ESG cannot fundamentally be a distraction given that, as a global society, we have never really been on a serious path of addressing the climate crisis. This is precisely why social movements like Extinction Rebellion and Fridays for Future are now protesting in the streets all over the world.

While the term ESG has only been around since 2004, we first discovered the link between carbon emissions and global warming all the way back in 1956 when Gilbert Plass formulated The Carbon Dioxide Theory of Climatic Change! Indeed, the first conference of the parties (COP) to discuss climate change took place in Berlin in 1995, almost 10 years before the term ESG started being used more widely.

Both climate inaction and ESG’s apparent ineffectiveness are mere symptoms of the same, underlying ‘disease’

Even though we knew about global warming and have been discussing climate change for a while, we do not have much to show in terms of actually reducing carbon emissions. In fact, apart from the first year of the Covid-19 pandemic, carbon emissions have been steadily increasing and it is estimated that since 1970 they have increased by about 90%. Which means that we have been and remain addicted to the burning of fossil fuels.

How then can ESG, which only appeared as a concept in 2004 and was not adopted until much later, be a distraction from a path that we have never been on? Instead, the question that we should really be focusing on is: why is it that we have taken no real action to reduce carbon emissions, despite everything that we have known for so long about climate change?

Second, the confusion surrounding how companies and investors implement and measure ESG, rather than being a distraction, is merely a reflection of underlying structural inefficiencies and ongoing, unsettled societal debates. ESG critics are often quick to point out the inconsistencies, challenges, gaps, and the overall unreliability of ESG data. They are justified to do so. We have a very long way to go to arrive at ESG metrics and standards that accurately and reliably capture business practices and cannot be manipulated for greenwashing.

But let’s be very clear: the environmental and social challenges that we are facing today will not be resolved merely by getting our disclosures right. To a large extent, the confusion surrounding ESG data often reflects rapidly evolving underlying societal debates.

Consider, for example, women’s reproductive rights in the US. Until an ultra-conservative Supreme Court reversed Roe v. Wade, this was seen as a settled issue. Then, overnight, companies had to adapt their corporate policies and provide healthcare options to their employees, especially in states that immediately triggered abortion bans. Abortion rights were a settled issue—until they weren’t. Similar challenges arise around issues such as LGBTQ+ rights, racial discrimination, and human rights, especially at the global level.

This is not to suggest that there is no moral right or wrong in these cases, but it does mean that unprecedented political polarisation and ongoing, fierce debates—sometimes based on deliberate disinformation, fake news, or extremist and populist views—make it very difficult for ESG metrics to accurately capture what companies are doing or ought to do. In other words, how could anyone expect ESG data to be accurate, reliable, and comparable when society is still debating the right approach to a lot of the underlying issues, especially within the “S” pillar?

Finally, we should not lose sight of the fact that there is an emerging and dangerous “weaponisation” of the “anti-ESG” rhetoric by the political right. If the ESG agenda had indeed been an obstacle to climate action, then the right would have been the first ones to embrace it. It is precisely because ESG can have a positive impact on environmental and social issues that the political right, and vested interests, are so viciously fighting it.

Consider the recent Wall Street Journal op-ed by US ex-VP Mike Pence in which he argues that ESG is allegedly used by the political left “to advance goals it could never hope to achieve at the ballot box.” Also consider the broader legislative assault by Republicans across many states including Texas, Utah, and West Virginia, against “woke ESG firms”. Why would these vested interests attack ESG so ferociously if it had been ineffective?

In summary, it is the very act of attacking ESG as a distraction that is the real distraction from climate action. This is not to suggest that ESG is where it should be. On the contrary: we certainly need more regulation of ESG rating agencies, to urgently combat greenwashing in financial and product markets, and to swiftly move towards greater standardisation of ESG metrics and to strengthen our disclosure and transparency requirements.

But what we should not do is use ESG as a scapegoat for our systemic, institutional, and chronic failures to address climate change and the failure of our global governance institutions to coordinate the necessary and urgent climate action. This is the real underlying “disease”.

I therefore join all those who call for a fundamental rethink of our institutions—a Bretton Woods 2.0—to make them better fit a world that is facing numerous existential challenges such as the climate crisis. It is also such renewed institutions that will enable us to adapt and strengthen the ESG agenda for corporates, investors and society at large.