Among its complaints, the Business Roundtable argues that no ‘safe harbor’ in the rules will increase the risk of corporate liability. 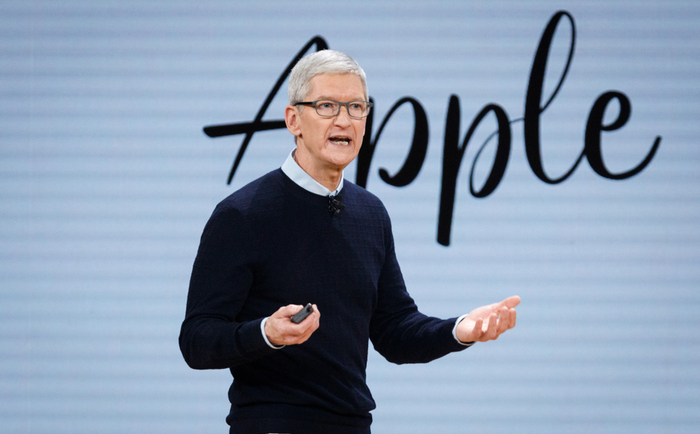 The Business Roundtable—a renowned club for US corporate leaders that famously declared its members were now running “purpose”-driven companies— has targeted a litany of complaints at new proposals for climate risk reporting. They argue the proposals from US watchdogs fail to address an increased risk of liability and will push boards towards appointing “single-purpose” directors.

The complaints are contained in a letter to the Securities and Exchange Commission (SEC), as it continues a consultation on proposed new reporting rules first published in March.

The disclosure proposals have prompted a wave of debate in US business circles and unleashed a flood of 14,000 formal responses to the regulator.

The Business Roundtable is a much-followed body in the US, with members as vaunted as Tim Cook of Apple (pictured), Jamie Dimon, chair and chief executive of JP Morgan Chase, and Mary Barra, chair and CEO of General Motors. Its declaration in 2018 that members were now running their companies in the interests of all “stakeholders”, rather than just “shareholders”, made headlines around the world.

No port in a climate storm

But the Roundtable seems underwhelmed by the climate reporting ideas. The big complaint is that by including climate disclosures in statutory annual reports—a form 10-K, as they’re known—a high level of liability could be created, with the SEC offering no “safe harbor”, which it does offer on other issues such as the Private Securities Litigation Reform Act (PSLRA).

Roundtable fears about liability are compounded by the proposals asking for declarations on Scope 3 carbon emissions (for example, those that come indirectly from supply chains).

Maria Ghazal, legal counsel for the Roundtable, writes: “If Scope 3 disclosure is mandated, strong safe harbor protection, similar to the PSLRA safe harbor but available for all Scope 3 emissions disclosures (not just for forward-looking statements), and a more reasonable timeline for reporting should be explicitly provided to yield higher quality information to investors, and information should be furnished in a separate report rather than filed in the Form 10-K.”

The Roundtable is also concerned about the governance burdens created by SEC measures. The proposals call for boards to have a member with “climate expertise”, which the Roundtable says will create momentum for “single purpose” board members.

“While it is important for boards to have a mix of directors with different skills and experiences,” writes Ghazal, “those are generally considered broadly—experience with retail operations or international business, for instance, rather than particular technical skills.

“A board should have the flexibility to determine its own appropriate composition, taking into consideration the size of the board and the diversity, expertise and tenure of board members.”

Other countries have pushed ahead with climate risk disclosures—the UK, for example, has mandated use of guidelines from the Taskforce for Climate-related Financial Disclosures (TCFD), a body of the G20, as well as pledging to adopt International Sustainability Reporting Standards. But US regulators have been slow to move. That said, as the Business Roundtable points out, many companies carry out voluntary ESG reporting.

A mandate too far?

Many respondents seem vexed by the SEC’s move toward compulsory ESG reporting. One legal expert, Lawrence Cunningham, a professor at George Washington University, recently wrote that the proposals seem so important they deserve consideration beyond the SEC. “An effort like this requires much more leadership than a handful of commissioners and a staff expert in securities regulation,” he writes.

This week saw further worries about the proposals emerge, particularly the SEC’s suggestion that they should be mandatory. Scott Hirst, a professor at Boston University, argues the reporting measures should be “optional” if authorised by investors.

“Allowing investors in a company to decide whether climate disclosure obligations apply to the company,” writes Hirst, “would nullify the major arguments against the validity of the Proposed Rule, which apply (if at all) only to mandatory rules.”

Mandatory ESG reporting, or climate reporting, was always going to be controversial in the US. Views around climate change are polarised, especially after former president Donald Trump repudiated the Paris Climate Agreement, only for the newly elected Joe Biden to rejoin.

Republicans have also attempted to drag ESG thinking into their “anti woke” campaign. The business press has been flooded with anti-ESG op-eds.

But holding out would leave the US as an outlier among western economies as they battle the climate crisis. That is likely intolerable for a Democrat White House.