In conflicts and crises, people look to both political and business leaders for reassurance, competence and calmness under pressure. 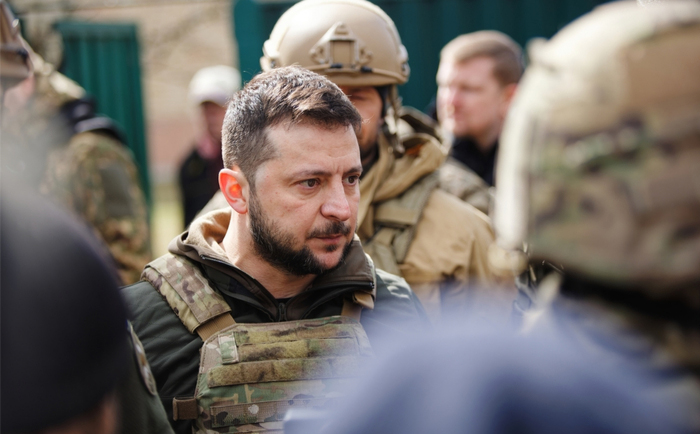 The conflict in Ukraine has devastated business there, with half of Ukraine’s businesses shut as a result of the war with Russia, and the World Bank predicting that Ukraine’s economy will shrink by 45.1% this year. What is more, that predicted economic contraction does not include the impact of physical infrastructure destruction, of which there is likely much more on the horizon.

Worse still is the huge magnitude of the humanitarian crisis; with millions of Ukrainians displaced, even where businesses might be open in principle there is no one to work in them with families separated, friends and family killed or injured, and many of those remaining in place facing extreme hardship and deprivation. Business will not be “as normal” in Ukraine for a long time to come.

By normal, I mean in peacetime, leaders have the luxury of time—time to decide what motivates customers and employees, as well as time to negotiate with clients and suppliers. All of this disappears in the context of a war, when many things are simply removed from your control.

Providing moral support to citizens reeling in mental and physical anguish from the horrors of war is no mean feat. Nor is asking those citizens to fight what until recently looked like an invincible army. But it is a task to which Ukrainian President Volodymyr Zelensky has applied himself with great vigour and success since hostilities began.

Galvanising a workforce in such circumstances is an equally Herculean task. Business leaders in the embattled country have the unenviable job of trying to strike a balance between protecting employees from possible physical harm, shoring up morale, and finding ways to ensure that their businesses can continue to operate in a country where regular supply chain routes have disappeared.

Effective leaders in a crisis

War is at the extreme end of crisis management, but just down from that point are types of events that are nearly as challenging and closer to home: the financial crash of 2008, the coronavirus pandemic and many others over time. Of course, Ukrainian businesses also had a dress rehearsal with the 2014 annexation of Crimea. That conflict, as well as crises of the past, continue to show that it is not necessarily the strongest who survive, it is the most adaptable—the ability to be flexible, agile, responsive and resilient are all skills that business leaders across the globe have needed in recent years.

When everything around is chaos, people look to both political and business leaders for reassurance and as much competence and calmness under pressure as it is possible to muster. They seek clarity and grounding, not to be manipulated for the gain of the leader or to experience the continued uncertainty of indecision and confused messaging. Effective crisis leaders take decisions and communicate those decisions effectively. These are key leadership skills that business leaders in Ukraine will undoubtedly be trying to demonstrate.

Perspectives can become clouded by conflicting or misinformation, and the heightened level of uncertainty that accompanies any crisis scenario can be paralysing if you do not have the strength of character to take quick decisions. More importantly, those leaders who think on a micro level rather than a macro level, trying to prioritise company interests above all else, risk doing a disservice to the nationwide effort that is required in times of crisis.

The winners in crisis, including war, are those who can collaborate effectively. You might have the most firepower, but unless you can direct it where it will have the most impact, you won’t make strategic gains.

It is important to be able to see situations from others’ perspectives at the best of times and this is never more important than in the context of war. Cognitive empathy is especially crucial. By cognitive empathy I mean the ability to take the perspective of others and understand what the challenges are. This is distinct from affective empathy, which is feeling what others feel.

If as a leader you feel as terrified as the people you are leading, you are unlikely to make your best decisions. You need to understand what is happening; not necessarily feel the same as others.

The cognitive empathy required to lead others in times of crisis is not necessarily innate. It is something that gets better with practice.

There are plenty of examples of leaders who have failed in this respect because they have not practiced it. Most notably Tony Hayward, former CEO of BP who called the Deepwater Horizon oil spill “tiny”, “very very modest’ and ultimately declared at the height of the crisis “there’s no one who wants this thing over more than I do, I’d like my life back”. He felt the sense of crisis as others who were in the middle of the crisis, but failed to understand that others blamed him, as CEO of BP, for that distress.

Cognitive empathy is necessary but not sufficient. Your business also needs the right culture in place to encourage the best in people and to foster a sense of team spirit that will allow for success. All effective teams need to do two main things: get the tasks in the group done and look after the relationships in the group to ensure that the group is collaborating well. This is never more important than when operating at times of intense stress. At such times, leaders need to be more than just the boss, they need to be dependable, reliable, industrious, be able to set plans and frameworks, but also good at communicating all of this in real time as it happens.

Similarly, having the right support structure in place is vital to drive things forward. Bureaucratic boards, for example, create bureaucratic business cultures where an overly controlled rules-based philosophy dominates. This will do little to help steady the ship in times of crisis. Everybody needs to be pulling in the same direction and while sometimes that is easier said than done in the business world, if the spirited resistance in Ukraine has shown one thing, it is that seemingly impossible things can be achieved if everyone is working towards a clear and meaningful goal.

Randall S. Peterson is professor of organisational behaviour and academic director of the Leadership Institute at London Business School.