The distinct paths taken by executives when assuming leadership roles will influence their perspectives and strategies for success. 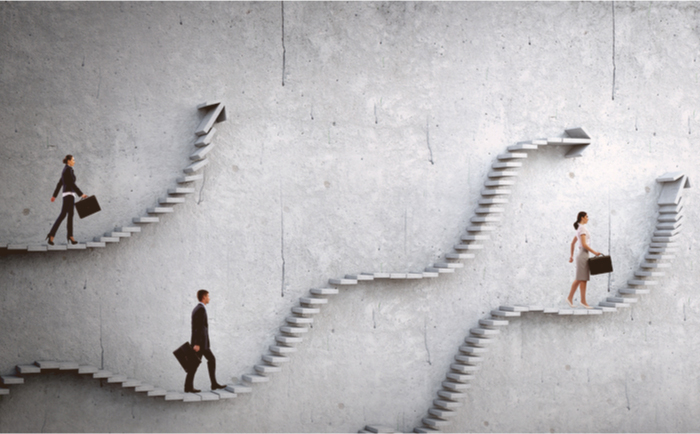 The role of a board director, as prestigious as it may be, is difficult to master. Directors must balance the sometimes competing interests of the constituency that appoints them with other stakeholders of the organisation, all while honouring their fiduciary, ethical, and strategic responsibilities.

Members of boards will be most successful when prioritising their focus and leveraging their perspective toward fulfilling the reason they were recruited. Directors also must attune themselves to the organisational factors related to critical decisions undertaken by boards, such as the need to consider culture, relationships, credibility, and direction when selecting executive talent.

Our book, Six Paths to Leadership, outlines unique considerations of directors as an appointed leadership path, along with their strategies for success, voiced through the board leaders we interviewed.

Board directors and other appointed leaders are typically selected for specific expertise or connection to an industry or a target market, and their charge is to fulfil this task within a finite period of time. This means that the board member’s primary role is to represent the interests of others—a duty reflected in the term we used to refer to such appointees in our book: the “proxy” leader.

By understanding the asking company’s criteria, board members can assess their own fit and predict the support they might need

Gaurdie Banister, whose successful career includes top executive positions in the energy sector, describes his recruitment to the board of Tyson Foods, where he could provide insights based on specific aspects of his background: “They wanted somebody who was a sitting CEO, so I met that. They wanted experience in China; I had just come back from Singapore, working in China on a large project building a gas plant and drilling wells for the Olympics in Beijing. I am African-American, and they were looking for diversity on their board. They had criteria that they were looking for, which I was able to meet,” he said.

Other board members we spoke to were recruited due to experience with organisational mergers, new venture financing, experience with cybersecurity system development, and other areas of expertise. By understanding the asking company’s criteria, board members can assess their own fit for the position, and also better predict what type of support they might need for success. They also should take the cue that their purview may be expected to be limited to related areas of the business and associated committees, notwithstanding the general duty of all board members to ensure a fiscally and legally sound organisation.

This constraint of focus is also an opportunity. When walking the proxy path, a director can put their available time and efforts toward accomplishment of specific goals related to their appointment criteria. In other words, identify the “big rocks” that should be prioritised and stick to them. Focused board members will have inherent credibility and influence on these issues, and to some extent the executives and other directors can be expected to defer to, or at least value, their input.

The focused perspective also confers an opportunity to question the status quo of the organisation, especially if it is not operating according to industry standards or cutting-edge technology. In some areas of director expertise, such as cybersecurity, there may be an urgent and somewhat obvious need for an upgrade. In others, like the management structure or the purview of the CEO, ideas for change may not be as readily accepted. A proxy leader is in a uniquely powerful position to exert needed influence in these situations.

The most consequential roles of the board include selection and oversight of the organisation’s chief executive officer, as well as to ensure that there is robust succession planning of all key roles in the company.

In Six Paths to Leadership we outline how the distinct paths taken by executives when assuming leadership roles—elected, appointed, promoted, outside hire, founded and family-legacy—will influence their perspectives and strategies for success. It is therefore essential for boards, corporate and not-for-profit, to understand the opportunities and challenges that each path includes. While our book details each path, sharing strategies and tools to support leaders, here we will focus on some key considerations for a board engaging in the selection process.

When selecting a new C-suite member, it is essential to understand the organisation’s culture, to know where potential executives might fit seamlessly and where they may extend or change culture when needed. Further, the board’s attention to this area should vary according to the path walked by the incoming executive.

Those on the family and founder path are likely to have the organisation’s dominant culture as part of their DNA, making a strong fit with cultural values, practices and norms of operation. Promoted path leaders, too, have been inculcated into the culture and their ascent through the organisation’s hierarchy likely demonstrates their good fit. If the board believes that the future strategic direction can be supported by the current culture, their job may simply be to ensure that the incoming executive has the intention and the resources to sustain what they know of it.

Leaders must demonstrate proficiency in the current organisational culture, even if they intend to change it

It is more challenging for the board to assess cultural compatibility for those on the remaining paths, those hired from the outside or appointed to a short-term position (eg, interim CFO) who may not be familiar with the culture. This may reflect the intention of the board, if it believes that change is needed, or that the transition associated with incorporating the new executive’s talents is worth the cultural shake-up.

In any case, these leaders must demonstrate proficiency in the current organisational culture, even if they intend to change it, and likely must adapt to some extent. However, the leader’s outsider status can be a strong advantage, not only in conferring credibility to lead cultural change, but also that the lack of historical baggage may offer courage needed to undo previous practices where necessary.

Whether selecting cultural insiders or outsiders, those selecting executives should be making a conscious, strategic choice with regard to culture practices. For instance, our book details the practical changes made by Ron Klain (now chief of staff for President Biden) when he was appointed to the role of “Ebola Czar” for the US federal government, where setting a fast pace was needed to address a crisis. He intentionally upended norms such as the inclusion of scientist decision-makers rather than the protocol of agency heads attending policy meetings.

Often associated with the candidates’ cultural fit is their set of internal and external relationship networks, how they support the board’s intended strategy, and how these relationships are influenced by the varying leadership paths. As may be expected, boards often seek to connect to outside networks through external hires, who then are challenged to learn where the power centres are in their new organisations.

Boards often seek to connect to outside networks through external hires

Internally promoted executives, while more familiar with the political and knowledge sources in their organisation, often have challenges around these relationships as well. When elevated to CEO of Aquarion, Chuck Firlotte noticed a difference: “My jokes were a lot funnier the day I became CEO. All of a sudden people who wouldn’t give me the time of day before were hugging me in restaurants.”

While Chuck kept his good humour about the circumstance, he also knew that he had to be aware as to which of his long-term internal relationships could still be trusted.

Another important factor for the board to consider when selecting executives is where a candidate’s credibility might lie. For instance, the board might prefer the executive to have internal standing, such as through a proven record of success within the organisation which may be useful for harnessing unwieldy divisions of talent.

Alternately, the board may want an executive with more external credibility, such as connections to outside success and benchmark organisations which may support a new direction for the company.

The board’s process for selecting executives, along with the influence of the candidate’s path, helps to set the direction of the organisation. Generally, focusing on internal candidates will best support an inside perspective that can effectively move toward incremental growth, while larger scope of change often comes from external hires with new ideas along with connections to outside perspectives and resources. The board’s decision, of course, must be particularised to the organisational situation and the available talent.

Many leaders have themselves walked multiple paths throughout their careers, and some internal leaders may gain insights from careful observation of their industry. For example, Twitter CEO Parag Agrawal began his term not with incremental steps, but by announcing a significant restructuring of how the social media giant does business. This change is supported by the board, whose intention seems to be to use the opportunity of an internal promotion from engineering rather a more traditional CEO path to meet the changing marketplace.

The challenging role of directors includes the need to focus efforts according to their criteria for joining the board, bringing it to bear on critical decisions such as executive selection. Including consideration of the background of executive candidates, including culture, relationships, credibility, and direction along with the multiple paths to leadership, will best position the board and organisation for success.

Mark A. Clark is associate professor and management department chair in the Kogod School of Business at American University.

Meredith Persily Lamel is CEO of [email protected] and an adjunct professor at American University’s School of Public Administration.

Six Paths to Leadership by Mark. A Clark and Meredith Persily Lamel (Palgrave Macmillan) is out now in hardcover, £27.99.