While 37% of all board directors are now women, just six FTSE 100 companies have female CEOs—none of whom are from an ethnic minority group. 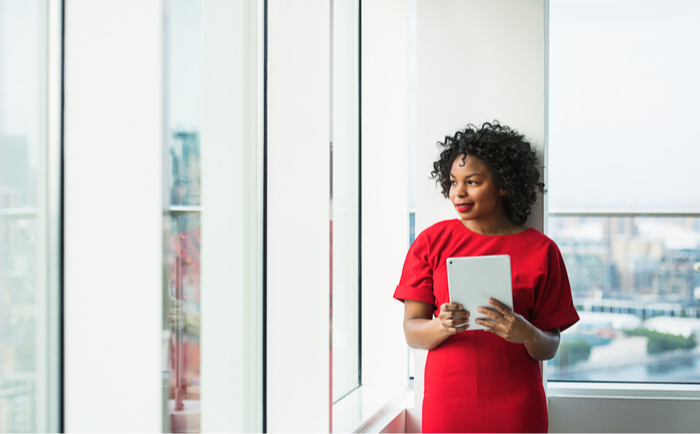 Women are now well-represented in the ranks of non-executive directors. But the same cannot be said about women as executive leaders, according to new research.

The Fawcett Society says an investigation of the FTSE 100 finds that 37% of all boardroom roles are now held by women. However, women hold only 13.7% of executive director jobs. Just six FTSE 100 companies are led by women, and none of them are from ethnic minority groups.

The figures reflect some progress but overall the Fawcett Society says it remains disappointing and slow. What’s needed is further action.

“The business sector needs to actively work towards diversifying those in the top jobs, setting and achieving the same kinds of targets that it has used for non-executive roles. If not men will continue to dominate these roles for years to come,” says the report.

The FTSE 100 featured in a wider look at top UK jobs by the Fawcett Society, which examined 5,166 positions of influence and found that women held just under a third—32%. The Fawcett Society says that means 919 women are missing from top flight roles across numerous sectors, including business, arts and media, sport, education, the judiciary, the civil service and politics.

The figures may leave business feeling it has made more progress than some other sectors, but the lack of women, and women from minority groups, in top executive roles is a reminder that progress comes with an abrupt qualification: Men continue to dominate; a situation the Fawcett Society describes as “bad for all of us as we miss out on women’s talent, skills and perspectives.”

According to Rachel Farley, a principal with the headhunting firm Heidrick & Struggles, 80% of recruitment searches require identification of female candidates, but there is a smaller talent pool of women to recruit from while they are frequently “acculturated” to non-P&L roles.

One answer, she says, is for companies to be more flexible with “experience and expertise” criteria to attract more women executive leaders, “but often they don’t flex enough and don’t give the needed support.” Malleability on other leadership qualities would be helpful too. “Organisations need to start from the entry levels to develop good talent along the way… attract women to their company due to culture/ethics etc,” says Farley.

Jemima Olchawski, chief executive of the Fawcett Society, draws attention, in particular, to the position of women from minority communities.

“It is appalling that in 2022, women of colour are missing in leadership positions from some of our key institutions and organisations.

“Put simply, this gives the lie to the idea that we live in a meritocracy or a society of equal opportunity.”

Career trajectories for women from minority groups falter for a number reasons, according to Fiona Hathorn, co-founder and chief executive of Women on Boards. Some companies struggle to attract talent at an early stage while others fail to retain the talent they have as working cultures conflict with home and family life.

Managers might also be ill-equipped to deal with diverse teams, making them more comfortable with “continuity” candidates.

But there may be deeper problems. Rachel Farley says the talent pool of women from minority groups are especially small due to the underlying “systemic societal structure” and “discrimination”, particularly for black women.

It is difficult, she says, to gauge whether the situation is improving. “Hard to say. Is society changing? Education opportunities, discrimination, etc? The only thing I can say is that HR leaders are aware they need to open up candidate pools to young black talent at entry level and by being aware of this, then real change begins to happen.”

Doyin Atewologun, a busines psychologist and former adviser to the Parker Review on ethnic diversity in company boardrooms, says: “The stereotypes and barriers facing women of colour are different from those facing white women. Efforts for gender diversity are often not directed at the full range of women but often designed (implicitly) to serve white middle class women.”

Efforts to change the recruitment landscape, says Atewologun, need to take care. “The progress on diversity and representation should not be confused with (yet to be made) progress on inclusion and equity.”

For Fiona Hathorn, corporate leaders are in the spotlight when it come to improving the position of women. “My personal view,” says Hathorn, “is that little will materially change on diversity in executive leadership until we get board-level leadership and proper investment in inclusive leadership throughout organisations.

“I fear that the painstakingly hard work in effecting change in the non-executive space—which is far from ‘job done’—was the easier part of this puzzle.”