Companies urged to assess their links to Russia to avoid any breaches of the updated sanctions, should they be imposed. 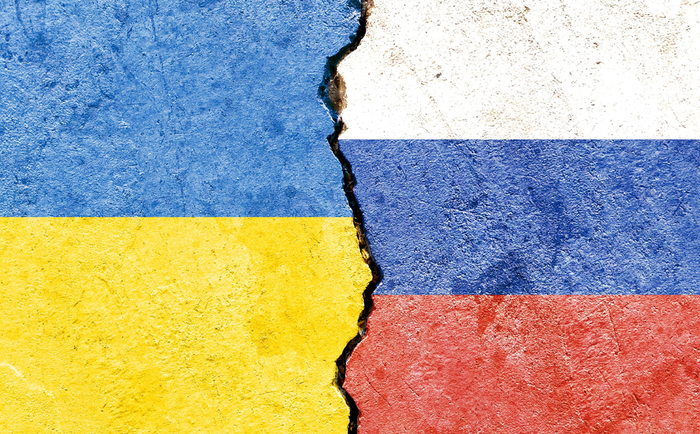 That sound you hear may be export managers, corporate counsels and lawyers huffing their way through due diligence and existing contracts to fathom just how badly they could be hit in the event of new sanctions against Russia.

As up to 140,000 Russian troops muster on the Ukrainian border, the threat from the UK, US and European Union of further sanctions has many businesses wondering where the hammer will drop. Law firms are already fielding anxious calls from clients attempting to clarify where they stand.

And it is a serious business. Aside from the humanitarian horror that could follow a war on the Russia-Ukraine border, conflict would hit financial markets while sanctions could damage individual businesses and livelihoods. That means companies should be preparing now to understand just how they could be affected by planned sanctions.

Currently it remains unclear which individuals and organisations will be targeted, but the UK government has published a framework that represents a significant ramping up of the regime already in place since 2014 following the annexation of Crimea.

The framework says sanctions could be applied to Russian state-affiliated companies, and that includes businesses in which the state owns only a direct or indirect minority stake. It also covers companies undertaking business of “economic significance” to the Russian government. It widens the scope of sanctions from oil and gas to chemicals, construction, defence, electronics, energy, extractives, financial services, transport and information, communications and digital technologies.

Severity and complexity of sanctions

According to Stacy Keen, a partner and sanctions expert with law firm Pinsent Masons, companies should be acting now.

“If sanctions are imposed it will move quickly,” she says. “And depending on the severity of what’s imposed, it could have a large impact on UK businesses, so they really need to be getting their ducks in a row so that they’re in a good position to be making strategic decisions on an informed basis, and actually being able to make decisions quickly.”

Companies with Russian links should be undertaking due diligence on their contacts to find “touchpoints”. This may not be as easy as it sounds. Not only will companies need to ask whether their direct contacts are affected but whether there are links further back, at a second, third and fourth level.

According to Sona Ganatra, a specialist with law firm Fox Williams, this could hit financial services firms with Russian links particularly hard as they consider the origins of funding. “It’s about understanding who the controllers and ultimate beneficial owners are.”

That reflects a stark difference between US and UK sanctions. US measures tend to target “ownership”. UK and EU policies aim not just at ownership but also “control”. It’s not just about whose name is on the forms, but who pulls the levers in the background.

According to Ganatra, the new sanctions framework will make it harder for firms to gauge the level of risk involved with business in Russia. “The new sanctions that are being proposed really make that decision more difficult than they did before … because it potentially goes so far.”

EU and US penalties

Companies will have more than UK sanctions to heed. The EU and US will impose their own range of penalties that will need careful consideration.

Subsidiaries and individuals based inside the European Union will be affected by measures imposed by Brussels. But, says Stacy Keen, US sanctions will need close monitoring too.

The US will potentially launch what it calls “primary” and “secondary” sanctions. Primary measures could apply to US companies, subsidiaries and personnel. But companies must also be aware that deals simply denominated in US dollars could fall foul of Washington’s rules because they flow through the US financial system. “That’s a way you can be impacted by the US sanctions, even if you’ve no other touchpoint beyond dealing in US dollars,” says Keen.

Secondary sanctions bear watching too, simply because the US could decide it will target non-US companies and individuals found in breach.

There may be exemptions, though those are not clear at the moment. And mitigation may be available to companies if they find themselves contravening the rules.

“Things can sometimes go wrong,” says Sona Ganatra. “And that’s even if you have the best systems in place. The reason why we always say to our clients to start thinking about doing an assessment and due diligence now is because that could help you formulate a defence.

“It might not stop you getting into difficulty, or an investigation against you starting, but it will certainly be a mitigating factor to say: ‘Look, we tried to assess it’.”

Russia sanctions and the regulators

Ganatra has another warning for financial services firms. Breaching the sanctions could also a trigger a regulatory review by the Financial Conduct Authority or the Prudential Regulatory Authority. And they have deals to share information with opposite numbers overseas, such as the US. “That’s where it becomes particularly tricky because US regulators are always more robust and willing to take action,” says Ganatra.

Sanctions may present more work for some companies than others. Another reasons to begin preparations as soon as possible. Stacy Keen observes that organisations familiar with the existing regime will already have preparations in place and new sanctions will amount to a “refresher” of their due diligence. For other companies things may be different.

“For businesses that haven’t perhaps appreciated their touchpoint to Russia, or are new to the market, or haven’t really taken their compliance programmes seriously, there is perhaps considerable work to be done.”