Peloton hits a bump in the road; ICAEW in row over fine cash; FRC adds non-execs; and how being LGBTQ-friendly enhances governance. 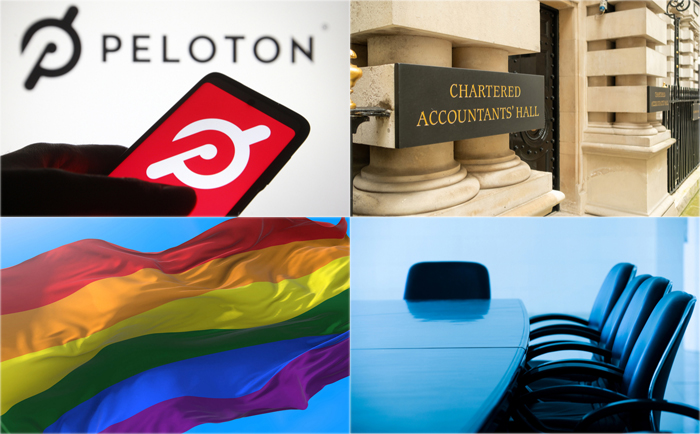 Get on your bike! That is what activist investors have forced Peloton chief executive and co-founder John Foley to do. His departure as CEO comes after complaints about the company’s performance, with 2,800 workers to be made redundant and plans for a new factory scrapped.

“We’ve made missteps along the way,” he told reporters on a call. “We own this. I own this.” Peloton bonked when the pandemic eased and interest in home fitness fell as people returned to their gym subscriptions.

High-profile French economist Thomas Piketty is in the firing line over his new book, Political Cleavage and Social Inequalities. This time its not for his fiscal proposals but for having a tilt at corporate governance. Piketty suggests leading shareholders—founders for example—should have their voting power significantly reduced to reflect only a third of the stock they own. Shares might even be owned by employees appointed to the boards.

Dutch academic Michael Schouten has taken exception to this idea. Writing for the Harvard corporate governance blog, Schouten says: “Piketty’s proposal may reduce the concentration of voting power in companies. But well intended as it may be, it’s unlikely to reduce social inequality.”

August accountancy body ICAEW (the Institute of Chartered Accountants in England and Wales) finds itself at the centre of controversy over the distribution of fines.

The row stems from the £13m fine imposed on KPMG for its work at Silentnight, the bed maker. The fine is imposed by the Financial Reporting Council, but the regulator’s work is partly funded by the ICAEW in return for money raised from fines, if and when they are levied. However, there are calls for the fine to be paid to the Silentnight pension scheme, where pensioners are set to lose out as a result of the company’s financial debacle.

One peer says there is a “moral obligation” on the ICAEW to hand the money over. A Conservative MP, Nigel Mills, says the Treasury should step in to redirect the cash. Either way, the row places the institute in an unenviable spot.

The ICAEW has said the Silentnight money is “not a windfall” and though it has “sympathy” with pension fund members, the scheme behind accountancy disciplinaries was not set up to provide compensation, nor does it have the legal expertise or experience to do so. It added that it has, in the past, borne the cost of other disciplinaries which saw no money returned to the institute.

Board revamp at the FRC

Speaking of the Financial Reporting Council, the watchdog has appointed a gaggle of new non-executives to work alongside new chair Sir Jan du Plessis.

Angela Cha is a lawyer, currently a non-exec at the NSPCC and a member of the Bath Building Society board; Sir Ashley Fox is chair of the Independent Monitoring Commission and previously an MEP; Clare Thompson is a former PwC staffer and has served as a non-exec at Bupa and M&G; and David Willis has been managing partner of Herbert Smith and holds a raft of non-executive roles, including chair of the audit committee at Queen Mary University of London.

The benefits of being LGBTQ-friendly

Equality remains a live debate in society, and researchers frequently probe its links with board performance. A new investigation suggests that LGBTQ-friendly policies enhance corporate governance.

Academics from around the UK found an LGBTQ-friendly workplace offers a “larger pool of candidates” and enhances a firm’s reputation. They also find companies are more likely to welcome LGBTQ employees if they come under pressure from investors.