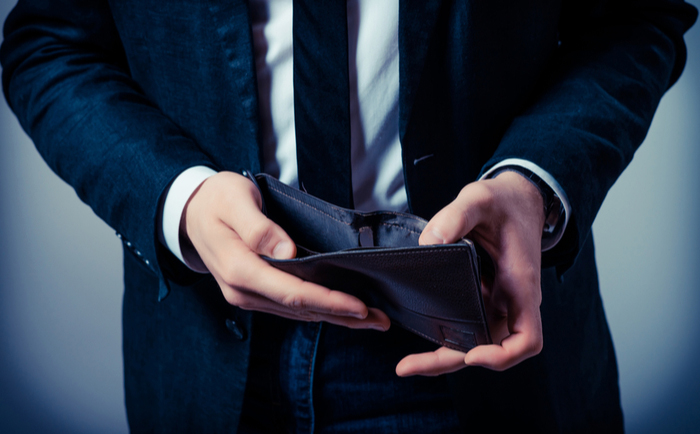 Executive pay is falling—and it’s all down to investor pressure. That’s one development. The other is that a leading investor has decided they’ve had enough of sounding the executive pay klaxon and is giving up.

The seemingly conflicting news came this week as global advisory firm PwC revealed a survey showing that median chief executive pay in the FTSE 100 had dropped by 9% to £2.9m. A third of CEOs receive no bonus, as a result of cancellation or waived or missing targets.

Many commentators looked on and concluded that shareholder pressure, including shareholder revolts during AGMs, were responsible. That seems to say the message is landing that executive pay should be reined in.

However, the news comes on the same day the Financial Times reports that Legal and General Investment Management (LGIM), the UK’s largest asset manager, is giving up on executive pay engagement because it appears to fall on deaf ears.

The FT reports that LGIM’s annual letter to audit committee chairs says most companies fail to act on the pay opinion it offers. Angela Benham, senior global ESG manager at LGIM, tells the FT: “Companies tend to do what’s right for management rather than listening to us, a shareholder.”

This dual story seems to have the board world wondering whether executive pay is caught in the process of more change. Kit Bingham, head of board practice at Heidrick & Struggles, says companies are being pushed on executive pay by investors, but 2020-21 has been an “unusual year” given the pandemic has played a major role in determining corporate thinking—including attitudes to pay.

It therefore may be sometime before it’s clear whether investor pressure is a “one-off” for the times, or part of a longer trend. That said, the PwC survey shows asset managers have clearly had some effect. “I think it’s a sign institutional investors are taking their responsibilities as stewards seriously and are challenging schemes that do not appear to fully link pay and performance,” says Bingham.

Sandy Pepper, a professor at the London School of Economics, agrees Covid-19 and investors have influenced pay trends. But he is concerned about LGIM’s decision. “I wonder whether it marks the start of a weakening of institutional investor interest in top pay—which may lead to a return to the collective action problems which meant shareholders generally ignored pay inflation before 2015.”

That view will doubtless concern campaigners elsewhere who have long advocated restraint on CEO pay levels.

Investors have been active though. Board Agenda analysis of the Public Register revealed shareholder revolts over pay in the first half of this year were up 51% on the same period in the previous year. 41 AGMs had seen votes of 20% or more against remuneration reports.

That was probably down to investors expressing their belief that chief executives should bear the same pain as employees during the pandemic. At the time Hans-Christoph Hirt, executive director of Hermes EOS, warned boards in a letter: “Management remuneration should be appropriately aligned with the experience of the wider workforce and society and adjusted taking a company’s circumstances into consideration.”

Executive pay is rarely far from controversy. PwC’s figures appear to reveal good news, but there is a view that the corporate sector may be in a transition. Only a return to some form of post-pandemic normality may reveal what is actually happening.