Past winners of The Sunday Times NED Awards reflect on the pandemic’s impact on non-executive directors—and the future of boards. 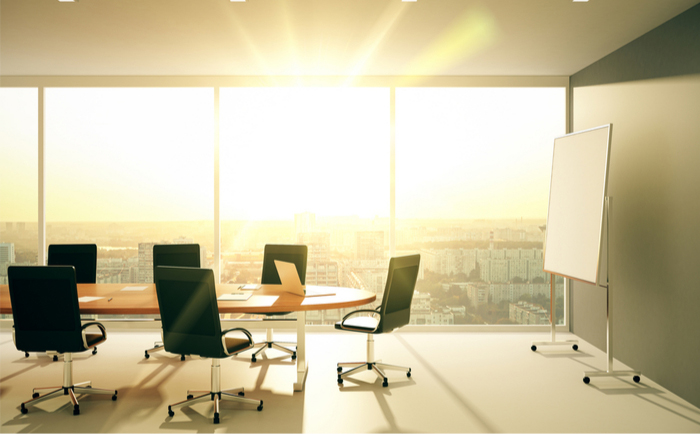 Just as the pandemic affected almost every aspect of modern life, so too have boardrooms and non-executives felt the dramatic impact of Covid-19.

Whether it be in the way board meetings are held, the business issues tackled, working from home or the personal struggles of colleagues dealing with illness or even bereavement, Covid-19 has caused many to consider the lessons learned and the changes that may be permanent.

According to Paul Drechsler, chair of the judges for The Sunday Times NED Awards, the pandemic hit each board and their non-executives in very different ways. “No two sectors were affected in the same way. There isn’t a pandemic formula. Some businesses made more money than they’ve ever made before. For some, they’ve had a near death experience. There is a tremendous diversity of experience depending on the products and services and the degrees to which they were impacted by the pandemic.”

“Some businesses made more money than they’ve ever made before. For some, they’ve had a near death experience”

But its worth bearing in mind that the past year has not just been about the pandemic. Boards have faced a barrage of major issues hitting their agendas, a fact that may explain why the experience has differed so much from one boardroom to another. Drechsler ably sets the context. Of course, there is the pandemic cycle itself which caused “discontinuities” (a cycle through collapsing demand back to coping with surging growth and all the attendant implications for supply chains and staffing). But with that comes a profound debate about the future of work and whether it is at home, the office or a hybrid.

Boards are also grappling with the implications of integrating ESG (environmental, social and governance) issues into their operations and strategies. At the heart of that is, of course, climate, given added momentum by COP26 in Glasgow, and the campaign for net zero. But looming equally large over boards is the intensified demand for boardroom and workplace diversity after the global Black Lives Matter protests triggered by the death of George Floyd.

Add to those challenges geopolitical concerns triggered by China, worries about multilateralism as the US develops its policy outlook, and the still emerging implications of Brexit and non-executives have a daunting array of issues to confront.

According to Drechsler there are many qualities needed to be a good non-executive, but the current political and economic landscape makes its own demands. “The ability of non-executives to assimilate the environment and adapt, I would say, is really, really important.”

Non-executives have had to dig deep during the past year. Of course, there was the initial reaction to the crisis which required a rapid response and bigger time commitments as board meetings multiplied. But it also pulled on different skills.

Ian Durant, chair of Greggs, the high street bakery chain, and winner of the FTSE All Share prize at the 2020 NED Awards, says: “Those NEDs with special skills, for example debt management, were called upon to bring them to bear very rapidly. There was a much quicker turnaround required for NEDs and a sense of making a more immediate contribution.”

It was not an easy adjustment. With personal contact and relationships at the heart of non-executive work, the loss of face-to-face meetings was keenly felt.

Yet though there may have been losses, there were gains, particularly in the lessons non-executives brought away about the functioning of boards and themselves. Dianne Walker, the 2019 Dame Helen Alexander NED to Watch award winner, and audit committee chair at Inspired and Scott Bader, says the pandemic likely acted as a catalyst in her becoming a more “assertive” boardroom participant as she reacted to the difficulties in being heard during video calls. “I’ve learned how to stand up for myself from a gender fairness point of view. Behaviours that in business may have been acceptable decades ago, I’m more than happy to call out at the board table or in business meetings.”

Non-executives also learned about their own companies. “We learned whether our organisations really were flexible and able to adapt,” says Bernadette Conroy, Not for Profit NED of the Year 2020 and chair of Network Homes. Every company has contingency plans for relatively small issues like an IT failure but the pandemic asked profound questions about organisational resilience. “We learned whether our contingency plans were sufficient,” says Conroy.

The pandemic also threw light on the relationship between boards and the world beyond their corporate horizons, especially at this moment of recovery. “We’ve got a responsibility to the communities we operate in. If we don’t come to the office all the shops and businesses around us, and the people they employ, don’t come back either. So, we have to ask ourselves … how much of that responsibility should sit on our shoulders as well?”

The crisis also focused on individuals. Conroy believes the pandemic taught board members to be more tolerant as virtual meetings allowed non-executives insight into the lives of colleagues as they coped with home schooling, illness or the loss of a loved one. “We’ve learned a lot about each other,” she says.

For Ian Durant “trust’ was a big factor in companies emerging from the crisis in good shape, whatever the difficulties along the way. “The culture of boards made a huge difference. Those boards that worked hard on their relationships between executive and non-executive—those where there was a lot of mutual respect and openness—tended to reap the rewards during a period of extended stress.”

But what of the future? For Walker, as with many non-executives, the first priority is restoring a sense of balance between executives and non-executives. The crisis saw lines between their responsibilities blur. Returning to the way things were—what Walker calls a “hover don’t land” approach to executives and their responsibilities—is an imperative. “It’s really important to go back to hovering and not landing,” says Walker, “and being able to challenge independently.”

Strategic thinking may also have to be reworked. Conroy says boards should renew their focus on the “long term” after an intense period of focus on short-term survival. “We’ve got to keep going with the ‘long term’ and manage the short term operationally.” She adds: “Boards need to avoid the knee-jerk reaction.”

“We’ve got to keep going with the ‘long term’ and manage the short term operationally. Boards need to avoid the knee-jerk reaction”

A renewed emphasis on the long term chimes with the mounting attention demanded by environmental, social and governance issues (ESG) which loom ever more largely as policy makers tackle the climate crisis. This may not be so much a lesson already learned, in some quarters, but one still to be confronted, according to Ian Durant.

“That is an arena boards are realising they have to understand and grasp more fully than they’ve had to in the past. That requires more time, more expertise, more insight, more understanding of complex matters. There’s a lot more expected of boards by shareholders,” he says.
That is undoubtedly the case. Regulation yet to take full effect will demand companies report on their net zero transition plans and on their climate risks. Shareholders will soon have much more information to analyse. More ways of holding boards to account.

Boards will need to adapt to the information demands and key contemporary issues. That may demand a change in board composition. Some anticipate a transformation within the next decade. Paul Drechsler says: “I would be surprised if there are many boards that don’t have 30 to 50% of people who are black or Asian. I’d be very surprised if boards don’t have one or two people under the age of 35, which is pretty unusual at this point, particularly at bigger companies.”

Drechsler is currently chairing the judges for the 2022 NED Awards and on the look out for the next generation of talent. They need to be well respected leaders and have made a difference to the way their companies are governed. They should also, perhaps, have a track record of bringing about change in the public and not-for-profits sectors. Top non-executives, according to Drechsler, possess a character and style that is “courageous, visionary, exemplary, respected, outspoken, disarming and humble”.

There is a last thing, he says. “We look for people who are making a difference in terms of diversity and inclusion, people who are doing good stuff with the next generation of leaders.”

It is the next generation the NED Awards 2022 will honour. They will be those who rose to the challenge of the pandemic—and all the other developments of the past year—and learned its lessons. The awards aim to find them.

You can find out more about  The Sunday Times NED Awards here. Nominations are underway and accepted until Sunday 28th November.