The International Sustainability Standards Board (ISSB) will incorporate other similar bodies to accelerate work on a single set of standards. 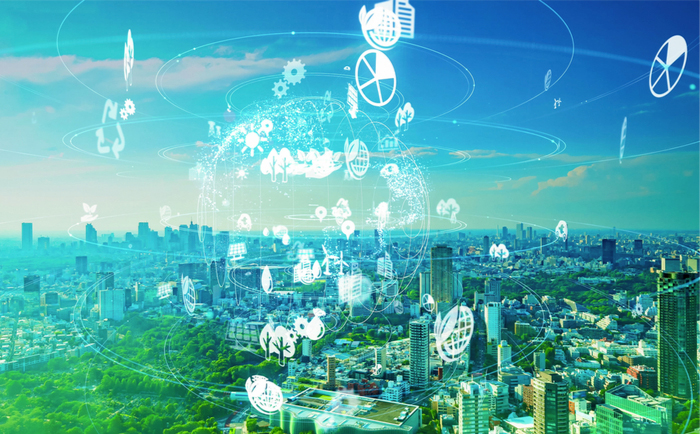 A new set of international sustainability disclosure standards are on the way and could be ready for companies around the world within a year.

Unveiled during the COP26 climate summit in Glasgow, the standards currently exist as a prototype to be chewed over by a brand new development body—the International Sustainability Standards Board (ISSB)—a unit to sit under the International Financial Reporting Standards Foundation, the organisation that oversees production of international accounting standards.

Trustees of the foundation not only revealed the creation of the ISSB and proposed new standards, but also that bodies working on alternative sustainability standards will consolidate into the new board, helping end the fragmentation of standard setting and accelerate work on a single set of international standards. That last move alone will come as a relief to many market observers who have long complained about the proliferation of sustainability standard setters around the world.

Other good news for companies is that the prototype standards draw heavily on a climate reporting framework launched in 2017 by the G20’s Task Force on Climate-related Financial Disclosures (TCFD), already in the process of becoming mandatory for premium listed and financial services companies in the UK. Additional material  comes from a number of other reporting frameworks, but the new standard is said to be “rooted” in TCFD. That should give those companies well-advanced in their TCFD preparations reason for cheer. Not least because chancellor Rishi Sunak announced last month that the UK would adopt ISSB standards once they were ready to roll out.

Erkki Liikanen, chair of the IFRS Foundation, stressed the needs of investors at the COP26 launch of ISSB. “Sustainability, and particularly climate change, is the defining issue of our time. To properly assess related opportunities and risks, investors require high-quality, transparent and globally comparably sustainability disclosures that are compatible with the financial statements.”

According to Mary Schapiro, former chair of US financial regulator the Securities and Exchange Commission (SEC) and now head of the TCFD secretariat, the ISSB will deliver “transformative change”, that will “build upon the foundation of the globally accepted TCFD framework”.

The ISSB has given a tight deadline. With time running out to correct the deadly rise in carbon emissions, the board hopes to have the climate standards ready to go in the second half of 2022. Adoption by the International Organization of Securities Commissions (IOSCO) should follow, and it will then be up to governments to implement the new standard.

That raises a question of whether there will be international agreement on use of the reporting rules. The G20’s Rome declaration offered a “welcome” for the project which is broadly supportive, but adoption by governments and regulators around the world will be needed to make them effective.

Notoriously, efforts to persuade the US to adopt International Financial Reporting Standards have struggled. That said, the SEC is currently consulting on the introduction of mandatory ESG disclosures for listed companies with many market players, among them BlackRock, the world’s largest asset manager, declaring support for TCFD and efforts on international standards.

Observers caution that the prototype standard is unlikely to be the final version released for consultation and that there may yet be significant work to be done in important areas. Yen-pei Chen, a corporate reporting expert for ACCA, a UK accounting body, says the draft standard is a good start, “but there’s still some key concepts still to be defined.” That includes the term “sustainability”.

Getting that right will be important if the new standards are to be aligned with advanced work already under way in the European Union on a Corporate Sustainability Reporting Directive.

The ISSB will be based in Frankfurt, which should help co-ordination. However, Chen warns the the international politics of standard setting will be important too, with outposts needed elsewhere in the world. “It’s important they bring the whole world on board, including the developing countries. A developing economies perspective needs to be brought in,” she said.

The standards announcement at COP26 was somewhat overshadowed by a speech from UK chancellor Rishi Sunak, which revealed that financial services firms and listed companies face a mandatory obligation to publish net zero “transition plans”, a measure which made headlines across press outlets this week but was trailed in the Treasury’s Green Finance plan in mid-October. The new information is that plans are due for publication in 2023.

Reporting requirements to support the battle against global heating are well advanced. But they will need to be implemented soon. Any delays could be costly.