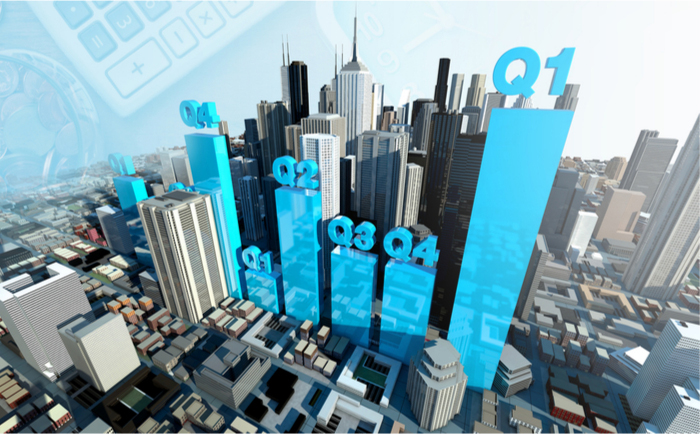 The issue of quarterly financial reports has been picked up by a team of German researchers at the University of Bremen intrigued to explore the effect of a 2015 EU reform—the Transparency Directive—which repealed mandatory quarterly reporting across member states.

After looking at companies listed on the Frankfurt Stock Exchange the team found that in the years to 2019, “information asymmetry” increased and company values decreased when quarterly reporting levels decreased.

In their report, the team concludes that “the reduction in firm value can be directly attributed to the policy change”.

The research looked at 361 firms listed as “Prime Standard” on the Frankfurt exchange between 2021 and 2019, and considered stock price information alongside quarterly reports, press releases and news wire reports.

The EU Transparency Directive allowed firms to choose the volume of content they included in their reporting. The researchers found that soon after the EU reform 44% of Prime Standard firms published quarterly financial reports, while the rest cut the information they disclosed. By 2019 only 24 Prime Standard companies published a complete set of quarterly reports.

However, not all firms suffered in the same way. The team notes that reduced levels of reporting affected smaller firms more than larger firms—an outcome than runs counter to the view that smaller firms find reporting a burden.

“From the perspective of investor protection, regular and comprehensive reporting seems to be necessary after all,” the researchers conclude.

Debate has swirled about quarterly reporting for years. On one side are observers claiming it encourages short-term thinking at the expense of long-term planning and growth. On the other are those who argue it promotes transparency and allows investors to make informed investment decisions. They also argue the spur to short-termism comes from elsewhere.

Quarterly reporting in the UK and US

In the UK, quarterly reporting came to a “quiet” end following recommendations in the Kay Review of 2012, which said reform would “reduce the pressures for short-term decision-making that arise from excessively frequent reporting”.

Asset managers such as Legal & General came out against quarterly reporting, saying in a letter to FTSE 350 boards that “providing the market with quarterly updates adds little value for companies that are operating in long-term business cycles”.

In the US the issue of quarterly reporting remains a live topic, with supporters of removing mandatory requirements on both sides of the political divide. Indeed, Donald Trump ordered a review after famously using his Twitter account to highlight the issue and prompting a regulatory review. At the time Trump was likely concerned about the distraction and effort expended by companies in dealing with a quarterly piece of disclosure. That said, Trump’s view found favour with many who otherwise vociferously opposed the Trump presidency.

That said, when the US financial watchdog the Securities and Exchange Commission collected views from the market they found most were in favour of the status quo.

Observers such as the International Corporate Governance Network (ICGN), an organisation for asset managers, argued quarterly “guidance” from companies is much more of a concern than reporting. Quarterly earnings guidance, the ICGN argued, is more likely to prompt the short-term reactions from both company managers and investors that caused campaigners to call for the end of quarterly reporting.

“This is probably the most sensible place to focus the overall debate, and a challenge to quarterly guidance—rather than quarterly reporting—is likely to be an issue on which many investors will agree,” an ICGN report said.

Debate about company disclosures and reporting will continue. And the Bremen team may well have given the argument fresh legs.