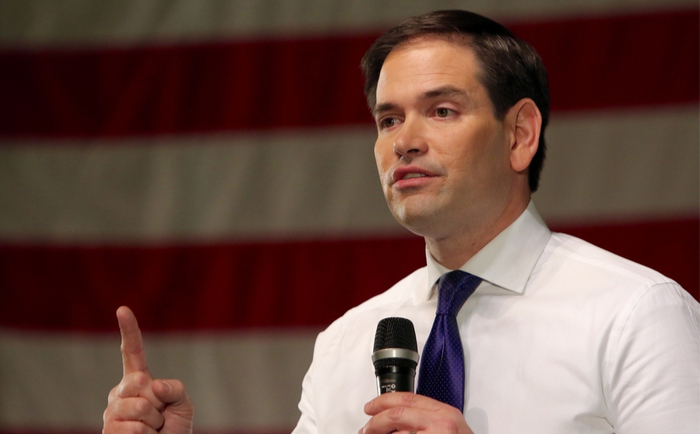 The “war on woke” has entered the field of US corporate governance. The move comes from Florida’s Republican senator Marco Rubio, who has proposed legislation making it easier for shareholders to bring legal action against company directors for breach of “fiduciary duty” if they adopt corporate social policies that raise the “spectre of political bias”.

In an article for the Harvard Law School governance blog, Rubio rails against elements of corporate America that have allegedly embraced the “woke revolution” reflecting the views of a “narrow, elite slice of the population against the views of the public as a whole”. These policy decisions, he argues, have “severed the once constructive connection between corporate America and the conservative movement,” and “undermines” the assumption that “large corporations are good for our economy and our society”.

His proposed law, the Mind Your Own Business Act, seeks to have public listed companies change their charters or bylaws making it easier to pursue directors if their decisions involve “political conflicts of interest” which, Rubio says, are “unrelated to the pecuniary interest of the company”. This might include decisions in response to state laws; denying the sale of goods to an industry (such as refusing to buy firearms); promoting ideas during employee training programmes that suggest the US is “fundamentally racist or sexist”; or recruitment policies based on “diversity, equity and inclusion”.

Rubio writes: “Political conflicts of interest can cause breaches of fiduciary duty, just like financial conflicts of interests. However, corporate leadership acts today as if they cannot.” He even suggests taking a “woke” approach to politics prevents “corporations from effectively serving their patriotic and neccessary” role of “serving the common good”

Rubio is not without support. One commentator on the Harvard website writes: “We need to revert to the sage advice and counsel of Milton Friedman expounded in his article, The Social Responsibility of Business is to Increase its Profits, in The New York Times Magazine on September 13, 1970. Stockholders over stakeholders.”

Rubio’s intervention follows a number of corporate actions and statements in response to political events. Big corporates were some of the first to stand by the Black Lives Matter movement. Nike tweeted: “Don’t pretend there’s not a problem in America.” When Georgia introduced laws to make absentee voting harder Coca-Cola levelled criticism at the legislation, Delta Airlines chief executive Ed Bastian called it “unacceptable”, and Major League Baseball moved its annual all-star game out of the state capital Atlanta. Famously, Twitter and Facebook banned Donald Trump following the riot at the US Capitol in January.

But there are also other developments. The Joe Biden administration has provoked a consultation on the introduction of mandatory ESG disclosure rules for US companies, a move that has triggered a hotly fought debate despite being widely supported by investors.

Rubio’s legislative move is seen by some as an effort to force “ESG concerns into a special interests corner”. One governance expert told Board Agenda: “As the business case for sustainability builds that argument against investors is getting stale and similar initiatives under the Trump era to quash ESG-related investing are being shelved.”

Another close observer, Richard Leblanc, a professor of governance at York University, Canada, and a teacher at Harvard, says assumptions about fiduciary duty around the world are “changing to recognise the short and long-term nature of this duty”. It is “appropriate”, he adds, that corporate governance recognises “broader internal and societal interests in decision making beyond profit and shareholder wealth”.

As for conflict of interests? Most companies have “robust” measures and controls in place to “constrain any interest that may be perceived to influence the ability to act only with regard to the nest interests of the corporation”.

Lastly, he argues if Rubio wants to strengthen the position of US shareholders they should be given the right to “communicate with and remove company directors”.

“The forgoing would have a far greater effect on strengthening corporate governance and accountability than restricting free speech would,” he says.

It was perhaps inevitable that corporate governance would become ensnared in the US culture wars over “woke” politics. CEO activism has seen an increasing number of leaders speak out on social issues, while research from Edelman, an international communications company, finds the public places an increasing level of trust in company executives. A push for companies to heed calls to play a greater societal role was bound to provoke reaction. It remains to be seen whether Rubio’s proposed legislation will win the support it needs to become law.