Each link in a boardroom network can facilitate both learning from the rest of the network and information diffusion to the network. 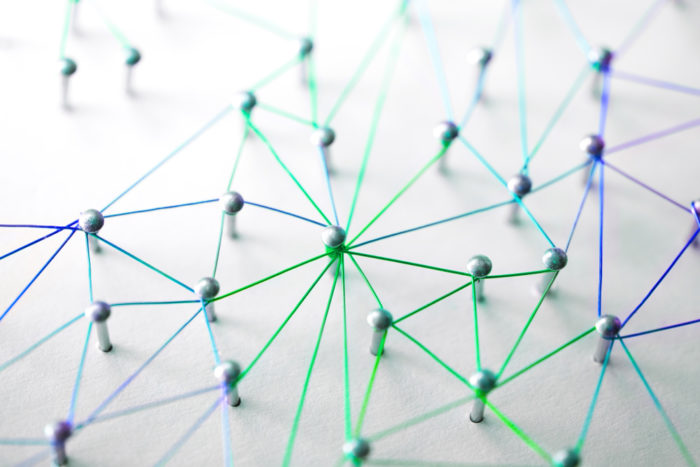 Boards have been the focus of both considerable academic research and policy discussions about governance reforms. Studies connect firm performance to the preoccupation and “busyness” of the directors, the diversity of the board, as well as directors’ networks.

Despite evidence of the important role that boards play in firm performance, the question of how board members affect that performance remains. In my paper “Boardroom network and corporate performance: When who you know contributes to what you know”, I address this question by studying the role of boards through the lens of information-sharing between directors that I characterise based on how central (important) a given firm is in the boardroom network.

The key challenge for identification of this information-sharing effect is isolating the impact of boardroom centrality from confounding factors. Both theoretical and empirical studies suggest that board structure is affected by the governance issues that firms face, and these governance issues are closely related to firm performance.

Thus, such confounding factors as the propensity of central directors to join high-performing firms or a tendency of highly skilled directors to be more central in the boardroom network, are affecting the observed relation between boardroom centrality and firm performance by making it appear more positive than it is.

At the same time, because I consider death events that take place at least two boardroom connections away from the firm2F, the corresponding changes in the network structure are plausibly unrelated to the firm’s performance. By not factoring in director deaths at the firm itself or at the boards of the firm’s direct neighbors, I mitigate concerns that characteristics of the deceased directors (eg, skills and expertise), characteristics of the firm, the matching between the directors and the firm, or director “busyness” drive the changes in firm performance.

Each link in a boardroom network can facilitate both learning from the rest of the network and information diffusion to the network. On the positive side, central firms likely have richer information about market and industry conditions, other firms’ experience with managerial and monitoring practices, strategies of their competitors and customers.

On the negative side, network connections can contribute to the dissemination of valuable information about the firm and its operations, leading to a potential loss of economic benefits. Boardroom debates can motivate board members to refer to their previous experience on another board to prove a point. For example, during a board discussion of whether to introduce a certain practice, directors might share their negative opinion based on their experience at another board.

Sharing this “meta-information” about the low efficiency of the practice for another firm might be more subtle than sharing the material information itself, and thus harder to detect as a breach of director duties. As a result, information dissemination regarding board deliberations might be an inherent characteristic of boardroom network interactions and curb the firm’s competitive advantage relative to firms that use the disseminated information to select well-tested practices.

These information transfers among firms likely affect highly central firms more due to their prominent position in the network. Therefore, depending on whether positive or negative effects prevail, central firms can be at an advantage or a disadvantage, respectively, as compared to less central firms.

I compare firms in the same industry-year in my sample of almost 40,000 firm-year observations and almost 5,000 firms from 2000 to 2015 and show that boardroom network centrality can in fact be a double-edged sword. I find that higher centrality decreases the return on assets for firms with higher levels of sensitive information subject to dissemination (R&D-intensive firms, firms with intangible assets, and firms with advertising activity).

Thus, the net effect of boardroom network centrality for a given firm likely depends on this trade-off between information collection and dissemination.

Inna Abramova is professor of accounting at London Business School.

board communication, board diversity, board information, Inna Abramova, research