As new laws emerge around Europe, it’s time for the UK to hold business liable for human rights abuses in supply chains around the world. 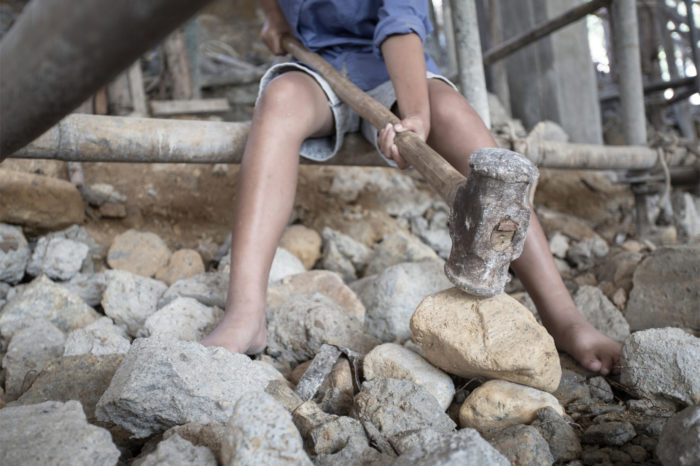 A year after the Modern Slavery Act came into force, then Prime Minister Theresa May was effusive in her praise for Section 54’s supply chain transparency requirement. It is, as she described it in 2016, “a world-leading transparency requirement on businesses to show that modern slavery is not taking place in their companies or their supply chains”.

Five years on, much has changed.

Instead of being “world-leading”, it is now increasingly understood that Section 54 quite simply fails to achieve what it set out to do on modern slavery and forced labour in supply chains—not to mention its wholesale lack of coverage of other human rights abuses.

“Companies selling to millions of British customers cannot guarantee that their supply chains are free from forced labour. Modern slavery legislation and BEIS Department policy are not fit for purpose in tackling this grave situation.”

That’s the damning view of Nusrat Ghani MP, chair of the Business, Energy and Industrial Strategy (BEIS) Committee, given in March this year as the committee reported on Uyghur forced labour in Xinjiang and UK value chains.

In the immediate aftermath of the Levitt report into exploitation in Boohoo’s Leicester supply chain, independent anti-slavery commissioner Dame Sara Thornton explained last year that she was “struck by the irrelevance of the Section 54 requirement to the debate”, adding that “if companies or sectors show no willingness to reform, the argument for making organisations liable for their decisions becomes increasingly compelling”.

Against this backdrop of now widespread awareness of Section 54’s severe inadequacies—further buttressed this month by a Foreign Affairs Committee report on Xinjiang, which cited our Coalition’s submission with Anti-Slavery International—there has been a step-change in the tabling of new laws and proposals across Europe.

More and more countries are making progress on more expansive mandatory human rights and environmental due diligence laws which cover a wide range of rights abuses and bring the “soft law” due diligence commitments of the UN Guiding Principles on Business and Human Rights (UNGPs) into binding, domestic force.

While the degree to which new laws successfully tackle human rights abuses and environmental destruction in supply chains will ultimately be determined by the extent of coverage of supply chain tiers, liability provisions, monitoring and enforcement with sanctions, it’s clear that there is an international consensus building around a new status quo.

In the Netherlands, Germany, Norway and Belgium, among others, new due diligence laws have been passed or are likely to be in the very near future.

There is an international consensus building around a new status quo

Added to this is the landmark ruling against Shell at the UK Supreme Court this year which clarifies that UK parent companies can have a “duty of care” for harms suffered overseas at the hands of their subsidiaries—adding a common law duty to the already complex maze of rules and laws faced by businesses on human rights in supply chains.

Just last year, a survey by the esteemed British Institute for International and Comparative Law (BIICL) found that more than 80% of British businesses surveyed agreed that new legislation may benefit business by providing vital legal certainty on obligations. And while EU businesses with a combined turnover of €350bn came out in force last year in support of new due diligence legislation, in the UK a similar awareness is now building.

Fashion brand Asos is one of the first to break cover in the UK with its demand in The Times that the government “must adopt mandatory human rights due diligence legislation”.

But mirroring our Corporate Justice Coalition‘s call for a strong liability mechanism to ensure compliance and side-step the ineffective “tick box” framework of the Modern Slavery Act, Asos goes further. It calls on the Bribery Act’s “failure to prevent”—wherein adequate due diligence is a defence from liability—to be built into a new law to “hold businesses and leaders to account for not doing enough to stop all forms of human rights abuses—including modern slavery—wherever they occur, and in turn ensure that victims have access to justice.”

It was back in 2017 that the UK’s cross-party Joint Committee on Human Rights first called for a new human rights duty on companies, modelled on the Bribery Act. At the last General Election, both Labour and the Liberal Democrats called for due diligence requirements in their manifestos, while since then the Labour front bench has pointed to progress made in Europe and called for similar UK laws to ensure companies not doing due diligence face sanctions.

Exactly a decade on from the UNGPs, which the UK government still cites as its lodestone for realising rights in global business operations, the government is rapidly running out of road as it continues to speak of its commitment to human rights but fails to keep pace on business and human rights rules.

As a new status quo emerges, civil society groups have a simple ask of progressive businesses and their boards: join the growing calls for a new normal which meets consumer and public demand, is in line with neighbouring jurisdictions and sets a long overdue high bar for business and human rights.

Long-term, responsible businesses will be resilient business—and if you don’t want to see loopholes that allow the irresponsible to profit off the back of human rights abuses and environmental destruction, now is the time to join the calls for change.

Mark Dearn is director of the Corporate Justice Coalition.