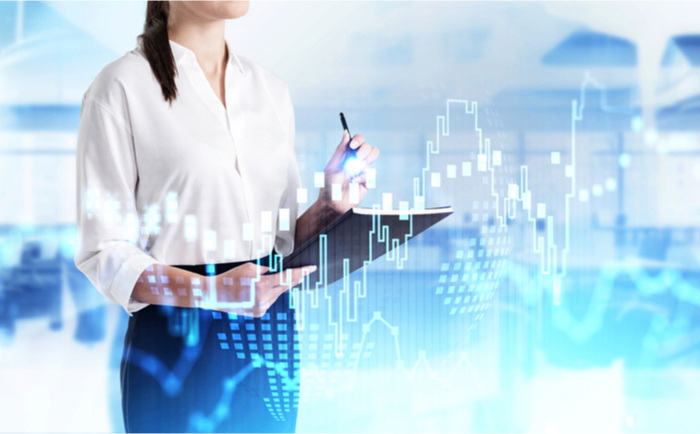 Much is written about gender differences in boardrooms, the headlines mostly won by discussion of whether female chief executives and non-executives might be at an advantage. New research however suggests analysts may prefer a female chief financial officer. At the very least they seem to appreciate their performance during earnings calls.

After analysing more than 96,000 earnings calls hosted by 2,800 companies in the US between 2009 and 2019, researchers find that female CFOs appear to be greatly appreciated.

In a paper titled Benefits of Having a Female CFO, the team finds that female finance chiefs tend to make more conservative presentations that are “more concise, clearer, direct and contain more numeric data” than male counterparts.

In addition the academics find that female CFO “tone” (a measure of positive vocabulary versus negative words) is more conservative than male colleagues, with fewer “euphemisms and clichés” that might obfuscate their meaning.

Female CFO decision-making also seems to part company from male opposite numbers, with inventories growing at a slower pace, investment and smaller amounts invested in capital expenditures and acquisitions.

What’s more, investors seem to be aware of the difference; at least, they react more strongly to the tone of female CFO statements.

“Our study is titled Benefits of Having a Female CFO and we are happy to report results that strongly suggest such benefits,” the authors Julia Klevak, Joshua Livnat and Kate Suslava report. “Investors appear to appreciate these benefits of clear, direct, concise and conservative presentations especially because they are followed by more conservative managerial decision-making and stronger associations with future firm performance.”

Why the lack of female CFOs?

The bad news is that there are fewer female CFOs than male. Only 11% of CFOs in the data set are female, though the researchers find that the proportion increased from 9% in 2009 to 12% in 2019.

The low numbers pose serious questions the researchers so far find themselves unable to answer. “We must asked ourselves whether the small proportion of female CFOs is the result of inherent bias that is difficult to overcome, or due to self-selection of females who choose to avoid such careers in spite of the potential advantages they bring to these careers and to the firms who employ them.”

There is much research looking at the effects of gender differences in the boardroom. A team from the Université Paris-Dauphiné recently reported that companies appear to perform better on environmental and social measures after they’ve appointed female directors.

In the UK, targets for gender balance in boardrooms has been met mainly through the appointment of non-executives, with female representation among executive directors lagging far behind.

Writing for Board Agenda, Fiona Hathorn of Women on Boards says: “Our understanding of the barriers holding back talented women from the top jobs has progressed. Expansion in flexible working, paternity and shared parental leave and reductions in sexual harassment are mechanisms which reduce some of the structural barriers that hold women back. No longer innovative, these are standard practice for modern organisations.”

However, progress is slow and there is a wait time for policy measures to work. Last month a report for the UK’s key governance regulator, the Financial Reporting Council, found there is a positive correlation between higher levels of gender diversity and better financial performance. It recommended nominations committees should themselves become more diverse if they are to improve diversity in companies.

Gender diversity is a key issue and this latest research suggests there is a pay off for having female CFOs. It remains only for companies to do the training and recruitment.