The Corporate Justice Coalition says the UK cannot be viewed as a leader on human rights based upon the current Modern Slavery Act. 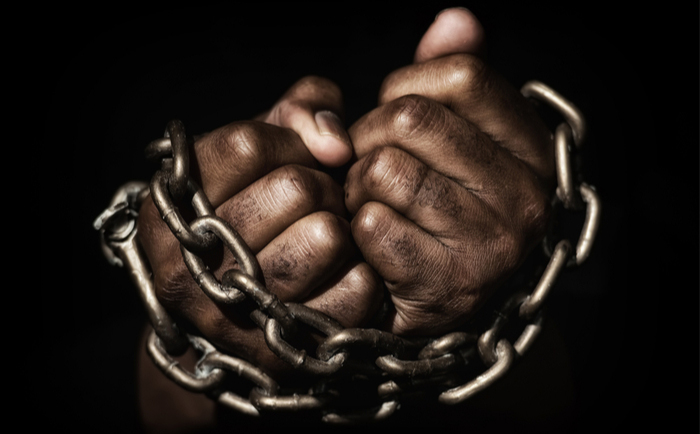 There is now major pressure for the UK to update its laws governing the way companies approach the risk of human rights abuses in their supply chains.

Some form of action looks almost certain. Campaign groups, including NGOs, and businesses, demand it, legislators are pressing for it and government ministers have even pledged some minimal change. The only uncertainties seem to be the timing and degree. Business leaders should keep watch.

Much of the current activity is driven not just by the scandal last year surrounding UK clothing retailer Boohoo and factory conditions in the Midlands, but also the trade relationship with China and the treatment of Uyghur people as forced labour in the Xinjiang province of China. But it is also concerned with the UK’s current way of addressing supply chain issues through the Modern Slavery Act. Slavery, campaigners point out, though appalling, is only one aspect of human rights.

The latest instalment comes in a campaign launched this week by a group of 30 organisations under the umbrella Corporate Justice Coalition (CJC) calling for new laws to hold companies to account for human rights abuses in supply chains. The CJC insists the existing Modern Slavery Act has failed.

While the act demands transparency through an annual report on what companies have done to assure themselves supply chains contains are free of human rights breaches , the CJC says UK law must now go further than transparency. It wants companies to have an obligation to act and report on measures taken, as well as liability for companies and, potentially, directors.

That would bring the UK into line with the French “duty of vigilance” law and the Swiss Responsible Business Initiative. There are similar pieces of law in Germany and Norway while the European Union is working on new laws expected to be tabled in the autumn. The EU pushing ahead with its own law has fuelled activity at Westminster as campaigners make a “level playing field” argument: those trading with the EU will have to comply; those trading elsewhere will not.

According to Mark Dearn, director of the CJC, the UK cannot be viewed as a leader on business and human rights based upon the Modern Slavery Act as it currently stands. The act, he argues, fails to guarantee supply chains are free of human rights abuses. He’s also upbeat: consumers do not want their goods and services “tainted”.

“Human rights due diligence is the new status quo; it’s not a question of ‘if’ it’s coming but ‘when’.” He adds: “To be a responsible business why wait for something coming down the track when you should be doing this anyway?”

The CJC’s position is buoyed by at least one business, fashion retailer Asos, saying that it wants to see mandatory human rights due diligence introduced in the UK.

The government has indicated it is listening to some arguments. In January foreign secretary Dominic Raab said the government would push ahead with measures including a review of export controls so they are sensitive to human rights transgressions in Xinjiang and financial penalties for “organisations” that fail to comply with current terms of the slavery act. There will also be more guidance for companies setting out the risk of trading in Xinjiang.

UK Modern Slavery Act ‘is out of date’

In March, however, the House of Commons business committee published a report calling for more stringent action on the Uyghur crisis and supply chain due diligence. The report declared: “The Modern Slavery Act is out of date, has no teeth and we do not accept that business should be excused from doing basic due diligence to guarantee that their supply chains are fully transparent and free from forced labour and slavery.”

The committee sought a review of legislation to see if breaches of the slavery act could be the basis “for future disqualification” of directors and companies from registration.

It also urged the government to get on with its reforms and consider strengthening the transparency rules as well as creating a “digital depository” on the government’s website of modern slavery statements.

The government has largely ignored the committee report, especially its call for a timetable to reform legislation. A subsequent letter addressed to a business minister from committee chair Darren Jones, and member Nusrat Ghani, expresses outrage. It makes the painful point that UK companies currently face greater sanction for filing their accounts late than breaching modern slavery reporting rules.

“Sadly, the government’s response simply reinforces our report’s view that there is a lack of coherence and urgency in government in dealing with modern slavery, especially in Xinjiang,” the letter says.

Elsewhere there are efforts under way to go further. In the House of Lords a private members bill has been launched that would amend the Modern Slavery Act to make it an “offence” if information in slavery statements is “false or incomplete in a material particular,” and the person in charge “either knows it or is reckless as to whether it is”. The amendment also seeks to make company directors and partners directly “responsible” for slavery statements.

The government faces competing demands. It must balance the need to address human rights in supply chain with a desire to foster a trading relationship with China post Brexit. At the same time the EU is set to harden its stance with new laws and, as a result, create an imbalance between UK companies trading inside the union and those doing business elsewhere.

That’s a conflict ministers will be under pressure to resolve and most of the world is only heading in one direction: tougher supply chain due diligence. Pressure is building and the government has some work to do. Boards must be alert for some form of change in the not-too-distant future.