As events repeatedly demonstrate, supply chain disruption is a given. Here’s how improving resilience can benefit your wider strategy. 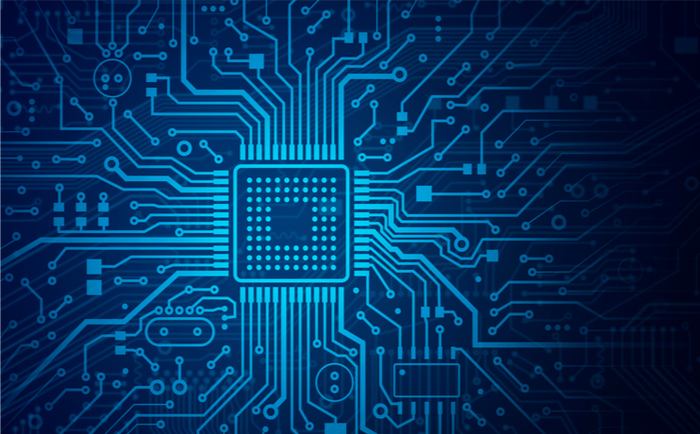 New Year 2021 brought unwelcome news for the world’s automotive industry: a global shortage of semiconductor chips, which these days are essential components in modern vehicles. The cause? Manufacturing capacity shortages: with vehicle demand rising, chipmakers were instead reserving supply for manufacturers of smartphones, computers and gaming devices.

And then, in mid-March, came more bad news. With supplies of chips further constrained because of semiconductor factory shutdowns in Texas due to power blackouts caused by cold weather, a fire then destroyed part of a Japanese semiconductor factory owned by Renesas Electronics, one of the world’s largest manufacturers of chips for the automotive industry.

A disaster—or was it? The news was bad, conceded industry insiders. But much had changed since March 2011, when the Tohoku earthquake and ensuing tsunami that hit north-eastern Japan had knocked out seven of Renesas’ 22 plants, with the worst-affected factory remaining off-line for several months. Back then, car factories around the world had ground to a halt as semiconductor chip supplies ran out.

Paint had been another problem area: pigment manufacturer Merck KGaA supplied car makers such as Honda, Ford and Chrysler from its seven plants in Japan—including one earthquake-damaged plant that was the world’s sole source of the paint pigment Xirallic.

In both cases, lessons had been learned. Car makers held more inventory, and required their suppliers to do the same. Rather than sole-source from single companies—or worse, single plants—dual-sourcing and even triple-sourcing had become stated policy for critical components. Disaster plans had been put in place, with carefully thought-through mitigation measures ready to be rolled out.

“The focus of supply chain management is no longer purely about cost optimisation, but embraces business-critical issues such as resilience, sourcing risk, business continuity and reputational risk”

But worryingly, many other industries are less advanced than the automotive industry when it comes to supply chain resilience, say experts. Consequently, their supply chains are far more vulnerable to disruption, putting at risk their operations and profitability. Brexit, the Covid-19 pandemic, trade wars and political tensions, natural disasters such as the 2010 eruption of Iceland’s Eyjafjallajökull volcano and the subsequent closure of much of Europe’s air space: again and again, supply chain resilience is put to the test. And often, found wanting.

“In today’s world, supply chain disruption is a given, as events repeatedly demonstrate—just look at the unexpected blocking of the Suez Canal by the 220,000-tonne Ever Given in late March,” says Matt Dalton, head of consumer at professional services firm Mazars. “The focus of supply chain management is no longer purely about cost optimisation, but embraces business-critical issues such as resilience, sourcing risk, business continuity and reputational risk.”

And ultimately, he says, responsibility lies with the board to ensure that the right balance is struck between cost optimisation and these other risks and vulnerabilities. Often, he points out, there is a direct connection between poor governance in terms of resilience and sourcing risk, and consequent damage through impaired business continuity and reputational harm.

For proof, look no further than businesses such as computer giant Apple and sportswear company Nike, which both suffered supply chain disruption and reputational damage due to exploitative labour relations among suppliers. Or retailers such as Walmart, Benetton, Matalan and Primark, which were sharply criticised by consumer activists after garment factories housed in the nine‑storey Rana Plaza building in Dhaka, Bangladesh, collapsed in April 2013, killing over 1,100 workers.

Nor are these isolated examples. Today’s consumers are increasingly concerned about environmental and labour exploitation issues, and keen to ensure that their purchases aren’t causing harm on the other side of the world. In parts of India and Bangladesh, for instance, the dyeing of textile fabrics—often intended for Western consumers—has caused extensive water pollution through the unregulated dumping of waste water, ruining farmland and contaminating water suppliers. Sustainable sourcing of fish, timber products and edible oils are another “hot button” with consumers.

The bottom line: the wrong sourcing decisions can inflict not only supply chain disruption if things go wrong, but can also inflict reputational damage if consumers’ ethical expectations are not met.

What to do? Start by asking some awkward questions, advises Mazars’ Dalton: often, relatively simple and straightforward questions will turn out to have far-reaching—and disturbing—implications.

“Where are suppliers located—not the headquarters location, but the manufacturing location? What would happen if the business couldn’t source from there anymore? In the case of critical items, where are suppliers’ suppliers located? Is the business over-reliant on one or more suppliers? Is the business over-reliant on one or more particular countries or geographic regions of the world? And are there any emerging geopolitical concerns in respect of trade frictions, tariffs, trade wars, regulatory issues or other impediments to the free movement of goods? These are all useful questions to ask, especially if the answers are unclear or uncertain.”

Resilience and other board concerns

What might be less clear is how to address any resulting concerns, adds Helen Parker, director of Mazars’ business consulting team. And once again, she stresses, it’s often the case that measures taken to improve resilience turn out to usefully tick boxes in terms of other agendas, as well—sustainability, ESG aspirations, consumer concerns in respect of ethical sourcing, and the avoidance of reputational risk in terms of human rights and abusive labour practices.

“Reshoring items sourced from the Far East, for instance, can sometimes be more of a practical proposition than is often thought to be the case,” she points out. “Once, Chinese labour costs were low, and container freight rates cheap. But in recent years, wage rates in China have risen rapidly, and freight rates are proving volatile: January 2021, it cost $14,000 to ship a container to Europe, versus the $2,500 it cost a few years ago. Reshoring improves resilience, raises supply chain transparency levels, delivers on consumer expectations in terms of buying locally, and is far more environmentally sustainable.”

If reshoring isn’t appropriate, near-shoring could be an option. So instead of sourcing from the Far East, businesses buy from suppliers located in Eastern Europe, North Africa, or in countries such as Turkey. It’s not quite as environmentally sustainable as reshoring, nor quite as resilient, but often turns out to be a reasonable compromise.

Which near-shoring location is best? There are no hard-and-fast rules, stresses Parker: model the various options, she advises, plugging in the various costs, freight rates, and applicable tariffs. Don’t forget, either, that near-shoring generally results in an inventory reduction, compared with sourcing from the Far East.

Brexit—and also the Covid-19 pandemic—have also prompted businesses to review their sourcing decisions. Prior to Brexit taking place, much of the talk was of hold-ups to trucks at Dover. Now, with actual experience of being outside the EU, businesses are realising that exports too can be subject to lengthy delays, sometimes of weeks. The costs of the various certificates that exports may now require has also made smaller export shipments uneconomic. Again, in response, supply chains are changing, with factories and warehouses positioned inside the EU being considered as an option.

“Often, businesses hold excess inventory as a buffer against uncertainty: with lengthy supply chains, and sourcing from thousands of miles away, it can be difficult to know exactly where shipments are, and when they might arrive. But technology these days can provide those answers, raising resilience, and also meaning that businesses don’t need to hold so much inventory, which equates to lower costs.”

“It’s about being value-driven, rather than just cost-driven”

Roll it all together, concludes Mazars’ Dalton, and enhanced supply chain resilience can deliver many benefits other than simply more resilience—another reason why boards should take an interest in it.

“Previously, businesses largely optimised their supply chains for cost: now, they’re having to optimise for resilience and sustainability as well. This is more complex, but delivers a broader set of benefits. In other words, it’s about being value-driven, rather than just cost-driven. And in terms of the companies with which we have worked to achieve this, almost all of them say that they wish they’d done it sooner.”

This article was written in partnership with Mazars, the professional services firm.