A study into compliance with workforce engagement provisions in the UK Corporate Governance Code shows no firms chose an employee director. 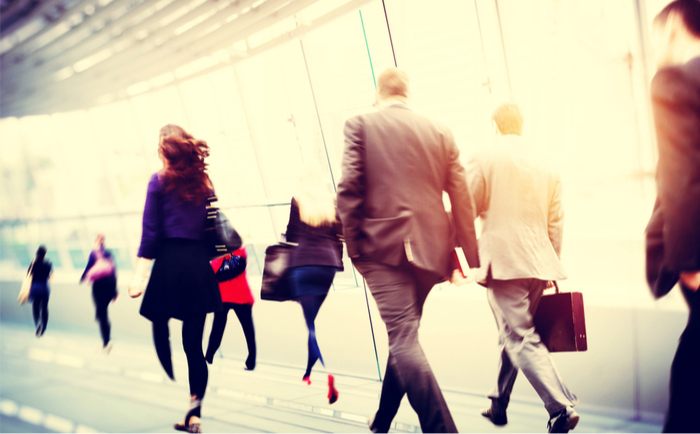 Not so long ago the idea of workers on boards was a hot topic; former prime minister Theresa May even made it part of her forlorn efforts to make society more equitable. It seems big companies don’t like the idea.

In the first research to look at the use of workforce engagement provisions in the UK Corporate Governance Code, it is apparent not a single FTSE 100 company has opted for an employee director as part of their compliance with the guidelines.

The research also found little evidence of how engagement with employees fed through into company decision-making, as well as a mixed bag of reporting of how engagement processes work, some of it “poor”. A substantial number of companies chose to ignore the options provided by the code and stuck with their own engagement structures.

Researchers Katarzyna Chalaczkiewicz-Ladna, Irene-Marie Esser and Iain MacNeil, legal academics at the University of Glasgow, conclude there is a “lack of a consistent approach in implementing” the workforce engagement provision. They add there is “not much evidence of how workforce interests are integrated into decision-making or strategy”.

In 2018 Provision Five of a freshly amended code asked companies to spend more time gathering the views of employees and offered three options: a dedicated non-executive director, a workforce advisory panel or the appointment of a worker as board member.

A survey of the UK’s largest 100 companies shows 61 complied and chose options in the code, while 34 went their own way with alternative arrangements.

Of the compliant, 25 opted for non-executive directors, 21 went with advisory panels and 15 put in place a combination of both. No company appointed a board member from the workforce.

As for disclosure of engagement structure details, the researchers find that companies opting for an advisory panel revealed the most information. Those who gave engagement responsibilities to a non-executive provided the “poorest” reporting.

Most companies failed to provide good reporting on their “justification” of the engagement option they chose with many “simply listing the relevant/opted tools without further reflection”.

But perhaps most relevant test of the intention behind the introduction of worker engagement is whether it affects corporate decision-making. From the disclosures so far it is hard to tell.

“There is only limited evidence showing that the workforce is considered strategically or that employees are actually involved in board decision-making,” the researchers write. They add that evidence of board decisions made as a result of communicating with workers is “scarce”.

That may leave governance observers wondering whether enagement had no impact on decision making, whether records were kept or whether companies simply couldn’t tell if the views of employees had any effect.

Some observers are unimpressed by the choices made by boards. Janet Williamson, a senior policy officer with the TUC, says the FTSE 100 companies have given up a chance to bring an employee experience in to their meetings. The TUC, she adds, wants to see all companies with more than 250 staff required to appoint worker representatives to their boards.

“Where it’s in place,” says Williamson, “the contribution of worker directors is hugely valued by other board members.
“The fact that no FTSE 100 company has chosen the worker director route is a huge missed opportunity to benefit from a workforce perspective in company decision-making.

“Designated non-executive directors are no substitute for worker directors.”

Others note companies shying away from worker directors but argue it is neither a surprise nor the issue. Amin Aboushagor, a corporate governance expert at the Institute of Directors, says: “Ultimately, the method chosen matters less than ensuring that the workforce perspective is communicated to the board.”

Elsewhere the view is that this is still early days for UK companies dealing with a new requirement. Peter Swabey, policy and research director at The Chartered Governance Institute, says the body’s own research found that non-executives were the most popular choice in the FTSE 350 and notes that the FRC has been critical of some reporting.

“That said, this is a relatively new requirement and our experience is that companies learn from each other, hence our focus on good practice in reporting.”

The current discussion of worker involvement in boardroom decisions comes as part of a wider effort to persuade companies to take stakeholder concerns more seriously.  In 2016 Theresa May floated the idea of workers on boards as part of her campaign to become Tory party leader, while in its 2019 election manifesto the Labour Party pledged to place employees in boardrooms as well as introduce two-tier boards. Worker engagement was introduced in 2018 with reporting to begin for the 2019 financial year.

As the researchers point out, worker engagement represents a “key stage” in the development of the UK code and marks a move from using “disclosure” as the main regulatory tool to the deployment of “process” as an instrument for conducting a change in governance. If regulators see it working out that might offer encouragement to use “process” more often.

But these are early days, as noted. The researchers only look at the first year of workforce engagement. Companies were expected to take the most conservative option. That said, there is enormous pressure for companies to switch from a shareholder to stakeholder model of governance. That may yet have further effect in the future.