Lord Norman Blackwell scoops the FTSE 100 non-executive of the year award in a year that presented “immense challenges” for boards. 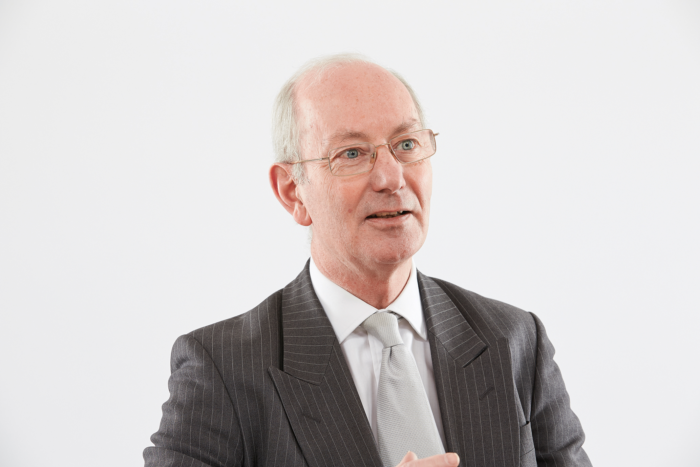 Lord Norman Blackwell has been named the FTSE 100 non-executive of the year, while Mike Gahir is the Dame Helen Alexander “NED to watch” in the 2021 Sunday Times/Peel Hunt Non-Executive Director (NED) Awards.

The awards mark a unique moment as accolades this year go to winners and finalists for their work last year during the pandemic when businesses fought to manage their response to both a health emergency and an economic crisis.

Among the winners is Baroness Eliza Manningham-Buller, who takes the award for non-executive at a not-for-profit/public service organisation for her work as chair of the Wellcome Trust.

Paul Drechsler, chair of the awards judging panel, said: “The judges were hugely impressed with the achievements of the 2021 nominees and really struck by the commitment, care and competence of each one of them. This is the same combination of strength that has characterised the leadership of the NHS, the Army and other public services who helped navigate the immense challenges of coronavirus.”

Steve Fine, chief executive of Peel Hunt and a fellow judge, said non-executives faced “incredibly tough decisions” during 2020 attempting to balance the needs of staff, shareholders and other stakeholders.

“It was a year where boardrooms and non-executives had to deal with unprecedented and unthinkable issues never before experienced throughout their careers,” he said.

Lord Blackwell earned his prize for his work as chair of Lloyds Banking Group from which he retired in January. The judges said he won the FTSE 100 award for “quiet resilience and steadfast commitment,” particularly during the events of last year.

“Lord Blackwell naturally embodies purpose in everything he does, championing diversity and gender equality at every turn, with a firm belief that acting responsibly and ethically should not come at the detriment of shareholder returns, but rather be an integral part of achieving them,” said the judges.

Mike Gahir won the Dame Helen Alexander award for his work at Steps to Work, a charity devoted to providing support for unemployed people attempting to rejoin the workforce. Gahir helped deliver a turnaround strategy for the charity amid fallout from the pandemic.

Judges said: “As well as reshaping and bringing new levels of scrutiny, transparency and accountability to the board, Mike has worked hard to redefine the charity’s purpose, stakeholder engagement and governance, showing excellent leadership, compassion and a passionate commitment to diversity, which together made the standout winner of this award.”

Baroness Eliza won for the “sheer scale of her contribution” chairing the board of governors at the Wellcome Trust, according to judges.

“With the value of the charity’s investment portfolio more than doubling during her time as chair, Baroness Eliza spearheaded an ambitious new strategy in the midst of the pandemic, enabling the organisation to maintain a consistent level of charitable spending, while supporting global research and other vital initiatives to advance human health at a time when this has never been more important.”

This year’s prize for lifetime achievement goes to Sir Donald Brydon, a former chair of Royal Mail and the London Stock Exchange. He is also the author of the Brydon Review examining the scope and content of audits in the UK, work likely to prove central to reforming the role of auditors.

Described by judges as “never afraid to challenge his chief executives and even shareholders when needed”, Sir Donald was lauded for his ability to take on complex board roles “when others would not” and “improving every board that he has been a member of and leaving each one stronger than when he joined”.