The report recommends pushing ahead with dual-class shares on the London Stock Exchange, with a consultation on the proposals to follow. 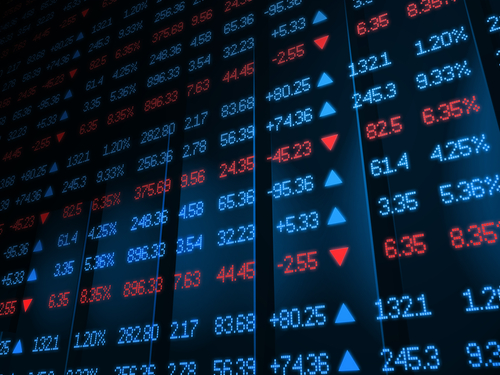 London has moved closer to the introduction of dual-class shares. Though contentious, a new report compiled for the UK Treasury recommends pushing ahead with dual-class shares for the London Stock Exchange to help calm the fears of nervous tech company founders as they search for a place to list.

While some will welcome the proposals by the report’s author, Lord Hill, there are those unsettled by his conclusions. The measure is much debated in corporate governance circles and comes with a catch.

The report says shares with extra voting rights should last only five years; the maximum weighted voting ratio should be no more than 20:1 (that would mean a 4.8% shareholding would command 50% of voting power); limits on who can own weighted shares (a founder); and limits on the use of weighted shares (remaining a director and takeovers).

Competition from other markets

Lord Hill’s report says that founders seek extra voting rights because they fear their vision being “derailed”, or having their companies taken over before their vision is able to “come to fruition”.

But dual-class shares, along with a raft of other reforms Lord Hill proposes for the UK’s listing regime, are part of a bigger concern: London has been losing its sheen as a place to list.

“Why do we need to act?” asks Lord Hill in his introduction letter to the chancellor of the exchequer. His answer: though a listing in London is viewed as a “mark of quality”, between 2015 and 2020 London won only 5% of global flotations. The number of listed companies in the UK has shrunk 40% since a peak in 2008.

There is hot competition from markets elsewhere. “Commentary about increased flows of business to Amsterdam makes the point that we face stiff competition as a finance centre not just from the US and Asia, but from elsewhere in Europe,” writes Lord Hill.

The big competition remains the US where tech giants like Facebook are listed. But markets such as Hong Kong and Singapore have in recent years changed their rules in an attempt to capture the listing business of China’s tech behemoths. In Europe, Denmark, Finland, France, Italy, Ireland and Sweden all allow dual-class share structures.

Some will nod a welcome to the recommendations. The Institute of Directors (IoD) has supported dual-class shares. Though it has reservations about some of Lord Hill’s recommendations, the institute’s head of policy, Roger Barker, says: “It would allow founders to retain greater control of their companies for a period of time, and provide a shield against the short-term demands of the stock markets during the early growth and development phase.”

Barker adds that the conditions “rightly” come with conditions. There are those, however, disappointed by the dual-class shares narrative. This includes Lord Hill’s proposal to reduce the free float threshold to 15%.

In a letter sent to Lord Hill as part of his review, the International Corporate Governance Network (ICGN), says dual-class shares and the lower free float limit form a “a trade-off that waters down regulatory standards at the expense of investor protection”. It adds that the proposals would be “unwelcome” for many institutional investors.

“We are concerned in particular that we are witnessing a ‘race to the bottom’ by major global stock exchanges seeking to attract listings by watering down governance safeguards,” the letter says.

In a litany of evidence suggesting dual-class shares do not over time provide greater benefits to shareholders, the ICGN cites a Stanford University study by David Larcher and Brian Tayan that concludes that companies with dual-class shares have “lower governance standards”.

Remarks by the chancellor, Rishi Sunak, in a press statement, appear to brim with enthusiasm for Lord Hill’s recommedations saying he has “more than delivered” on his brief. The Treasury will now move to a consultation on the proposals. The argument is not over: dual-class shares are not yet a certainty for London. But their stock appears to be riding high.