A count by diversity campaign group the 30% Club shows that there is now a woman on the board at every company in the FTSE 100 and FTSE 250. 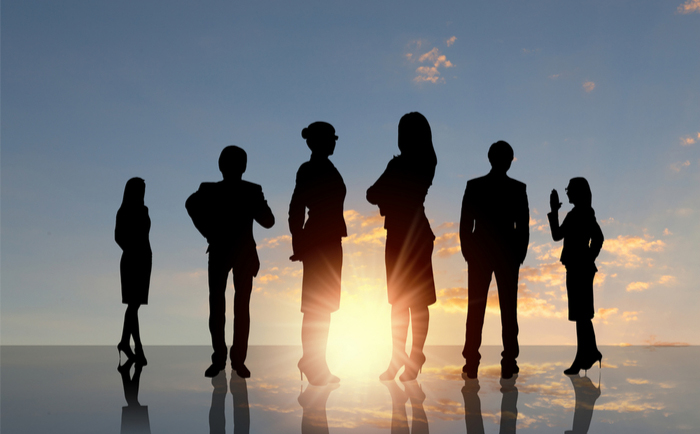 A significant milestone has been reached in the journey to increase diversity in UK boardrooms: all-male boards in the FTSE 350 have disappeared.

The news comes after a count by the 30% Club, a group campaigning for more female representation on boards, which shows that there is now a woman in the boardroom at every company in the FTSE 100 and the FTSE 250.

This is not the first time the UK has been here. The Hampton-Alexander review found exclusively male boards had all been transformed last year, only for at least two to slide back into all-male membership a little while later.

According to Ann Cairns, global chair of the 30% Club, the figures are a moment for celebration. However, there remains work to be done to ensure boards do not revert.

“Last year’s fleeting experience of their disappearance across the FTSE 350 proves how fragile progress in the UK’s corporate gender diversity remains,” she warns.

Problems persist. Boards appear to be hitting their Hampton-Alexander target of 33% of women on boards through non-executive appointments. That’s good for non-executives; not so good for those seeking senior executive and chair roles.

Data due in the next Hampton-Alexander report is likely to show that executive committees have missed their gender target of 33% and will only reach 21.5%, according to the 30% Club.

Cairns says: “There’s even more work to do to bring female representation up to parity… let alone boost the numbers of female chairs, CEOs and CFOs.”

‘A broader focus on diversity’

That view is echoed elsewhere. According to Fiona Hathorn, chief executive of Women on Boards, the recent success demonstrates that “what gets measured, gets managed. And what gets managed gets done.” Close scrutiny of boardroom diversity must continue, she says.

“Ultimately, we should be setting our sights higher. A broader focus on diversity is needed to truly realise the business benefits.

“Ethnic diversity in UK boardrooms, gender and other diversity in executive leadership are particularly weak areas where business can, and should, improve,” she adds.

Recent research by Green Park, an executive search agency, suggests the progress of ethnic diversity in the FTSE 100 has stalled. Of the 297 people in chair, chief executive and chief financial officer roles, only 3.4% come from an ethnic minority background—the same figure as 2014. Overall, the research finds that ethnic minority representation across all board positions has fallen from 10.7% to 9%.

Meanwhile, recent figures show there may also be issues outside the FTSE 350. A report from Company Matters reveals that the AIM 50 and FTSE SMC 100 have met targets on gender diversity but fall short when it comes to the ethnicity of their boardrooms.

The report concludes: “All-white boards will not disappear for years at the current rate of change.” Just one non-white director was added to the roster of boardroom members in both the AIM UK 50 and the FTSE SMC 100 in the past year.

While 63% of the firms in the indexes publish their diversity policies, Company Matters concludes the quality is not all it should be, and is not improving. This, the report suggests, indicates that many companies are defaulting to “boilerplate” approaches.

Boards should be aware that diversity—both gender and ethnicity—is on the agenda of investment funds. Recent statements from many of the major fund managers suggest they will act emphatically if they believe boards are failing to deliver on diversity expectations.

The latest to add their name to the roster is Norges Bank, the Norwegian sovereign wealth fund which manages the country’s oil wealth. Norges Bank revealed last week that it considers 30% a target for female representation.

A position paper says: “While there are many different dimensions to diversity, we are particularly concerned by persistent underrepresentation of women on boards.

“Such underrepresentation may indicate that a board is recruiting too narrowly and does not have a clear view of the full range of backgrounds and competences required to be effective.

“Based on our experience from markets with mandatory gender quotas for company boards, we do not believe that gender diversity will crowd out other qualifications.”

With the UK’s next Hampton-Alexander report due, boards can only expect more pressure to resolve gender diversity issues. Time to act.