Research by consultancy Green Park finds just 3.4% of chairs, CEOs and CFOs have ethnic minority backgrounds—the same proportion as in 2014. 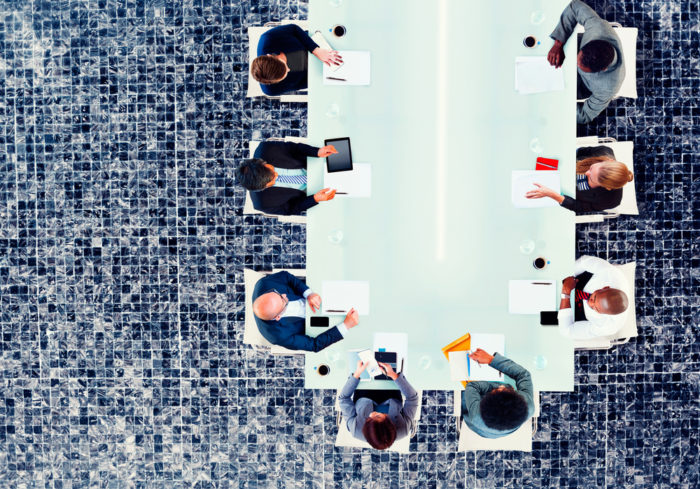 “The snowy peaks of British business remain stubbornly white.” Those are the words of Trevor Phillips, chair of Green Park, the consultancy whose research this week revealed the cause of ethnic diversity in FTSE 100 boardrooms has either stalled or gone into reverse.

Green Park finds of the 297 people in chair, chief executive and chief financial officer roles, only 10, or 3.4%, have ethnic minority backgrounds. This is the same proportion as when Green Park started its research in 2014.

Looking across all board executive and non-executive positions, the research reveals more disappointing news. Just 1.1% are black, down from 1.3% in 2014, while other groups—such as Muslim, Hindu, Sikh, Chinese and East Asian—increased their percentages. Overall, ethnic minority representation on boards has fallen from 10.7% to 9%.

The figures may make for uncomfortable reading for corporate leaders after the public debate that followed last year’s Black Lives Matter protests and coming, as they do, during the UK’s Race Equality Week.

According to Phillips there is no shortage of “qualified candidates” for key roles “if companies are willing to look”.

“We cannot go back to business as usual. It is time that shareholders, consumers and employees start questioning whether Black Lives Matter is just rhetoric rather than reality,” he says.

Ethnic diversity targets for the FTSE 100

Pressure has been mounting on boards from many quarters. In 2017 the Parker Review set the FTSE 100 a target of at least one ethnic minority board member by 2021 (“one by ’21”, as the objective was dubbed).

At the beginning of 2019 then business minister Kelly Tolhurst wrote to FTSE 100 chairs calling them out on their failure to welcome non-white members to their boardrooms and warning that change had to accelerate if business was to avoid government intervention.

Many view the Green Park figures as revealing nothing that was not already known. According to Suki Sandhu, chief executive of Audeliss, a search firm, and INvolve, a networking group focused on inclusion, most board directors “see that they are not representative of the employees and customers they serve”.

Nominations committees, he says, need to recognise there are “moral and commercial obligation” to improve diversity. A close look at talent pipelines will be necessary, but Sandhu says that is about “widening the gate, not lowering the bar”.

“Most large companies successfully deal with the most compelling of business operations around digitalisation, logistics, accounting and resourcing to name just a few.

“It is not a convincing argument to say that simply creating equal opportunities for all is an insurmountable challenge. It just needs focus, resources and a mandate for change coming from the very top.”

In recent months and weeks it is shareholders who have picked up the topic to lever pressure on boards. In October last year Legal & General Investment Management chose Black History Month to declare it would vote against the reappointment of nominations committee chairs “if they fail to meet expectations on ethnic diversity”.

LGIM said at the time: “The horrifying killing of George Floyd and so many other has led many institutional investors to think much more seriously about structural racism and inequality. AT LGIM we believe asset managers must go further—now is the time for action.”

Last month State Street, one of the world’s largest fund managers, said it would vote against the same committee chairs if they failed to disclose the ethnicity of board members. Cyrus Taraporevala, president and chief executive, was emphatic, saying “racial and ethnic inequity is a systemic risk that threatens lives, companies, communities, and our economy—and is material to long-term sustainable returns”.

Pressure has also come from the World Economic Forum (WEF). At last month’s virtual Davos conference the WEF launched a new campaign, Partnering for Racial Justice in Business, which brought together a group of multi-nationals to join the WEF in arguing for “racial and ethnic equity on the board agenda”.

The FTSE 100 will be aware of the Parker Review target and also conscious of investors looking carefully at their appointments. Representation of ethnic minorities on boards will remain in the spotlight as the year wears on.