Some organisations are monitoring their employees as they work—or don’t work—from home. But there are pitfalls to this strategy. 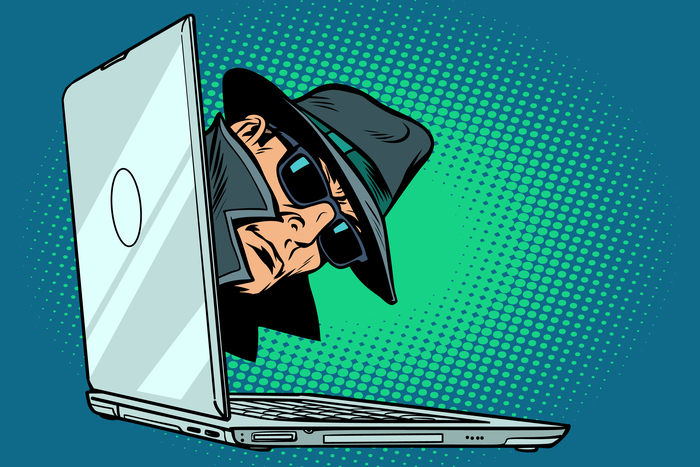 Remote working has become a norm in the pandemic, but concern has been growing that many workers tapping away at their laptops may also have a spy in their living rooms or bedrooms: their bosses.

As lockdown forced millions to set up office at home there has been increasing alarm about the software employers may be using to monitor their staff. Last week the worries reached new heights when the Labour Party called for revised rules to regulate digital surveillance. The party is concerned workers are monitored without their informed consent.

“Ministers must urgently provide better regulatory oversight of online surveillance software to ensure people have the right to privacy whether in their workplace or home—which are increasingly one and the same,” says Labour shadow digital minister Chi Onwurah.

Use of remote tracking software does appear to be a trend, but for a minority. A YouGov survey found 12% of employers chose to track workers and monitor their productivity when lockdowns were imposed. Another 10% say they have it under consideration. However, a hefty 45% say it isn’t on their radar. Yet.

It’s worth balancing those facts with other YouGov findings. A majority of managers, 60%, do not believe remote working has affected employee “compliance”; 67% say communications aren’t an issue with home workers; and almost half, 46%, say employee loyalty is stronger.

But there remains a small but determined number of companies seduced by software marketing and the functionality they been offered to invest in watching their staff.

Of course, employees have been monitored throughout the history of work, but this may be the first time it’s happened at scale in the home. Some software is painfully intrusive; other applications are not. Activity ranges from counting keystrokes on a typepad through to highly invasive use of computer cameras to take random photos of workers.

“[Monitoring] might have some technical pros in capturing a few bad apples, but will it spoil the orchard at the same time?”

But how should employers weigh up the pros and cons? Chris Cowton, associate director at the Institute for Business Ethics, says monitoring—when used in the right way—is a legitimate activity and certainly requires full disclosure from employers to employees. But, he says, it comes down to being a “trust” issue and suggests boards consider how monitoring aligns with their approach to managing staff.

“How does it fit with your stated values? How does it fit the principles written down in your code of ethics?” Cowton asks. “Will it undermine some strengths in your corporate culture? It might have some technical pros in capturing a few bad apples, but will it spoil the orchard at the same time?”

It’s also worth managers going through the mental exercise of considering how they would react if their monitoring activities were publicly reported, he says.

“Would you be happy to defend them? If your friends, or your mum or trusted spiritual adviser knew about these things, would you feel embarrassed?”

The benefits of employee surveillance

It’s not all down side. According to Cowton, digital surveillance may help monitor employee health, offer the insights that prompts a manager to ask a colleague to take a break. It might also help ensure fairness at work, that everyone is pulling their weight, not just a few. But there remain big questions to consider.

For Jonny Gifford, a senior adviser at the Chartered Institute of Personnel and Development (CIPD), employee surveillance, while a legitimate employer activity, needs to be “proportionate” if it is to be legal, and support “healthy work relationships”.

There is much agreement on that. Writing in the Harvard Business Review psychologist Tomas Chamorro-Premuzic, and lawyer Richard Buchband, say clear communication about the use of monitoring and the reasons why can be consistent with a “transparent culture and a relationship of trust”.

CIPD has tracked where employee surveillance has gone wrong. In one example the European Court of Human Rights ruled that a worker’s right to a private life had been breached because the employer had recovered emails and messages from a work computer to prove the laptop had been used for personal reasons.

“Employers and managers should be asking: ‘How much do I need to know about what people are doing?’”

For Gifford it is important to consider how employee surveillance has a bearing on workplace “autonomy”. “We know that autonomy is a key psychological resource”, he says.

“If you’ve got a pressing deadline, significant demand on your effort at work, but you’ve got autonomy, you’re more able to meet that work.”

This is especially important, he says, in an economy that relies on skilled, knowledgeable and highly motivated workers. “We know autonomy feeds that,” he adds.

According to Gifford, use of monitoring is perhaps bound up with companies (in the gig economy, for example) that remain attached to Taylorism—the system of “scientific management” developed by Fred Taylor in 1911 that breaks work into smaller tasks and requires a high degree of management and control. The method has been left behind by many companies with efforts to empower their workers.

Gifford says managers should be striking a “sensible balance”. Though he anticipates no outright ban, a tightening of regulations could be on the way.

Good management skills remain a key element alongside monitoring. Chamorro-Premuzic and Buchband write: “Now more than ever before, managers should understand not just the elements of good leadership, including inspiring, connecting and understanding their teams, but also the regulatory and moral implications of exercising it while virtually entering people’s homes”.”

Gifford says: “Employers and managers should be asking: ‘How much do I need to know about what people are doing?’” He adds: “Just because you can, doesn’t mean you should.”

Remote working looks like its here to stay for many employees. Figuring out new conventions and practices, and establishing confidence in this new form of management, may take time.