Our latest podcast features City grandee Dame Alison Carnwath on limits to non-executive tenure and the challenges of remote recruitment. 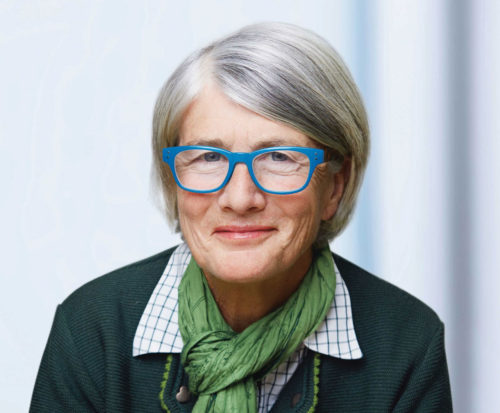 Dame Alison Carnwath is one of the most respected figures in the City of London. The former chair of Land Securities, where she served for 10 years, Carnwath last year won the Lifetime Achievement Award at the Sunday Times NED Awards.

She is straight talking and willing to express an unpopular view. Take, for example, the length of time non-executives can spend on boards. In the UK it’s limited to nine years. Carnworth sees this as potentially constraining the good work a non-executive can do—especially in today’s highly complex corporations.

“For some people to mature into the role, understand the business, give their best—I think it’s hard to do that. It takes three to four years to get up to speed in some large businesses, and then three or four years later you’re gone.”

“It takes three to four years to get up to speed in some large businesses, and then three or four years later you’re gone”

Currently a non-executive at BP and Paccar, audit committee chair at BASF and Zurich Insurance, as well as a trustee at the Economist Group, Carnwath has a ringside seat as companies grapple with managing the impact of the pandemic over the course of 2020.

Many boards have seen their focus fall upon the welfare of employees and how they’re coping. Especially with working from home for long periods.

But boardrooms have also seen their focus shift on operational issues. “The other concern is the economic climate Covid has put us into,” says Carnwath. “So, a lot of work on risk, a lot of scenario planning; a lot of financings have taken place to prop up liquidity; and plans to take advantage of technology—they’ve tended to accelerate where they can.”

Board meetings have gone through their own form of change too, not least because most have moved onto online platforms. That means more but shorter meetings with an eye to making them more effective, changes to the way information materials are used and less room for small talk.

Carnwath also notes that the “informal” venues for board decision-making have shut down. That’s led to a search for new forums for board communication, such as more frequent one-on-one conversations with chief executives. “I think there are interesting inventions and interventions trying to cope with the environment,” she says.

One area that has been made more difficult is the recruitment of board members. “We’d all rather look into somebody’s eyes and watch their characters live when we’re trying to assess them, and when they’re trying to assess us,” says Carnwath. She adds: “I think that’s been the most obvious challenge in terms of decisions.”

Carnwath tends to an unconventional view on finding new blood for boardrooms. She describes nominations committees as the “bridesmaid” board committee and recommends their chairs take a more proactive approach to talent rather than waiting on formal, headhunter-driven processes.

“My mantra on this is if you meet somebody, as the chair of a nomco, who you think would be a really good board member, regardless of whether there’s a slot, you should put that person on your board because one can be very flexible with numbers on boards.” She adds: “It should be the chairman’s job to always look out for good people.”

Visit The Sunday Times NED Awards for more information about the awards and how to nominate.