The election of Joe Biden and Kamala Harris puts the spotlight on US corporate governance and the way businesses are run. 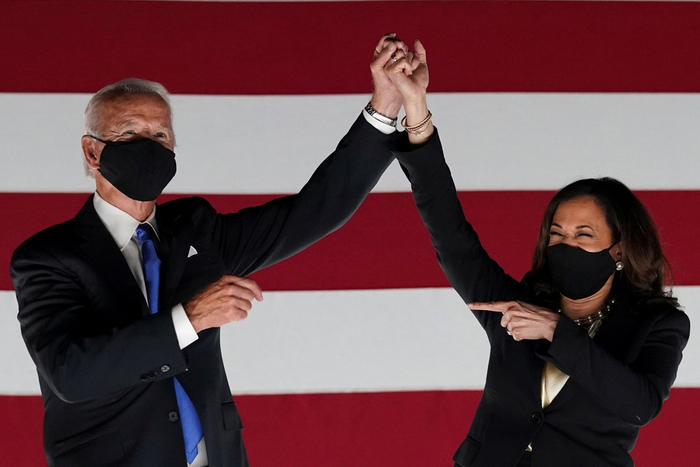 While all eyes are fixed on whether Donald Trump will leave the White House, others have moved their attention to likely policy decisions under a Biden presidency—and corporate governance is one of the issues on the agenda.

Though we have yet to see detailed proposals, there are clues indicating the likely direction of travel. Both Joe Biden and Kamala Harris have expressed their concerns over key issues in business, suggesting they both think that change is needed. They are also assuming power at a time when the discussion about the way businesses should be run has never been more intense.

It’s worth summarising the big picture. Biden has indicated a desire to rejoin the Paris Agreement on climate change, achieve clean energy and confront polluters. He has also indicated he will raise corporate taxes, penalise companies that shift jobs overseas and tax the funds of US companies held overseas.

But Biden and Harris have also given clues about the way they believe companies should be run.

At the beginning of 2019 the vice-president elect was one of three senators backing laws compelling companies to disclose the “racial, gender and ethnic makeup” of their boards.

“When our country’s corporate leadership looks more like the rest of the country, it ensures that a wider array of perspectives are heard in meetings and board rooms and that the needs and interests of more people are considered,” said Harris at the time.

Harris has also been involved in moves to tackle the US gender pay gap. Last year she proposed laws mandating businesses with 100 employees or more to prove they pay men and women equally or face fines: 1% of profit for every 1% of pay gap.

Harris said: “What I am proposing is we shift the burden: it should not be on that working woman to prove it, it should instead be on that large corporation to prove they’re paying people for equal work equally.”

Biden has shown he is in tune with the governance debate. Speaking at the launch of his economic plan, he raised the prospect of his presidency working a rebalancing of corporate interests from working only for shareholders to serving the needs of “stakeholders”.

“It’s way past time we put an end to the era of shareholder capitalism,” said Biden.

“The idea the only responsibility a corporation has is with shareholders: that’s simply not true. It’s an absolute farce. They have a responsibility to their workers, their community, to their country. That isn’t a radical notion.”

A change in tone

Observers see a change coming. George Dallas, policy director at the International Corporate Governance Network, says: “There will be a new ethical tone and broader support for social justice.”

The promotion of the climate change agenda, human rights, stakeholder relations and ESG will all see fresh energy, he says. Of course success in pushing through reforms will depend on the makeup of Congress. And that’s uncertain because the Democrats have failed to secure control of the Senate. That may, however, change after the Georgia run-offs on 5 January.

But the policy agenda may also depend on who Biden appoints to key roles. Richard Leblanc, a professor of corporate governance at York University in Canada, is a keen observer of US developments. He says: “If the president appoints Senator Warren as treasury secretary we can expect a Biden administration to address wealth inequality, executive compensation and the anti-competitive nature of big technology, and possibly big Pharma and drug prices.”

Elizabeth Warren, a former law professor and identified by many as a potential treasury secretary, is the only Democrat—and former a Democrat presidential hopeful—politician with a clearly defined policy approach to governance. In 2017 she proposed the Accountable Capitalism Act which would force companies with revenues of $1bn to seek a “federal charter” to operate in return for pledging to “consider the interests of all corporate stakeholders, including employees, customers, shareholders and the communities in which the company operates”.

Warren has said she wants to see workers on boards, and has held up companies such as Patagonia, the outdoor clothing manufacturer, Kickstarter and Danone North America as examples of responsible companies she wants to encourage.

There is one change the Biden presidency may decide to halt. Under President Trump the Department of Labor (DOL) and Securities and Exchange Commission (SEC) had proposed laws to limit the use of ESG information in investment decisions.

In a published statement Fiona Reynolds, chief executive of Principles for Responsible Investment (PRI), says a new regime will have the opportunity to overturn those measures but should also go further. She calls for mandatory ESG disclosure for publicly traded companies, while investment funds should “integrate material ESG factors into their investment processes”.

“Altogether, laws and regulations from the DOL and SEC need to be updated to eliminate any uncertainty that fiduciaries have an obligation to consider ESG issues,” she says.

Richard Leblanc adds: “Overall, boards should be re-pivoting now for a strong movement towards environmental, health and social emphasis.”

Moreover, Reynolds wants to see the US commit itself to the Network for Greening the Financial System project, currently involving more than 70 regulatory bodies around the world.

She argues the Trump administration favoured those who opposed transparency and investor action aimed at improving corporate behaviour.

“It has held back much of the change that is necessary for the financial system to be fit for purpose in the 21st century, where increasing expectations around corporate responsibility, social licence and impact have emerged,” Reynolds writes.

Biden and Harris have a big agenda. Boards would do well to heed the signs. The new president will have very different priorities from his predecessor.