Study shows up to half the initial pay gap for female executives is eroded over the first six years of tenure, but a “residual gap” persists. 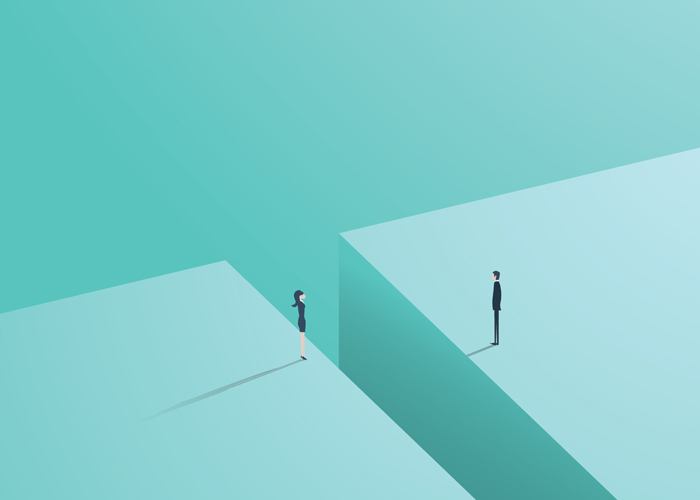 Gender pay gaps diminish over time as employers learn more about their newly appointed executives. The bad news is that improved knowledge does not remove the executive gender pay gap entirely.

Those are the findings in new research from academics at the University of Groningen in the Netherlands, after analysing the data of 15,000 executives in 18 countries across Europe from 2002–2015.

There is more to worry about. Swarnodeep HomRoy and Shibashish Mukherjee find that on average the gender pay gap across the executives in their sample amounts to 34%. They also unearth big differences between sectors: an average gap of 57% in banking and finance compared with 11% in consumer goods companies.

But their most telling discovery is the way pay gaps appear to shrink the longer a female executive is in their role. Writing for the University of Oxford Faculty of Law blog, HomRoy and Mukherjee say that up to half the initial pay gap is eroded over the first six years of tenure. But even for female executives who stick around the longest, a “residual pay gap” persists.

“It suggests that the gender pay gap is a dynamic learning process for employers rather than something that is purely a result of ‘bias’ or ‘prejudice’,” they write.

Regulatory intervention can make a difference, they find. Gender pay gaps are lowest in countries with state-imposed board quotas. And these appear to benefit older executives. Countries with better parental leave provision also have lower pay gaps, benefitting younger execs.

Younger female execs can expect pay gaps to improve, though it will depend on their “staying power”, according to the researchers.

According to HomRoy and Mukherjee the result should help design better public policies which aid youthful execs.

“Gender quota policies’ allure is their rapid effect in the short term. Nevertheless, in the longer term, family policies, such as parental leave provisions that compensate the most disadvantaged group of young women directly, can function as a complementary policy channel to address the gender gap.”

Mandatory gender pay gap reporting in the UK is now in its third year, though the government lifted requirements for 2019 because of the pandemic. However, just over half the 10,000 companies expected to report provided their numbers. A Financial Times analysis reveals that the average gap (across all employment levels) is somewhere between 11.9% and 12.8%.

Executive gender pay gaps clearly persist. It remains unclear whether the pandemic will have an effect on the progress of women both into the executive suite and to equitable pay levels. However, this latest research should give remuneration committee members and policymakers a reason to take stock.