Boards and directors are the instigators, nurturers and custodians of one of an organisation’s most critical assets: its culture. 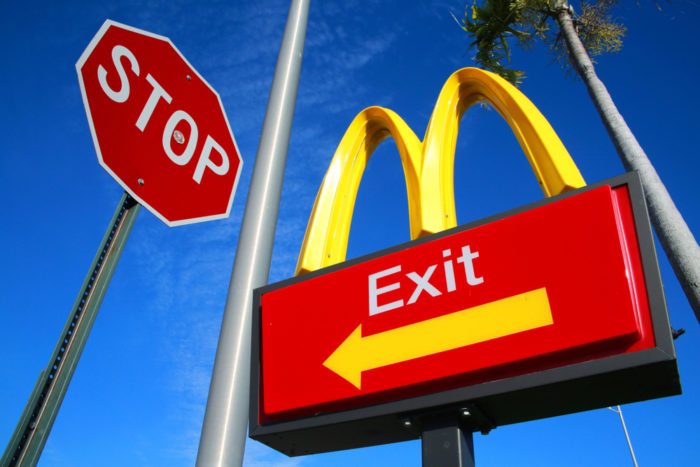 In 2019, the board of directors of McDonald’s Corp took the unusual but bold and moral decision to dismiss its CEO Steve Easterbrook after he revealed he’d had a consensual relationship with a co-worker.

McDonald’s had a policy forbidding managers from having “intimate interactions” with direct or indirect employees. Easterbrook readily admitted the relationship and cited his desire to adhere to the company’s code of conduct as motivating his admission.

In an email to all employees after the board announced his dismissal, he wrote: “This was a mistake. Given the values of the company, I agree with the board that it is time for me to move on.”

The dismissal of a CEO is never something that boards take lightly, especially when it is sudden—and when the CEO is wildly successful.

Under Easterbrook’s leadership, McDonald’s updated its menus and restaurants to reflect contemporary tastes, expanded delivery and mobile payments and otherwise evolved into a more modern organisation. The market rewarded these efforts by doubling the share price during his tenure. Easterbrook was also rewarded with compensation in the tens of millions of dollars annually.

Easterbrook’s dismissal was seen by some as a triumph of morality and judgment—albeit at the expense of shareholder wealth. McDonald’s shares went down by as much as 3% (US$4bn value) shortly after the announcement.

The board’s dismissal without cause was deemed appropriate by media and investors under the circumstances and Easterbrook walked away with a severance package worth about US$42m.

Fast forward to 2020. The board’s ongoing investigation has revealed, among other things, that Easterbrook sent explicit photos from his McDonald’s email account, purportedly lied about other sexual relationships with co-workers and approved an extraordinary stock grant worth hundreds of thousands of dollars to one McDonald’s employee “… shortly after their first sexual encounter and within days of their second”.

As a result, the board belatedly filed a lawsuit against Easterbrook seeking to claw back the severance it had awarded eight months earlier, maintaining the CEO should have been dismissed for cause. Easterbrook responded in a court filing that the company and board already had all of this information—and had his entire email account and history stored on its company servers when it negotiated his severance package.

So, once again, toxic “bro” behaviour, as we have seen at Uber and other organisations, infects an iconic organisation, leaving the courts to decide.

Certainly, Easterbrook is to blame for, by his own admission, breaking the company’s code of conduct and, more importantly, the values it set for behaviour. However, the board shares responsibility for its singular failure to observe, recognise and act on what emerged as an ongoing, long-term, cultural and possibly legal fiasco.

Why do boards seem to be constantly surprised by such egregious conduct?

In 2020, the business world is regrettably replete with examples of poor CEO behaviour, and the #MeToo movement is both widespread and widely known. So why do these situations persist? More to the point, why do boards seem to be constantly surprised by such egregious conduct?

Corporate governance focuses a lot on “tone at the top”. Boards and directors are told and aware that they are under constant and unremitting scrutiny. Their acts—tacit and explicit—filter throughout their organisations, shareholders and stakeholders. They are the instigators, nurturers and custodians of one of an organisation’s most critical and enduring assets: its culture.

So how can a board best ensure it discharges its responsibilities to corporate culture in an ethical, responsible and credible manner? How can boards best ensure, observe and embody the culture they desire for their organisation?

The board sets culture through its selection of the CEO. Boards are fascinating organisms inasmuch as they are a group that has only one employee—the CEO. Finding, recruiting, retaining and eventually replacing the organization’s chief executive is the board’s solemn function.

It also goes without saying that vetting includes a thorough background check. Past behaviour is one of the best predictors of future behaviour. If an aspiring CEO has inappropriate behaviour in their past, a thorough, confidential investigation before they are hired will likely reveal some of it.

Once the CEO has been selected, the board negotiates a comprehensive compensation package. This package is based on a number of short, medium and long-term incentives and composed of both cash and shares or options.

Compensation research is clear in concluding that executives are remarkable in their ability to discern which behaviour is being compensated, and in turn, engaging in that very behaviour.

In developing compensation schemes, boards should include behaviour targets (such as employee engagement and net promoter scores) in addition to more traditional performance-based metrics. They may even include a morals clause.

In evaluating the CEO’s performance annually, the board should keep checking on the CEO’s behaviour through both interviews and observation. The board should also anticipate and plan for involuntary dismissal of the CEO and include clawback mechanisms or even phased payouts in severance provisions.

3. Get out of the boardroom

Many boards hold at least one meeting per year offsite. This has the effect of familiarising directors with the organisation’s operations, as well as signalling to the organisation’s employees and other stakeholders the board’s engagement with the entire organisation, no matter where. Unfortunately, these off-site meetings are all too often highly scripted and co-ordinated affairs, more reminiscent of a theatre performance than a genuine pulse check.

Directors, individually and collectively, must make it a priority to see the organisation’s operations from all perspectives. They should interact with employees, suppliers, customers and all stakeholders on a regular, unscripted and perhaps even unplanned basis. Only by doing so will they get a thorough idea of the company’s culture.

One highly successful director we know bases their decision to join a board partly by trying the organisation’s products or services as a customer and witnessing first-hand how frontline employees perform. Another CEO provides every director with an all-access security pass and keycard to all of the organisation’s workplaces, encouraging these directors to drop in unannounced to see operations firsthand.

The situation at McDonald’s did not arise spontaneously or suddenly. There are suggestions that it also extends beyond the CEO. Easterbrook’s personality did not undergo a radical transformation when he became the CEO at McDonald’s.

There is an old adage that says “the fish rots from the head down”. McDonald’s board failed in its duty to create, nurture, monitor and sustain a positive, healthy organisational culture. Easterbrook’s behaviour—and the ensuing impact on the entire company—was the result.

Michael Parent is professor of management information systems at Simon Fraser University, and fellow of the David and Sharon Johnston Centre for Corporate Governance at Rotman School of Management, University of Toronto.

Richard Powers is associate professor at the Rotman School of Management, University of Toronto.