While the appointment is an historic moment for the US banking sector, the Cambridge-educated Scot had long been tipped for the top. 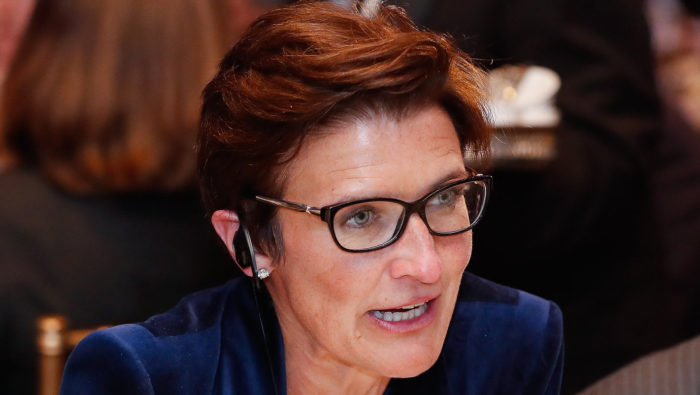 The appointment of Jane Fraser as chief executive of Citigroup will see America’s fourth largest bank jump ahead of its rivals—at least in terms of board composition.

But Fraser’s rise to CEO should come as no surprise. In fact, it was heralded last year when she became the bank’s president. But close observers will note her entire career trajectory indicates that she was heading for great things.

Praise for the Cambridge-educated Scot has been effusive. “This is a true barrier-breaking moment,” one commentator noted.

“Jane is tough as nails,” John Gerspach, Citigroup’s former CFO told the Wall Street Journal. “She’s an incredibly nice person but don’t confuse how she comes across with her ability to make the hard decisions.”

In The New York Times Heidi Miller, a former executive at JPMorgan, said: “Kudos to Citi for recognising the talent and giving her the opportunity and letting her grow.”

Fraser was born in St Andrews, Scotland, and from 1985 to 1988 was at Girton College, Cambridge, where she gained an MA in economics. A stint at Goldman Sachs followed, working on mergers and acquisitions, and then in 1992, after a period in Spain at a securities broker, she took her MBA At Harvard Business School, emerging two years later to join McKinsey.

There Fraser travelled widely and wrote extensively including co-authorship of a book, Race for the World: Strategies to Build a Great Global Firm, a tome that clearly signalled her ambitions and knowledge base. And it was the book that took her to Citigroup after one of the bank’s executives, Michael Klein, heard Fraser speak and encouraged her to join the bank.

She joined in 2004 and proceeded to build a career that would see an unstoppable ascent. In 2007 she was made global head of strategy and M&A, and played a significant role in the bank’s response to the financial crisis of 2008. In 2009 she was promoted to chief executive of Citi Private Bank, turning around a $250m deficit.

2013 saw Fraser became CEO for CitiMortgage, trading well-heeled clients for homebuyers. A year later she was CEO of US Consumer and Commercial Banking and 12 months after that CEO of Citigroup Latin America. And in a clear sign that the board had developed a strong sense of Fraser’s destiny, she was made president of the bank and head of global consumer banking. Her time spent researching and pondering global business had paid off.

The top job comes with challenges. Citigroup faces reprimand for its risk environment following controversy over an erroneous $900m payment to lenders. Fraser also has fallout from the global pandemic to manage. Citi, analysts point out, relies on credit card business and the time when consumers feel able to cut loose with plastic again remains uncertain.

That said, Citigroup did well in 2019 and Fraser has a track record of confronting difficulties. She also has a keen focus on leadership. In a 2016 interview at Harvard Business School she said: “I think on a daily basis, it’s about making sure you’ve got time to talk to and listen to clients, our employees, listening to regulators today, the communities that we operate in, and, again, engaging with people down in the organisation, as well as with different thought leaders and naysayers, keeping you honest.”

She is also comfortable enough able to open up about herself confessing she suffers from “self doubt”. “I always feel unless I’m 120% qualified for a new opportunity or challenge, that I shouldn’t really be taking it on, and I’ve had a lot of mentors that have helped push me into taking them, and now I try to turn that doubt into a power of doubt, to make sure I’ve got a great team around that is more qualified than I am, to help tackle the opportunities and sometimes just to work harder and be that motivator to go the extra mile.”

Fraser, it seems functions as a tough, open and honest leader. She will be aware of the historic significance of her appointment, but she will also know that Citigroup is her focus. Where she leads others  are bound to follow.