Uber, Ocado, Alphabet and Rio Tinto are among the companies named in the global asset manager’s report into governance concerns. 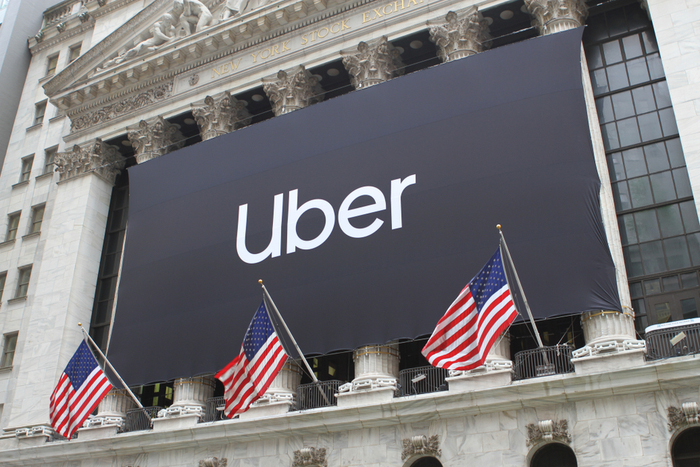 Uber becomes a public company via an IPO on the New York Stock Exchange in May 2019. Image: NYCStock/Shutterstock

The world’s second largest asset manager has, for the first time, gone public on the companies it is engaging with and the issues at the top of its agenda.

In an annual report published this week, Vanguard—which has $6.3trn under management and is usually tightlipped about the targets of governance concerns—named names and issues at the heart of its engagement work.

While the fund manager has sought to understand how boards are coping with Covid-19, at the top of its agenda are concerns with board composition, disclosure—especially on climate change and diversity—executive pay and shareholder rights.

Indeed, on publishing its report, Vanguard became instant news for taking to task Ocado, Uber and Alphabet (Google) on pay issues. But it also challenged Rio Tinto, the mining giant, to disclose more on its climate policies and spoke to Australian gas companies Santos and Woodside Petroleum about alignment with the Paris Agreement.

The report also details how Vanguard supported a Barclays’ management proposal to achieve net zero on greenhouse gas emissions by 2050.

Vanguard views itself as a “permanent” investor in companies and highlights its commitment to the “long-term” development of companies.

“During this period of global uncertainty, the importance of remaining focused on the long-term has never been clearer, and good governance has never been more important,” says Anne Robinson, managing director and general counsel for Vanguard.

“Vanguard’s Investment Stewardship team will continue to work with companies and hold them accountable to promote and protect long-term value for our investors.”

Interest will invariably focus on the companies Vanguard has placed in the spotlight, especially over concerns about executive pay.

Vanguard reveals it voted against Ocado’s remuneration report largely because of a “growth incentive plan” that saw CEO Tim Steiner receive £58.7m in 2019.

At Uber Vanguard took issue with a retention award for the CEO and $55m “new-hire” grant of stock. Vanguard worries pay should be aligned with targets over a long-term performance period.

‘Misalignment’ of pay and performance

Meanwhile, Vanguard reveals it has been talking to Alphabet for some years over an “oversized compensation package”. For executives. Indeed, Vanguard says that it has voted against the “say on pay” proposal an annual meeting for three years. They are particularly concerned about the pay of new CEO Sundar Pichai, appointed at the end of 2019.

Vanguard was unconvinced by the company’s explanation for the size of Pichai’s pay settlement.

“We did not, however, gain any more comfort about the magnitude and structure of the equity plan awarded to the CEO,” the report says. “Vanguard believes that compensation policies that are long-term-focused and tied to a relative performance metric can help to incentivise long-term shareholder value creation. In evaluating the plan, we found a misalignment between pay and performance.”

Last year the UK’s new stewardship code changed its approach to engagement. Instead of fund managers reporting on the policies they have in place, they must now report on outcomes from their contact with companies. That places extra pressure on fund managers to up their game.

Vanguard’s report will win headlines and draw attention to its activities. More importantly it throws a spotlight on the companies it engages with. A softly softly approach may have worked in the past, but the fund manager clearly believes more publicity may be a more appropriate approach now.