The performance of women leaders in the Covid pandemic offers a global experiment in crisis management. Why has gender made a difference? 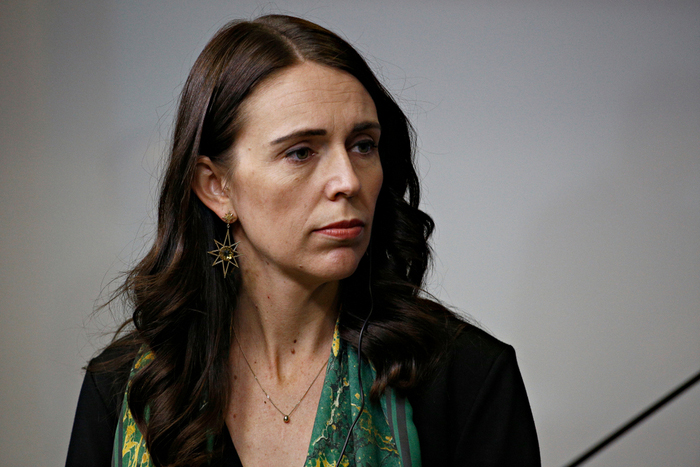 On 8 June 2020, New Zealand was declared virus-free and Prime Minister Jacinda Ardern lifted all restrictions except stringent border controls. With fewer than 500 confirmed cases and seven deaths from the virus Taiwan, under the presidency of Tsai Ing-wen, is seen to have performed very well.

Germany, under Angela Merkel, has done better than most European countries in the first quarter of the Covid pandemic. The performance of these female leaders in the Covid pandemic offers a unique global experiment in national crisis management and has given rise to much media attention.

This is a significant shift from the male-dominated view of history within which events are typically considered as determined by the instrumental and causal influence of a small number of “Great Men”. But does this association stand up to systematic scrutiny?

Leader’s gender in the fight against the pandemic

Anything said about the pandemic now has to be qualified by the fact that we are only at the start of the pandemic. Much could change in the next few months. Our analysis therefore relates to the immediate reaction of leaders to the first wave of the crisis.

Another qualification to keep in mind is the quality of data currently available. In particular, with the shortage of test kits, testing has been poor and therefore case numbers are an underestimate. While data on deaths are more reliable, there are concerns about its comparability across countries. In some countries, if a Covid-positive individual dies, the death is registered as a Covid death irrespective of any other previous illness (such as tuberculosis or cancer). But this is not standard or mandatory, so practice varies across countries.

Table 1: Covid-19 cases and deaths by gender of the country’s leaders. Source: Dataset constructed by authors from various sources.

However, drawing anything conclusive from these raw comparisons is difficult due to the massive under-representation of female-led countries in the sample. We have only 19 countries across the world being led by women, compared with the 174 in our sample that are male-led.

To overcome the difficulty of imbalanced sample sizes, we “match” each of the female-led countries with their nearest neighbour. We use several socio-demographic and economic characteristics that have been seen as important in the transmission of Covid-19 as matching variables. We begin by considering key demographic and national wealth indicators (including GDP, population over 65 years, and population in urban agglomerations) as these have emerged as the most relevant.

When matched like this, it is clear that female-led countries have fewer cases and fewer deaths and have locked down earlier than male countries with respect to cases and deaths. Following discussions in the literature, we also extend matching to include other variables such as expenditure on health and tourism. We also include gender equality as a matching variable as having equitable institutions may contribute to a general resilience that becomes confounded with having a female leader.

Nearest neighbour analysis clearly confirms that when women-led countries are compared to countries similar to them along a range of characteristics, they have performed better, experiencing fewer cases as well as fewer deaths. This is true whether we consider the nearest neighbour, the nearest two, three or even five neighbours.

The results are especially highly significant in the case of the number of deaths experienced by female-led countries. These results remain robust when we drop countries that have been in the Covid spotlight—the US, Germany, and New Zealand—from our sample to see if they might be driving the results. We find that these changes in the sample only strengthen the results.

What is also clear from our analysis is that timing of lockdown has been driving the better outcomes in female-led countries. Female-led countries locked down significantly earlier, i.e. when they were seeing fewer deaths (22 fewer) than male-led countries. Our nearest neighbour matching estimates confirm this result at a very high level of significance. While this may have longer-term economic implications, it has certainly helped these countries to save lives. Why have women leaders decided to lock down their countries earlier than male leaders?

One explanation for gender-differences in the propensity to lock down early might be found in the literature on attitudes to risk and uncertainty, which suggests that women, even those in leadership roles, appear to be more risk-averse than men.

Indeed, in the current crisis, several incidents of risky behaviour by male leaders have been reported. Particularly noteworthy among these are Brazil’s Jair Bolsonaro’s dismissal of Covid-19 as “a little flu or a bit of a cold” while attending an anti-lockdown protest in April. Similarly, Britain’s Boris Johnson is reported to have said: “I was at a hospital where there were a few coronavirus patients and I shook hands with everybody”.

While women leaders were risk averse with regard to lives, they were prepared to take significant risks with their economies

However, while women leaders were risk averse with regard to lives, they were prepared to take significant risks with their economies by locking down early. Thus, risk aversion may manifest differently in different domains—human life versus economic outcomes—with women leaders being significantly more risk averse in the domain of human life, but more risk taking in the domain of the economy.

We find some support for this idea in studies that examine risk-taking behaviour when lotteries are framed as losses. Men are found to be more risk averse than women when lotteries are framed as financial losses rather than gains. It could well be that the relatively late lockdown decisions by male leaders may reflect male risk aversion to anticipated losses from locking down the economy.

The neuroscience literature also throws light on sex-differences in feelings of empathy which cannot be fully explained as cultural derivatives of socialisation alone but have deeper neurobiological drivers. There exist quantitative gender differences in the basic networks involved in affective and cognitive forms of empathy, as well as a qualitative divergence between the sexes in how emotional information is integrated to support decision-making processes.

When combined with the findings from the risk literature, we begin to see how women leaders could have been risk-averse about anticipated losses to human life, while at the same time taking risk with negative financial outcomes associated with early lockdown.

Another explanation of gender differences in response to the pandemic is to be found in the leadership literature, where strong evidence can be found to suggest that men and women differ in their leadership styles.

Eagly and Johnson (1990), through a meta-analysis of research that compares male and female leadership styles, find that leadership styles were gender stereotypic, with men likely to lead in a “task-oriented” style and women in an “interpersonally oriented” manner. Consistent with this finding, women tended to adopt a more democratic and participative style. Evidence also suggests that good communications skills are important for women to be chosen as leaders and that this is one of the key attributes in managing a crisis.

Indeed, the decisive and clear communication styles adopted by several female leaders have received much praise in the ongoing crisis. Thus, in Norway Prime Minister Erna Solberg spoke direct to children answering their questions, while in New Zealand Prime Minster Ardern was praised for the way in which she communicated and for checking in with her citizens through Facebook Live.

Our findings show that Covid-19 outcomes are systematically and significantly better in countries led by women and, to some extent, this may be explained by the proactive policy responses they adopted.

Even accounting for institutional context and other controls, being female-led has provided countries with an advantage in the current crisis. Examining what is already known about the gender differences in behaviour from a variety of disciplines gives us some insights into observed differential behaviour of female and male leaders in tackling the current pandemic.

This article first appeared on the World Economic Forum website and is reproduced here with permission. For more detailed data representation and references read the original article.