Companies including Adidas, Nestlé and Ericsson have pledged their backing for “new binding standards which benefit all”. 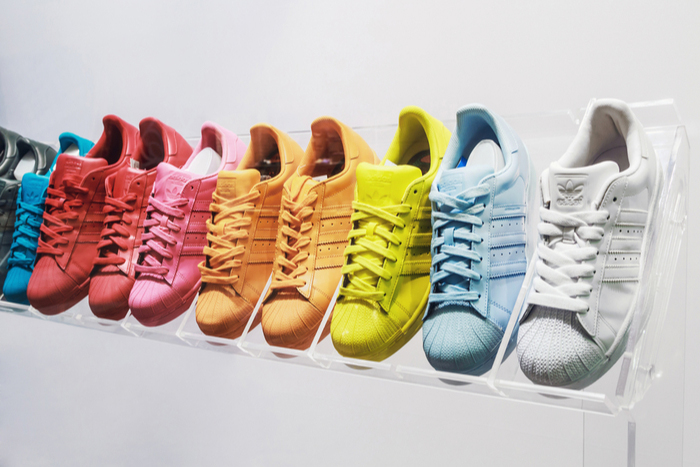 Adidas is one of the companies calling for mandatory human rights due diligence. Image: Oleg Doroshin/Shutterstock

The drive for new European laws compelling companies to undertake mandatory human rights due diligence has received a boost: from companies themselves.

Twenty-six large corporates have signed a letter offering their support for mandatory human rights and supply chain due diligence. Earlier this year European commissioner Didier Reynders announced he hoped to have the legislation in place by 2021.

The companies, among them Adidas, Nestlé, Ericsson and supermarket giant Aldi, say the Covid-19 pandemic demonstrates vulnerabilities in supply chains.

“As we recover and rebuild, we recognise the need for new binding standards which benefit all and promote sustainability.

“Mandatory human rights and environmental due diligence is key to ensure that efforts by companies that respect people and the planet, both during and post Covid-19 recovery, are not undercut by the lack of a uniform standard of conduct applying to all business actors. “

While mandatory due diligence has had the support of campaign groups and politicians across Europe for some time this is the most significant example of a substantial group of corporate players signalling their belief that the measures are required.

The group accepts that some companies already undertake supply chain due diligence, but says more companies need to “assess, act and report on their potential and actual impacts on human rights and the environment”.

According to the group, legislation is “critical to bring all companies to the same standard and build on and scale progress to date”.

The details of Reynders’ legislation have yet to clarified, but MEPs have already signalled their concerns. Chief among them is how the new laws will create a level playing field with companies outside of the EU’s jurisdiction. There are also worries about how SMEs and micro-enterprises would manage to comply with due diligence requirements given the obvious costs involved.

The intervention by a cluster of household name companies has been widely welcomed. Phil Bloomer, executive director of the Business & Human Rights Research Centre, says mandatory due diligence will have a direct effect on boards.

“This legislation will change the calculation of risk in boardrooms regarding abuse of workers, harm to communities and pollution,” he says.

“With worsening inequality and climate breakdown upon us, it is urgent that reckless and irresponsible companies are made to reform and show a duty of care.” He adds that the European Commission will be “emboldened” to push ahead with new laws having received the support of so many big brand corporates.

The EU is not the only place where officials are attempting to pin down the obligations of companies in relation to human rights. At the United Nations a working group is now debating a new draft treaty for business and human rights. It will reconvene in October to thrash out more of the detail.

However, there are concerns about the draft. Dr Nadia Bernaz, associate professor of law at Wageningen University, writes that the document only includes corporate obligations in its preamble and not its core text. She is also concerned that it fails to include “criminal” responsibilities. Broadly, she worries the draft continues to address the responsibilities of nation states rather than corporates themselves.

Campaigning for mandatory due diligence has been under way for some time. Recent events in UK clothing factories have also thrown the issue into sharp relief. Martin Curley of Katalyst Initiative, experts in the clothing industry, says there is increasing evidence that monitoring systems are “not very effective”.

“Companies need to start considering whether their monitoring systems are giving them a false sense of security about supply chain risks—and are exposing workers to human rights violations,” he writes.

There is some way to go until the UN and EU have their new measures in place. But corporates can expect new obligations in the coming years.