A company can improve its ESG performance by appointing a CSO to the C-suite and embedding sustainability principles into its core business. 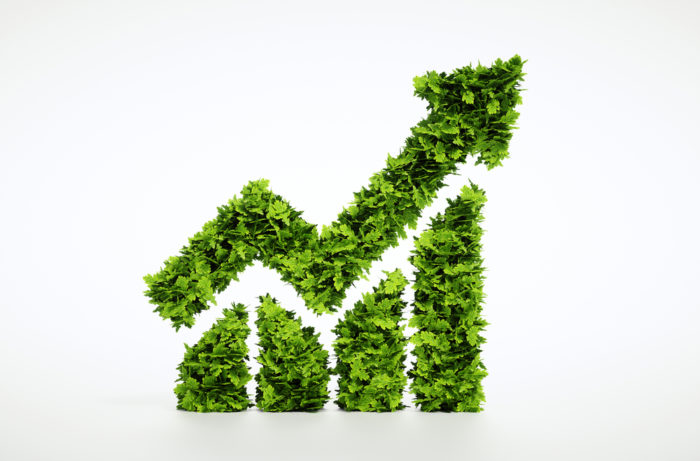 A novelty in the C-suite not so long ago, the chief sustainability officer (CSO) is fast becoming a fixture in companies of note as climate change and inequality increasingly dominate global attention.

In the past year alone Citigroup, General Motors and International Paper have each appointed their first CSO. They join Diageo, P&G, Mastercard and Tyson Foods on the growing list of firms that have added a CSO to their top management team in recent years. Yet these firms are hardly trailblazers. Between 2004 and 2014, the number of S&P 500 companies that have a CSO increased from 25 to 90.

The ranks of CSOs can only swell from here. Investors as well as lenders now factor ESG—environmental, social and governance— into investment and lending decisions, says a study by Oxford University. Firms ignore sustainability at their own peril. BlackRock, the world’s largest asset manager, took voting action this year against 53 companies for not doing enough on climate issues. “Shareholder expectations of what banking and the private sector can do has never been higher,” observed Val Smith, Citigroup’s new CSO.

Less clear is the CSO’s remit and how the role affects a company’s sustainability performance. Having come into being only in the last two decades, the CSO is still evolving. Studies show that the role varies from industry to industry and from company to company, depending on the level of commitment to sustainability. Indeed the CSO also goes by other titles, such as chief environmental officer. In general, the CSO’s main job is to monitor and identify areas of concern and action and to offer suggestions on how the company might be able to perform better. This involves more engagement in socially responsible activities and less in socially irresponsible ones.

Significantly, we found that CSO presence has a greater effect on companies “doing less bad” than “doing more good”. This effect is particularly pronounced in companies in so-called “sin” or culpable industries like tobacco, and, notably, in companies with a board committee for sustainability.

We focused on five dimensions of corporate sustainability: community, diversity, employee relations, environment and product issues—the very issues investors typically watch. We obtained standardised measures of companies’ performance on each of these dimensions, as well as detailed information on top management teams, board and financials from multiple databases. Our final sample consisted of 442 unique firms from 2005 to 2014.

Our findings suggest that the CSO significantly improves firms’ sustainability record. Firms with a CSO engaged in more socially responsible activities by 1.342 units, and reduced their irresponsible activities by a far larger extent of 3.338 units. In other words, a firm can improve its sustainability performance by appointing a CSO to the C-suite.

However, the CSO and other top executives as well as members of sustainability board committees in our study betrayed a negativity bias, that all-too-human tendency to fixate on negative experiences or factors rather than positive ones.

Giving your employees generous sick leave, for example, will earn you kudos from the public. But such goodwill is unlikely to be as intense as the condemnation that you would get were you found to have polluted a river or sold unsafe products. The upshot is that, as our analysis shows, CSOs tend to be more focused on reducing firms’ irresponsible activities rather than increasing responsible ones.

The findings associated with sustainability board committees could be explained by committee directors and the CSO having different ideas about what constitutes “doing good”. They may even compete with each other for corporate resources and the support of other top executives. When it comes to “doing less bad”, however, the two sides tend to be aligned.

Ultimately, nudging the company towards doing more good, especially by integrating socially responsible principles in core business, should be the aim of any CSO worth their salt. In an additional analysis, we found that firms that appointed a CSO registered a higher Tobin’s Q, the measure of the market’s long-term valuation of the firm, a year later. Not surprising considering more and more consumers are seeking “green” products—witness how lab-grown meat has become mainstream within a few short years—and taking their business to companies that can meet that demand.

To optimise sustainability efforts, firms should identify the socially responsible—and irresponsible—activities most relevant to their industry and resources

Our findings will hopefully spur firms to design CSO contracts that incentivise the appointee to channel more resources to socially responsible activities even as she strives to cut out the irresponsible ones. And, to optimise sustainability efforts, firms should identify the socially responsible/irresponsible activities most relevant to their industry and resources. An airline company may find it expedient to improve crew’s working conditions; an automaker might be best-served in the long-run by incorporating less polluting assembly lines.

Alibaba does not have a CSO, but CEO Daniel Zhang effectively sees himself as one. The CEO of any company should have the mindset and responsibilities of a chief sustainability officer, Zhang observed, and align sustainability with business strategies.

As the CSO becomes increasingly indispensable to a firm’s bottom line, it may just be a matter of time before the job, like the chief financial officer or chief strategy officer, turns into a stepping stone to the apex of the C-suite.

Guoli Chen is an associate professor of strategy at INSEAD, where he focuses on the influence of CEOs, top executives and boards on firms’ strategic choices and organisational outcomes.