We need a renewed focus on the representation of both gender and ethnicity on boards, ensuring targets are comparable and given equal profile. 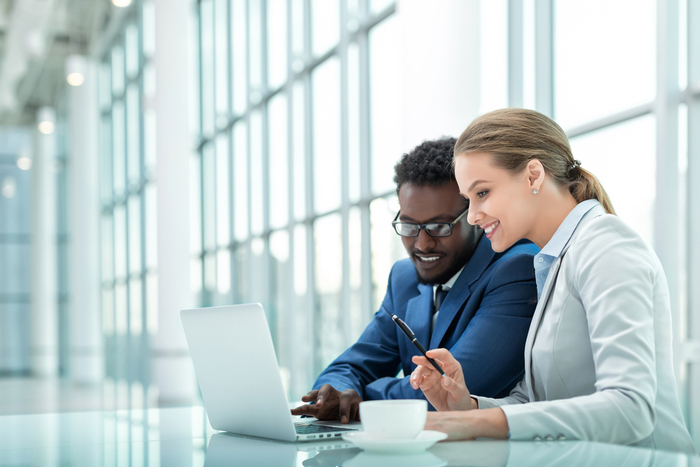 Understandably, these two facts have caused concern that progress on gender has somehow been “instead of” or even “at the expense of” progress on ethnic diversity. Yet this view is puzzling to diversity experts. We know that rather than being a zero sum game, where one group competes with another for a finite resource, more diversity and inclusion for some creates more opportunities for all.

So how is it we are in such different places regarding gender and ethnicity when it comes to the FTSE targets for diversity on boards? The answer, as usual, comes from a closer examination of the data. This is important, as only by truly understanding the problem can we arrive at a solution.

While it remains undeniable that progress on race has been slower than on gender, and that has been frustratingly slow itself, it has been widely overlooked that the targets for gender and ethnicity are not equivalent. The Hampton–Alexander Review’s gender target is for 33% female FTSE NEDs overall, ie. across all 350 companies. The Parker Review’s target for one director of colour is for each FTSE 350 board, not an overall percentage of representation.

Behind the broad success on gender, there are still 190 FTSE 350 boards who fall short of this 33% target, 42 firms with only one female NED and two who persist with all-male boards. A total of 244 companies have all-white boards currently, though there is still time for more firms to achieve the Parker Review’s “one by 2021” goal.

There is a gap in progress on gender and ethnicity, but we are far from a situation where all companies are enjoying the benefits of gender diversity while ignoring the need for ethnic diversity as some have claimed. Additionally, at this stage companies outside the FTSE 350 have made almost no progress regarding gender or ethnic diversity on their boards.

Looking at how representation in the FTSE NED community compares to wider UK society, we also see a narrow disparity between race and gender. A total of 6.8% of FTSE board members are from BAME backgrounds, just under half of the level of 14% in the general population. The figure of 33% female NEDs constitutes around 60% of what would be a truly representative ‘even split’ on gender. The situation at the executive level is worse, with women representing less than 20% of FTSE 350 C-Suite positions.

So, it remains true there is more progress on gender, but again, the disparity is slimmer than has been supposed. However regardless of all of the above, one needs to be mindful that data doesn’t demonstrate the intersectional invisibility or “double disadvantage” that is often observed more widely in society. A total of 45% of FTSE 350 directors of colour are female; 8% of female NEDs are BAME. Both representations are higher (albeit slightly) than the overall statistics.

The truth of the matter is the FTSE appears to be splitting when it comes to performance on diversity overall. Cross-referencing the Parker and Hampton–Alexander Reviews shows there is a growing group of companies who have embraced diversity on both gender and ethnicity. Yes, there are a number of companies who have achieved a level of gender diversity but need to up their game on ethnic diversity. And there are also over 100 firms which are yet to make any significant changes to the diversity of their board composition.

What’s more, the gap between those companies who “do” diversity and those who do not, is wide and deep. Hampton–Alexander identifies at least 10 companies in the FTSE 250 with majority female boards. Yet the FTSE 250 is also where we find the two all-male boards. The Parker Review identifies that just eight companies account for 25% of the directors of colour across the whole FTSE 350.

So for those who still doubt if diverse boards are achievable, just look to those firms who are going far beyond the targets set. The question is not whether you can diversify your board, but whether you will.

Where there has been a hugely disappointing gap between gender and ethnicity is in the levels of activity and interest around the Hampton–Alexander Review compared to the Parker Review. I remain proud of the role we at Women on Boards UK have played, alongside others like the 30% Club, to advance gender diversity in the boardroom. And I also regret that my personal efforts to support the creation of a sibling organisation to promote ethnic diversity were ultimately unsuccessful.

During the past eight years with Women on Boards UK, I have been in the privileged position to see via our 30+ corporate partners that those doing best on diversity do not look to advance a particular “type” of person. Instead they create and embed truly inclusive cultures that actively value difference—across all diversity strands.

So, while we continue with our support for women to gain non-executive roles, we are increasingly working with men. We are reaching out to other diversity networks to encourage and equip BAME individuals, and indeed those from other minority groups, to pursue board careers. We are also reframing our career and leadership as “NexGen Directors” in a bid to ensure inclusivity. This work has never been gender specific. Indeed it is just as relevant, and important, for those in the majority group—white men—to learn and adopt collaborative, inclusive leadership practices.

Does that mean we should stop counting and tracking progress on gender and ethnicity in the FTSE? Absolutely not. I very much hope to see significant attention and progress on the Parker Review’s “one by 2021” target over the coming year. After all, this target can be met in a single recruitment round, so there is no need for the lengthy evolution we have seen on gender.

The Parker Review target can be met in a single recruitment round, so there is no need for the lengthy evolution we have seen on gender

Going forward, I believe there would be significant advantages to a new government-led review (after Parker reports next year) looking at diversity in the round on FTSE boards, and indeed in AIM-listed companies. This would ensure a renewed impetus to continue progress on both ethnicity and gender, ensuring targets on each are comparable and given equal profile.

This is especially important so the firms leading on diversity do not mask problems in other companies, which is crucial given the nature of the targets set by both the Hampton–Alexander Review and the Parker Review. While we aspire to a situation where representation on FTSE boards reflects wider UK society, that is not what these targets aim for. Nor are they, as I heard suggested recently, set at a lower level due to a lack of candidates or talent (do try the Women On Boards network if you are struggling to identify diverse candidates—we have a great number of well-qualified women, and some men, from all backgrounds).

Rather, these targets are set at a level which it is believed will create a self-sustaining shift in diversity. The hope is that to reach these levels companies will have transformed their recruitment and promotion practices to support diverse hiring and that the individuals in those positions will form a “critical mass” (in the case of gender, at least) to create more diverse and inclusive cultures. The targets are a taking-off point for diversity, not an end.

Fiona Hathorn is CEO of career network Women On Boards.