Bosses in the top 350 US companies have seen their remuneration rise by 14%, with the ratio of CEO pay to average US worker income now 320:1. 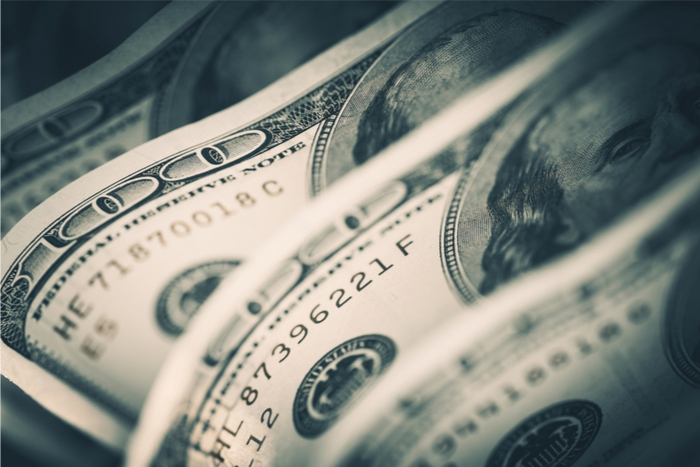 While remuneration may be flat for chief executives in the FTSE 100, their colleagues in the US continue to see stellar rises in their pay packets.

The study, by Washington think tank the Economic Policy Institute (EPI), shines a light on the growing gulf between average US CEO pay and average worker income, which it calculates as a ratio of 320:1. Contrast that with the FTSE 100 figure of 119:1.

Even recent action during the Covid-19 crisis to cut leaders’ pay will have little effect on reducing the gap, according to Larry Mishel, a fellow at EPI.

“While wage growth for the majority of Americans has remained relatively stagnant for decades, CEO compensation continues to balloon,” says Mishel.

“This has fuelled the spectacular income growth of the top 0.1% and 1.0% and the growth of income inequality overall. CEOs offering salary cuts during the coronavirus pandemic yield press releases but no real progress toward reducing inequality and raising workers’ wages.”

The problem, Mishel and his co-author Jori Kandra claim, is that US CEO pay rises do not reflect the market for CEOs. Indeed, chief executive pay outstrips stock market performance and grew faster than other “very highly paid” workers. They conclude the extravagant levels of CEO pay can only be explained through “rents”. It is unlikely, they argue, that CEO skills are so “outsize and disconnected” from the skills of other high earners.

They are not alone in believing this may be the issue. In another recent study, academics from the University of Toronto and the London School of Economics concluded S&P companies prefer appointing “insiders” to CEO positions, undermining the claim that there is an open international market for top talent.

This, the academics say, sheds new light on executive pay levels. Instead of extreme compensation stemming from competition it must be explained by either “firm specific skills”, limited information or knowledge among remuneration committee members or, most pertinent in this instance, “CEOs capturing a growing share” of rents.

But what to do? Mishel and his co-author Jori Kandra list a number of options already touted elsewhere. One option would be higher marginal rates of income tax, which might “limit rent-seeking behaviour” and undermine incentives to seek higher pay. Another would be high rates of corporate tax for companies high CEO-to-worker pay ratios.

A further option might be a cap on pay, then imposing extra taxes on those companies paying over the cap.

Corporate governance might also provide a way forward, such as greater use of “say on pay” measures allowing shareholders to vote on compensation levels. Companies could also consider appointing a worker to their boards, a measure thought to dampen exorbitant levels of remuneration.

US CEO pay and politics

However, all of these measures would rely on political will. Under the current presidency, that seems unlikely.

Things may change under a new Democrat president, if Joe Biden wins in November. Biden has campaigned ardently as a pro-worker candidate and is noted for his criticism of US executive compensation levels.

Biden recently indicated a loss of patience with current US business culture: “The idea the only responsibility a corporation has is with shareholders: that’s simply not true. It’s an absolute farce. They have a responsibility to their workers, their community, to their country. That isn’t a radical notion,” he said.

That seems to indicate Biden may be up for serious change, if he wins the White House. Though the polls are in his favour, his fate remains an unknown.

In a recent survey, research indicated that in the UK, at least, shareholders are growing happier with CEO pay levels in the FTSE 100, after a long period of complaint and tough engagement. In the US, shareholder approval of executive remuneration has seen a “steady decline” according to studies. However, US pay levels are still broadly accepted by investors. If the US wants to tackle the issue, shareholders may have to get tougher.