Digitalisation of the workplace has been heralded as key to organisational effectiveness, learning and agility. But is this future as perfect as it seems? 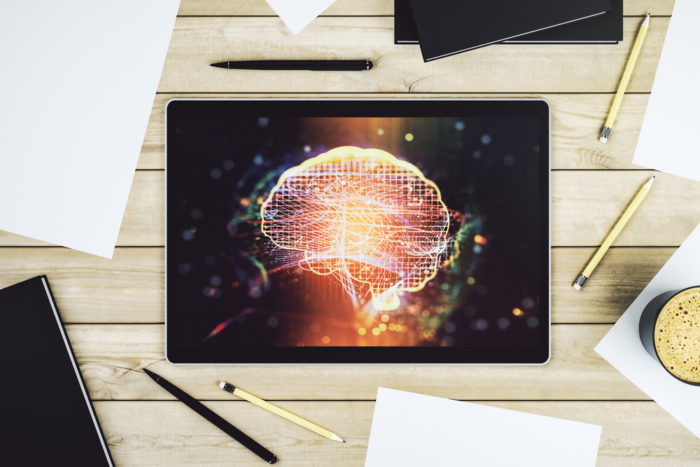 The coronavirus pandemic has created an opportunity for companies to rapidly advance the scope of their digital ambitions. Significant changes have already taken place in sectors including retail, travel and education—but to what extent will these developments be short or longer term?

On the surface, many boardrooms have responded well to meeting and voting from a distance. This has allowed them to “cut out the politics and get to the heart of the matter”, as one interviewee from our ongoing study of boardroom effectiveness commented.

However, from this point forward the board will need to pay particularly close attention to any new digital technology introduced by management and assess its strategic and operational implications.

The key consideration in this respect is to ask whether the company is addressing concerns that encompass competitive advantage, alongside interlinked issues of sustainability and human rights.

Balancing short-term responsiveness and cash flow with future recovery, reputational enhancement and adherence to environmental and social governance is proving to be a challenging tightrope for organisations to walk.

The lockdown period has certainly shown that digital technology and artificial intelligence (AI) systems can provide solutions to balancing such complexity, and are likely to be further embraced.

One vibrant area for AI application is attracting job applicants and predicting a candidate’s fitness for post. Facial expression technology was used for the first time in the UK by Unilever in 2019, combining gamification and video interviews to create an all-digital graduate recruitment process.

Job applicants complete a short online form tied to their LinkedIn profiles, with no résumé required. Candidates then spend 20 minutes playing a series of 13 online games created by Pymetrics, which give an insight into skills and capabilities such as problem-solving, personality and communication style.

Those selected by the Pymetrics programme are invited to attend a video interview facilitated by the HireVue platform, which digitally assesses and ranks candidates.

HireVue uses AI to assess and predict a candidate’s likelihood of success in a role. The algorithm analyses how individuals respond to a pre-selected set of questions in a recorded video interview and then categorises their verbal responses and facial movements. The most suitable respondents are invited to a Discovery Centre for an in-person “day in the life at Unilever” simulation.

These AI hiring platforms are proving to be good business and have attracted new entrants such as Mya Systems, Textio, Workey and ZipRecruiter. Some, like Pure Matching, use an algorithm which is claimed to map applicants’ neuro-personality so as to “gain a holistic view of individual biological identity”.

In effect, recruiters are increasingly using AI to make the necessary first round of candidate cuts. As a result, what previously was visible and accessible is becoming invisible and inaccessible. The seen and unseen are increasingly polarising the job market and there is a growing industry focused on how to write a résumé that “beats the bots”.

Salesforce (US) uses an AI named Einstein to analyse and answer questions on company performance in executive meetings, and which supposedly distinguishes trends in actual company data from organisational politics.

Amazon, Unilever, Deloitte, Tesco and almost all major corporations have adopted some form of algorithmic innovation, mostly in the form of technological tools and techniques to remotely manage workforces. This relies on data collection and worker surveillance that enables automated or semi-automated decision-making.

Algorithmic leadership is increasingly shifting power from a hierarchy of managers to larger bodies of professionals who master analytics, programming, and business with little or no experience of motivating individuals or teams. Management is losing its human touch to a process that is instead embedded in technology.

In one sense this is nothing new, as evidenced by the 1920s Ford production line which emboldened a similar harshness. As long as the only colour you wanted was black the consumer mass accepted their lot. But this was followed by “choice”. Choice has many sources, but the most influential of these is context. “I make the choice that suits me in my situation,” stated a senior executive. As there exists endless contexts, there equally exist an endless stream of choices.

When the task in hand is easily quantified and measurable, the old Ford production line and its modern counterpart—digitalisation—have a contribution to make. But when finer judgement is required, fundamental questions are raised about the efficacy of digitalisation.

The Kakabadse team’s international studies at Henley Business School have identified that for over 5,000 boards, 85% of board directors did not know, could not tell you, and did not share a clear view of the competitive advantage of the firm on whose board they sat.

This worrying misalignment did not occur because of data omission or obscurity, but because of the complexity involved in operating across contrasting markets. In these circumstances free thinking is required, as opposed to rationalist, predictive or linear argument.

Realising competitive advantage can no longer be limited to the product or service offering. It is more to do with devoted teams engaging in challenging markets while expending equal amounts of effort on defending corporate reputation.

How can such a quality of interaction continue when future board members do not consistently attend board meetings but vote from a distance? This point was firmly driven home by our UK survey results, which highlighted that the management had downgraded their board colleagues’ performance and contribution by more than 40%.

The study further surfaced the finding that no management respected their board “because they are out of touch.” The board’s disengagement from the management and workforce is a clear recipe for catastrophe.

The fear of challenging big data

The main danger posed by the current digital penetration of management and the boardroom is the disregard and distaste for context. A board out of touch with context is a dangerous vehicle, unable to unravel the rationalistic bias built into the very top board directors for fear of reputational loss or being sued. The environment is bound to be one that goes with majority decisions, even when instincts say otherwise. The fear of challenging big data is overwhelming.

It is clear that AI systems introduce bias, as well as a lack of accountability and transparency

It is clear that AI systems introduce bias, as well as a lack of accountability and transparency. Even for the technologically competent that bias is hard to correct. In addition, underlying data sets may have flaws and programming errors potentially compromising the output.

One of the most intriguing elements of this brave new world is the degree to which data can be used and misused in many ways without the majority of directors’ even being aware of the legal risks, an area which has the potential to mushroom.

To compensate for this AI systems increasingly rely on surveillance and control over the subjects of its attention. The accompanying potential lack of transparency increases the risks of embedding bias and discrimination. Poorly governed AI management systems put people in situations where the risks of physical and psychosocial harassment increases exponentially.

There is no doubt that digitalisation has the potential for new and exciting opportunities. Working through masses of data in record time to reach accurate and meaningful decisions is, of course, of immense value. However, to think that a similar adoption of first-class mediation and navigation through the tensions and complexities of leadership can be similarly achieved by AI is, for the time being at least, an entirely misplaced judgment.

Leadership is about “up close and personal” engagement. AI is the exact opposite and to confuse the two can only lead to immeasurable harm.