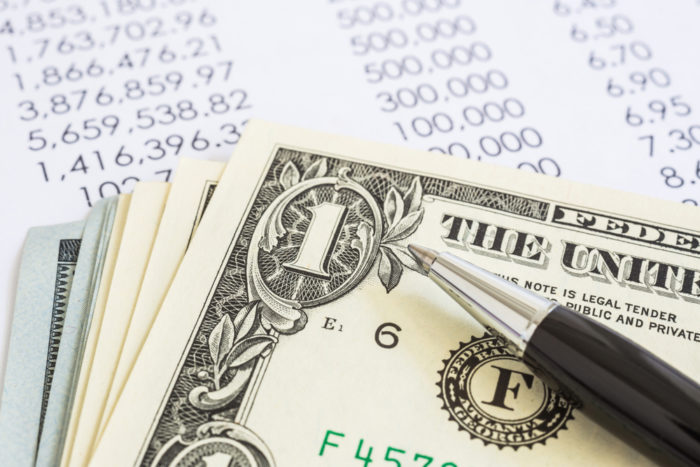 Chief executives among the top 50 US firms have been shouldering some of the financial pain of the pandemic with large cuts to their pay.

A report from governance data provider GC Analytics shows that CEOs of the 50 largest companies saw their aggregate total granted compensation (TGC) reduced by 53% from $4.73bn to $2.24bn in 2019.

The study also looked at pay arrangements emerging in the 2020 proxy season, and reveals a tale of decreased pay that reflects not only the impact of Covid-19, but also long campaigns by investors to persuade boards to moderate pay awards.

CGAnalytics said: “CEO pay is again in the spotlight of the 2020 AGM proxy season. With the Covid-19 pandemic affecting many aspects of the business, a large portion of companies have proceeded with executive compensation adjustments as a response.”

The researchers note that two executives at financial services tech company Fiserv—chair and CEO Jeffrey Yabuki and president and chief operating officer Frank Bisignano—agreed to forgo 100% of their base salary. Walt Disney revealed that its executives would receive temporary salary reductions.

The highest paid chief executive is Sundar Pichai of Alphabet, parent company to Google, whose $276.9m total granted pay represents around 13% of the CEO aggregate.

Managing the pay of top executives was one of the first issues to emerge as companies went into lockdown and furloughed millions of workers around the world. At least a quarter of the UK workforce is thought to be on furlough.

One of the first organisations to highlight executive pay was the Investment Association, a club for UK-based investment managers. In April the association said pay should be part of a “long-term approach” to running a company and should reflect the experience of employees and stakeholders.

“During this exceptional period we expect companies to adopt an approach that is appropriate to their business and the specific impacts of Covid-19, being careful to ensure that executives and the general workforce are treated consistently,” said Chris Cummings, chief executive of the association.

Elsewhere, investors made their views more directly felt. Both Schroders and EOS Hermes issued statements calling on remuneration committees to ensure that executive pay arrangements took the pandemic into account.

In an open letter to listed companies, Hans-Christoph Hirt, executive director of Hermes EOS, said: “All businesses are likely, directly or indirectly, to benefit from government action to support the economy,” said the letter.

“The Covid-19 crisis therefore highlights that all businesses need to have, and maintain, a social licence to operate which is underpinned by a corporate purpose centred on being sustainable and creating long-term value for its stakeholders, including shareholders.”

Not all companies were assiduous in ensuring top pay reflected the troubles of employees. Some executives saw their pay “shielded”, while workers were furloughed or lost their jobs.

There are warnings that CEO pay has become a complicated affair as a result of the pandemic, and reductions in base pay is one element.

According to Sandy Pepper, a professor at the London School of Economics and an expert on executive pay, equity-linked rewards present a much more “nuanced” issue.

“While the overall fall in share prices may affect the value of existing awards, it has also provided an opportunity for some companies to grant new stock awards at a time when stock prices are depressed,” he said.

“An economic bounce-back from the pandemic might result in large windfall gains for some plan participants in the future.”

Much of the recent public focus has been on debate about how soon pay levels should return to pre-pandemic levels, or whether they should do so at all. The pay debate is likely to be affected by the continuing suspension of dividends (as well as buybacks) and an ongoing need for state aid among big corporates. Shareholders concerned about dividends, and governments looking at aid requests, could make lower executive pay a condition of their co-operation, according to some commentators.

Observers have also noted that governments could insist on other reforms. They could demand more transparency on the details of pay, ask for the simplification of pay structures and prescribe more non-financial targets to be included in pay arrangements, among them measures that relate to stakeholders and sustainability.

These demands might find momentum as big corporates increasingly find themselves under pressure to switch to a “stakeholder” model of capitalism. The World Economic Forum, at its annual January bash in Davos this year, called for the alignment of executive pay to ESG criteria.

Executive pay has been on ongoing sore for big corporates and the pandemic has done nothing to sooth the pain. If anything, Covid-19 may add fresh impetus to the debate.