Companies are creating social value during the coronavirus crisis by thinking innovatively about what they can offer—and who could benefit. 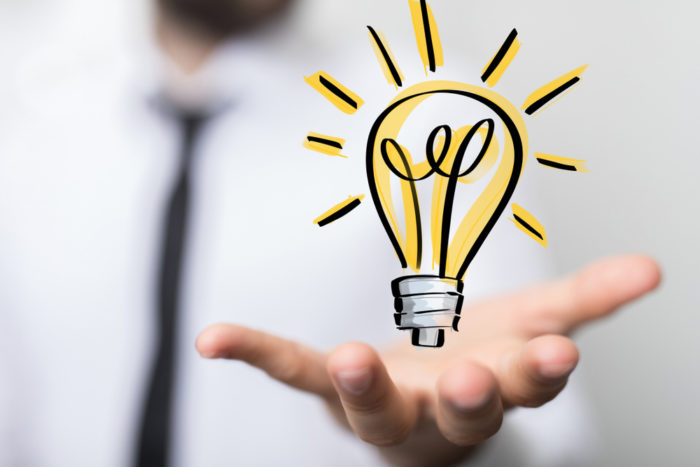 The coronavirus crisis has highlighted the imperative for businesses to be responsible. Companies that have put profits above purpose have been rightly shamed, such as Sports Direct, who attempted to keep its stores open even after the government asked citizens to stay at home.

Even the seemingly untouchable Sir Richard Branson, once named by The Sunday Times as the most admired businessperson over the past five decades, was called a “disgrace” by a politician for asking staff to take eight weeks’ unpaid leave. On the other hand, enterprises who’ve prioritised society over shareholders have been praised—such as Unilever donating €100 million of soap, sanitiser, bleach and food.

But what if you’re not in an industry that’s not directly related to the crisis, such as food or cleaning supplies? What if you’re a small business who doesn’t have millions lying around to make donations? What does it mean for these businesses to be responsible at a time of crisis?

Everyone can grow the pie

In an earlier article for Board Agenda, I explained responsible business is more about “growing the pie” (creating more value for both stakeholders and shareholders) than “splitting the pie” (ensuring that shareholders do not take too much of the pie, and that enough is given to customers, workers, the environment). I also referred to the rigorous evidence in my new book, Grow the Pie, which shows that creating value for society does ultimate benefit investors—so the idea that both can benefit is realistic rather than wishful thinking.

The division of the pie is clearly important. It needs to be fair, and everyone who contributes to a company’s success should benefit (e.g. employees through being given shares)—not just the CEO. However, ensuring a fair split isn’t enough. Companies need to grow the pie—actively create social value—through innovation.

For example, Vodafone lifted 200,000 Kenyan households out of poverty in seven years, through launching the mobile money service M-Pesa. Had Vodafone not launched this innovation, there would have been none of the media backlash typically reserved for unfair splits of the pie, such as high CEO pay—but 200,000 households would have been worse off.

At the other extreme, Kodak is rarely seen as a corporate governance failure, since executives and investors didn’t line their pockets at the expense of others. But the fact that they also lost out is of no consolation to the 145,000 workers who were made redundant due to management’s complacency and inaction.

A responsible business thinks ‘What’s in my hand?’—in other words, what resources does my company have that can be used to serve society

And this observation is highly pertinent at a time of crisis. Clearly, responsibility involves executives and investors bearing their share of a shrinking pie to reduce the burden on others. We’ve seen some tremendous acts in this regard—CEOs working for free, firms continuing to pay their workers during shut-downs, and companies donating their products. These actions are highly laudable and should never be underplayed.

But the value of thinking about responsibility as pie-growing is that it unlocks the potential for all companies to play their part. A responsible business, driven by the desire to create value for society, thinks “What’s in my hand?”. In other words, what resources does my company have that can be used to serve society? (Note that the pie represents social value, not financial wealth.)

Such a mindset can inspire some great ideas—just like Vodafone contributing to the seemingly unrelated cause of financial inclusion in Kenya. Chelsea Football Club might not obviously have anything relevant. Football tickets and replica merchandise are of little value in a crisis. But what’s in its hand is its hotel, where it’s allowing NHS staff to stay for free, saving them a long commute after a day of fighting on the front line. LVMH’s luxury perfumes are indeed a luxury right now, but what’s in its hand are production facilities that it’s using to make hand sanitiser.

Such a mindset is also relevant for small businesses, who don’t have the resources to donate slices of the pie. Thinking of responsibility as pie-growing means that it need not involve donations of money. In financial markets, two assets of equal value trade—an investor pays £100 for £100 of shares. But society is not a financial market. The key to creating social value is to give gifts of unequal value, that are worth far more to the recipient than it costs you.

The key to creating social value is to give gifts of unequal value, that are worth far more to the recipient than it costs you

Take Barry’s Bootcamp, the boutique fitness studio. What’s in its hand is fitness expertise, which it’s using to offer free livestreamed workouts—particularly valuable when citizens are staying at home. It also has many staff trained in mental first aid, available to call on those who are finding self-isolation particularly tough. And they’re also reading stories to kids over Zoom, to take the load off working parents.

Hopefully the crisis will be over soon, and the sun will rise again. But the idea of thinking about what’s in our hand—what gifts of unequal value we can give—applies in good times as well as bad. Responsibility certainly involves paying fair wages to employees. But it also entails mentoring them, viewing them as partners in the organisation, and giving them opportunities to step up. It may not mean giving bells and whistles to customers, but stepping into their shoes, taking feedback seriously, and forming personal relationships.

If there is any silver lining to this crisis, it’s that it will permanently inspire business leaders to think innovatively about how what’s in their hand that they can use to create value for society.

Alex Edmans is professor of finance at London Business School and author of Grow the Pie: How Great Companies Deliver Both Purpose and Profit.