Investigations by the UK’s Competition and Markets Authority are at an “unprecedented” level, with a number of big name takeovers subject to review. 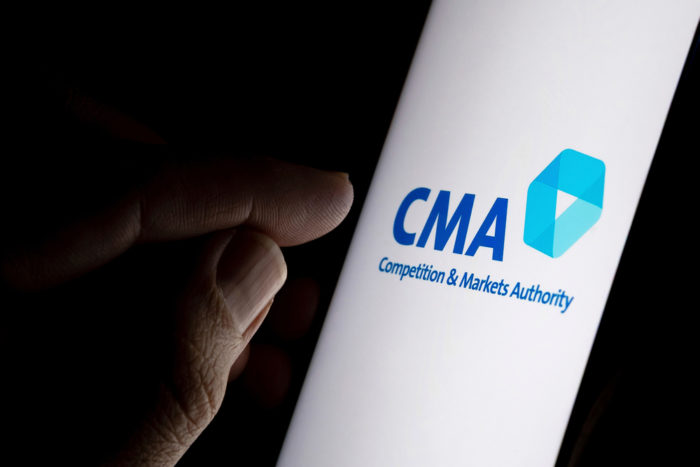 The focus on takeovers and their implications for competition have become a hot button issue in recent months. Indeed, investigations by competition regulators into proposed takeovers are on the rise, reaching “unprecedented” levels, according to some.

Observers describe the UK’s watchedog, the Competition and Markets Authority (CMA) as more “interventionist”, while figures indicate a large proportion of takeovers that enter a so-called “Phase Two” investigation at the CMA are either blocked or abandoned as the watchdog begins to raise concerns. According to close watchers, only around one fifth of the deals subject to a Phase Two investigation are waved through “unconditionally”.

Nelson Jung, a partner in the antitrust practice at law firm Clifford Chance, and until 2016 a former director of mergers at the CMA, believes there is a signiciant change underway, that sees a greater focus on corporate takeovers and how they affect the competitive landscape. “This is unprecedented and can no longer be regarded as a statistical blip,” Jung says.

According to CMA figures, in the two years to the end of January 2020, 18 takeovers/mergers saw themselves in Phase Two investigation, of which only five were cleared.

A collection of big brand companies have recently found themselves subject to CMA scrutiny. Watchdogs are looking at the merger of Amazon and Deliveroo, PepsiCo with Pioneer Food and Just Eat with the Dutch company Takeaway.com.

The CMA said last week it had “provisionally found competition concerns” with the takeover of FootAsylum by JD Sports, a conclusion that has incensed senior executives, according to press reports. The CMA also found concerns in the takeover of Farelogix Inc by Sabre Corporation.

The watchdog itself is aware that there is increased attention for its work and that it has become the subject of much speculation about what might be driving its current rate of activity. However, the CMA has given some indication of what’s behind its heightened interest. According to a statement from the CMA, there is growing concern that an anticipated increase in competition in some sectors has not materialised.

“Lessons from previous investigations show that we expected competition to increase in some cases because of new companies entering the market, but this didn’t happen.

“We use these lessons, alongside evidence in front of us, before reaching a conclusion.”

Elsewhere, speculation about the drivers has fixed on a book, The Great Reversal: How America gave up on Free Markets, by Thomas Philippon, which argues that competition is reducing, and is said to have inspired regulators in many jurisdictions to look closely at what is happening in their markets.

However, a letter written by the CMA to government ministers at the beginning of February indicates other influences, among them a now well-thumbed article by academics Jan De Loecker and Jan Eeckhout, which found that mark-ups on the marginal cost for products have increased significantly, potentially indicating a loss of competition.

The CMA told ministers said it would undertake a review of how well competition is working across the economy because, in general, the understanding of this key element in market economies is “limited”.

According to the CMA: “This has come into sharp focus in recent international academic and policy debates where a number of studies have suggested that competitive pressure across advanced economies, including the UK, could be weakening.”

According to Nelson Jung, the CMA has kicked into gear following a period in which it was viewed as stuck in a low activity phase; the CMA is now sensitive to any merger or takeover that involves the digital economy or pharmaceuticals; while the post-Brexit climate is also a worry for those in government and, as a result, among regulators.

“After years of what is now widely perceived as under-enforcement,” said Jung, “the pendulum has swung the other way, at least in part, fuelled by wider concerns around macro-economic indicators suggesting higher concentration, greater inequality and bad outcomes for consumers in the US.”

He adds: “UK competition policy post-Brexit is at a crossroads: the UK will either seize the opportunity to become a leader in growth sectors by being at the forefront of regulatory innovation, as it was in relation to fintech, or it risks killing off inbound investment and homegrown innovation.”

And there is a warning for corporate leaders.

“Businesses contemplating M&A activity should carefully consider whether the deal they are looking at could potentially be of interest to the CMA,” said Jung.

“Nowadays, this may be the case even if the target business has hardly any, or no, current activities in the UK.

“Any deal that even remotely relates to the digital economy, or the pharma sector, should be examined with the CMA’s current interventionist decisional practice in mind.”

View from the US

As Jung indicates, the UK is not alone in its anxiety about competition. In the US, many watchers of markets and mergers believe antitrust authorities there should be more active. In a 2018 article for Harvard Business Review, David Wessel, a fellow at the Brookings Institute, called for regulators to up their game.

“It is time for antitrust authorities to renew their scrutiny of traditional mergers,” Wessel wrote citing research that indicated a familiar theme: product price rises; up by more than 4% following some mergers.

The US authorities have at least indicated an interest in the acquisitions made by big tech companies and their impact on competition. Last week, Google, Amazon, Apple, Facebook and Microsoft were asked by the Federal Trade Commission to submit information on corporate acquisitions that went unreported to antitrust watchdogs. The FTC wants to examine whether the acquisitions could be harming competition.

With the CMA investigating competition in general, intense focus on M&A activity and its impact is likely to continue, especially where the deals involve digital business or access to large volumes of customer data. As much as business leaders may rail against CMA attention for their strategic acquisitions, it is unlikely to ease off any time soon.