Majority think capitalism does more harm than good, while 93% say stakeholders are the “most important to long-term company success”. 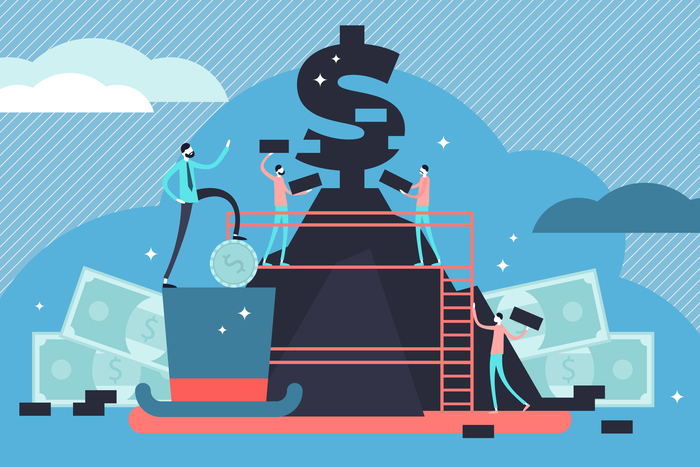 More than half of British people have lost faith in capitalism to do good, while the public appears to have thrown its support behind the idea of “stakeholder” capitalism, according to research.

The annual Edelman Trust Barometer research revealed that 53% of those polled— 1,150 UK residents over the age of 18—believe capitalism does more harm than good.

It also found that the public had bought into the idea of stakeholder capitalism in a significant way. Of those polled, 93% said stakeholders were the “most important to long-term company success.” Just 7% named shareholders as the most important.

Debate about switching capitalism from a “shareholder” to “stakeholder” model, and its implications, dominated discussions at the World Economic Forum’s recent annual conference in Davos.

While trust in capitalism has suffered in the UK, the situation is worse elsewhere. In France 69% said capitalism does more harm than good; the figures were 61% in Italy, 60% in Spain, 59% in the Netherlands and 57% in Ireland. Though none of these were as bad as Thailand, where 75% of people expressed their loss of belief in capitalism. The global average was 56%.

Additionally, 66% said they believe companies are capable of taking action that “both increase profits and improve conditions in communities”.

The barometer, given its UK launch this week, also found that while the general population’s trust in business remains steady on 47%, Edelman’s found the “informed public” had lost faith, with trust falling from 68% in 2019 to 63% this year.

Trust was either static or down across most categories in the UK, including the media and government. The informed public’s trust in government fell dramatically from 68% to 48%. However, Edelman undertook supplementary research and found that trust in government climbed after the December general election to 52%.

Three-quarters of those polled worried about losing their jobs. The biggest cause of concern was the freelance/gig economy, on 53%, followed by recession, 52% and then a lack of training or skills. Automation was the joint-fourth biggest worry with 46%.

Oddly, despite worries about business, it was the only area viewed as “competent”. NGOs, the media and government failed on that count. All categories, including business, failed to convince a majority of those surveyed that they were “ethical”.

Edelman’s discovery that there has been a slide in public belief in business ethics is echoed elsewhere. In its annual attitude survey for 2019, the Institute for Business Ethics (IBE) found that 57% of people believe that business behaves ethically, down on the 2018 figure of 62%.

Edelman also found that 62% of people say they want the opportunity to shape the future of their companies in a meaningful way, with 64% saying, specifically, that they wish to influence strategy. And 62% say they want to work for an organisation with a greater sense of “purpose”.

According to Philippa Foster Back, director of IBE, one explanation may be that the public views business through the eyes of customers receiving services.

“There again have been too many lapses by companies, be it water, telecoms, retail etc., who directly interact with the public that would lead them [the public] to score them [business] low,” she said.

Foster Back believes the way to fix this perception of business ethics is to counter it with “good experiences”. That means companies working harder to live up to their values and demonstrate they care about giving a “good customer experience”.

This process, she said, begins with workers.

“They can start this by giving their employees pride in their work, through a series of ways (such as empowerment to take decisions, listening to them to improve processes…), which will spill over to customers.”

That an overwhelming proportion of the public believes “stakeholders” should be the priority of business caught the attention of other observers.

Luke Hildyard, director of the High Pay Centre, a body campaigning against excessive executive pay, thought the 7% backing shareholders was a standout finding.

There has been much discussion in business and academic circles about a switch to a stakeholder model of doing business, but Hildyard believes business leaders have been giving the topic only “lip service”. He pointed out that executive pay packets remain mostly structured around shareholder returns and most business media reporting, as well as the policies of the investment industry, focus almost entirely on profitability and share price gains. He insisted there exist only weak legal provisions encouraging a stakeholder approach.

“The findings highlight that while maximising profits may enable prominent business leaders to become fabulously wealthy, they won’t achieve wider respect or admiration until they adopt a more socially aware approach,” said Hildyard.

Others saw in the survey an indictment of the way business and the country has been run since the financial crisis of 2008.

According to Andrew Kakabadse, a professor of governance at Henley Business School, the trust barometer reveals “a complete betrayal of public trust by British elites”. He called the findings a “long-overdue wakeup call.”

Kakabade’s concerns are that the pain of austerity to cut public debt was not shared by those at the top. Restrictive spending should have applied to all in a “truly open and free market”.

“The most concerning finding of the Edelman Trust investigation is our citizen’s distatest for capitalism, the very phenomenon that our leaders attempt to defend and promote,” said Kakabadse.

“Post-Brexit we need a society that is aligned to make inclusive-capitalism a success. The challenge for our leaders is to adopt an ethical mindset that evidences determined and responsible action on policies that captivate and motivate people positively.”

The Edelman Trust Barometer is a signal to business that it still has an uphill battle to rebuild public trust. Meanwhile, public opinion is way ahead of business policy and strategy when it comes to the “stakeholder” versus “shareholder” debate. There is still work to be done.

According to Edelman’s own commentary, people in the UK want to feel connected. “They want to see business move away from focusing on shareholders, and place greater importance on employees, customers and the community in which it operates,” it said.

“And they want to know the organisation they work for; what it stands for, what it believes in and the people who run it.”

You can read the Edelman Trust Barometer 2020 here