At this point in history people need business leaders who focus on creating progressive outcomes for all in the societies they serve. 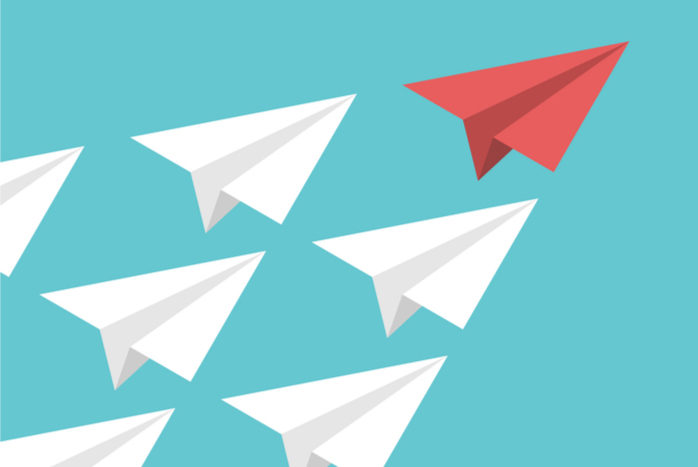 The 21st century has given us great access to information and a heightened awareness of human impact on the planet. We are also witnessing a proliferation in the use of technology by a global population that is increasingly digital native.

However, although circumstances have changed, people continue to look for leaders who provide guidance in much the same way as leaders of previous centuries did. Leadership is still largely viewed through the filter of politics, but big business—the sort that controls an economic value that compares with an entire continent’s GDP—is a growing source of leadership that determines the direction of the world.

With change being the only constant, the leader can never know everything

Given these realities, how does one lead effectively in business?

Perhaps a great place to start would be to define the purpose of leadership. Leadership has traditionally been about showing the way. This need to show the way has not changed but the reason for it has. Today’s business leaders need to manage change in ways that bring positive transformational benefits to others.

I would argue that the best guidance a leader can provide consists of empowering others to lead within their own sphere of influence. With change being the only constant, the leader can never know everything. This can be remedied with a hierarchy of leadership that provides the right guidance at the right level. No matter where they are in the organisation, leaders who want to think transformationally would do well to abide by the following principles:

1. Tap into your own humanity

Leading through power can sometimes create a false sense of being apart and disconnect leaders from the people they lead. This is a dangerous trap that inevitably leads to an erosion of humility as the leader’s position is no longer about serving but being served. It is important that leaders deliberately put mechanisms in place to keep their feet on the ground and stay close to the people they serve. In retail for example, one way to achieve this would to regularly schedule time to directly interact with both frontline staff and customers. As technology takes an increasingly central role in business efficiency, the ability to connect on a human level will become more of a positive differentiator for leadership success.

Authenticity and integrity are now more closely scrutinised than ever. While these qualities have always been in demand, opportunities for transparency have grown. It is now easier to determine whether leaders’ actions match their claims. This transparency is a new challenge as discrepancies can easily break trust. In fact, large gaps between what is said and what is done are rampant in organisations and a leader who shows integrity immediately stands out.

3. Appoint people who are better than you in their respective roles

I have been led by many great people in business; for example, my first boss in the telecommunications industry. He told me that if I hired people whom I could easily outperform in their roles, I would build a team of passengers and be forced to carry them along. Leaders should ensure everyone can confidently hold their own. These people can then lift the leader and the organisation up higher. I have never forgotten this lesson. It frees up a leader to know that being surrounded by great people is the right way to run the organisation. Such a team can create amazing outcomes that are greater than the sum of its members’ individual contributions.

Business leaders must create environments where people can experiment and take measured risks to discover new solutions. Reward success but also show appreciation for the lessons learnt through failure. Future success is built on lessons of the past.

My first major project as a young engineer was to reduce the cost of a car radio’s main control board. The per-unit cost reduction was a few dollars but would become millions over the full production volume of the different variants of the vehicle. My boss took a chance on me, as nothing I had delivered to that point suggested any certainty of success of what was a much more impactful project. We embarked on a journey as I worked through the entire value chain of the component to reduce cost—learning from mistakes along the way. At the time I wondered why he would trust me. I now realise that he took a calculated risk. If I failed completely, he could probably make changes in the next cycle and mitigate the situation. The outcome he sought was great learning. Success was a bonus and I am happy that we achieved both.

5. Do not feel the pressure to know it all

Leaders need the ability to not feel pressure to “know it all”. You should demonstrate to your teams that you are actively learning new things. There is strength in curiosity. Some of the major challenges the world faces, such as climate change, mean business leadership success is tied to the ability to learn and explore new ideas. Leaders who are fully able to move out of their comfort zones will be most able to address the threats facing their organisations and create sustainable competitive advantage for the future.

Leading in an enlightened way

In an age of uncertainty, people need inspiration. They need leaders to continually connect with them on a meaningful level that goes beyond tangible benefits. Why we do what we do and what it means are questions that leaders must persistently answer in an inspiring fashion.

Ultimately, in the 21st century we need business leaders who clearly focus on creating progressive outcomes for all in the societies they serve and not just their immediate traditional shareholders. Leaders must deliberately let their work reflect a move to creating a more equitable world.

By taking this approach, business leaders will invariably create long-term sustainable benefit for all their stakeholders.

Lucy Quist is an international business leader and author of The Bold New Normal: Creating the Africa Where Everyone Prospers.