This year saw the climate crisis accepted as a board-level issue, audit reviews, a UK election and a new focus on human rights and business purpose.

It’s that time we when we look back on 2019 and try to make sense of it all, impose some meaning and shape on the issues as they unfolded throughout the past 12 months.

One thing we won’t do, however, is get all misty-eyed and nostalgic. It was a year in which progress was made in some areas, but in others boards were made all too aware of the work still to do in helping save the planet. And there are reminders aplenty of the ever-present risks if they don’t.

Climate change was not the only issue in 2019. That said, if there is one theme that sums up the year it is the idea that business and corporates have a critical societal role to play in the climate crisis, in their communities and in supporting their employees and stakeholders. This was hammered home over and over again.

The assumption that companies are simply for making profits to increase shareholder value was placed in a pine box, the lid nailed shut and the whole thing prepped for going six feet under. The idea is buried. Anyone still fighting that battle will pretty soon look like part of our archeology of ideas and prejudices.

So here’s a summing up of 2019, a survey of the themes and, in some cases, single articles that stick out for me as the defining issues of the year. Some will not agree, my list is not exhaustive. And disagreement is healthy. But here’s my Top Ten nonetheless (in no particular order). 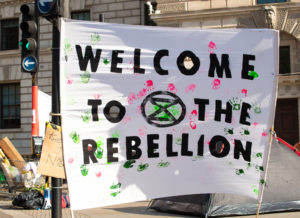 Extinction Rebellion and the irresistible rise of Greta Thunberg to global prominence has made climate crisis the major issue of the year and our time. While protesters closed roads and Thunberg scolded world leaders at the United Nations, boards were under pressure to mould their businesses into organisations fit to help beat global warming.

The Financial Reporting Council demanded better climate risk reporting, as did the Task Force for Climate-Related Financial Disclosures as well as the not-for-profit CDP.

But it wasn’t just companies under pressure. Investors faced demands themselves to turn the screws on boards to clean up their acts. Research showed that ESG (environmental, social and governance) funds could prosper, while asset owners pledged to decarbonise their portfolios. However, there were also reminders that not everyone believes investors are working at optimum levels to help. In an interview with Board Agenda, Will Martindale, head of policy at campaign group Principles for Responsible Investment, said the investment industry and capital markets are yet to play the significant role they should in beating carbon emissions.

“We have governments around the world that have committed to the Paris Climate Agreement to run below two degrees of warming. And yet we know that capital markets are financing 3.5, sometimes four, degrees,” said Martindale.

“We believe responsible investment is one of the ways that can be addressed, but we’re not seeing the depth of commitment that we think is necessary to achieve that transition.” 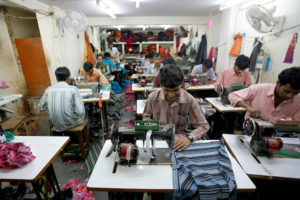 Allied to climate anxiety comes concern for human rights and the role businesses can play in ensuring they are observed. This year saw the UN begin discussions on a new binding treaty on business and human rights but pressure also mounted for companies in EU states to face mandatory human right diligence.

Local campaigners placed big pressure on the German government to force companies to make sure their supply chains were clean, but Norway went a step further, publishing draft legislation showing how its own human rights due diligence would work.

However, Norway’s state owned investment vehicle Norges Bank really made a statement on supply chains by divesting from G4S for issues in its operations in UEA and Qatar. This is thought to be the first divestment driven by a concern for labour rights.

In a report, Norges Bank revealed it had ordered a detailed investigation of G4S operations and found “unacceptable risk that the company contributes to or is responsible for serious or systematic human rights violations”. 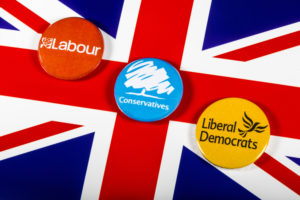 Governance issues cropped up in both the UK and US election campaigns. Here in Britain reforms were significant features of both the Labour and Liberal Democrat manifestos, though given the overwhelming win for the Conservatives, the proposals failed to help capture public attention.

Labour wanted a rewrite of the 2006 Companies Act and workers to make up a third of all board positions. It also proposed allowing UK companies to have two-tier board structures.

Meanwhile, the Lib Dems promised they would make companies issue a statement on their corporate purpose and mandatory human rights due diligence for supply chains.

The Tories merely said they would reform audit and continue to “improve incentives” to tackle excessive executive pay.

Those policy statements are academic now the election has been won and lost.

In the US, however, governance remains a central part of the race to become the Democratic candidate to face Donald Trump in the 2020 presidential election.

Elizabeth Warren, in particular, has made a point of reforming big business, publishing her own draft legislation dubbed the Accountable Capitalism Act. She too seeks workers on boards and for companies with turnovers of more than $1bn to seek a federal charter to operate. Charters would only be granted if companies pledge to “consider the interests of all corporate stakeholders, including employees, customers, shareholders and the communities in which the company operations”.

At the heart of the Warren campaign is to have companies “return to the era when American corporations produced broad-based growth that helped workers and shareholders alike.”

In some ways the Business Roundtable, a group of US corporate leaders that includes Amazon founder Jeff Bezos and JP Morgan chief executive Jamie Dimon, has done some of the heavy lifting for Warren. In August the group took global business by surprise when it announced it was redefining the purpose of the corporation.

Rejecting the orthodox view that companies exist to “maximise shareholder value”, the Roundtable issued a statement saying: “Each of our stakeholders is essential. We commit to deliver value to all of them, for the future success of our companies, our communities and our country.”

BlackRock’s CEO Larry Fink is already feeling the fallout. In December, campaigners As You Sow filed a shareholder resolution demanding the company report on how it would implement its switch from “shareholder” to “stakeholder” value. Expect other members of the Roundtable to feel similar heat.

The adventures of Elon Musk 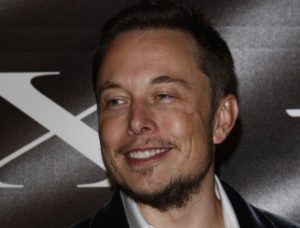 Elon Musk, founder and chief executive of Tesla and SpaceX is never far from the news. So it was this year, after he tweeted comments and news to which many took exception, including US financial watchdog the Securities and Exchange Commission.
His behaviour prompted questions about the way board leaders manage maverick CEOs.

Karen Meager, managing partner at leadership consultancy Monkey Puzzle, told Board Agenda: “Be strategic about picking your battles and stay focused on where the CEO can make the biggest impact for the company. If you can keep them focused on things that excite them, you get better work from them.”

Another leader to find himself in hot water was Carlos Ghosn. Just over a year ago the chairman of Renault, Nissan and Mitsubishi was arrested in Tokyo based on allegations of under reporting his earnings. By January this year he had resigned and by April he was on bail.

The affair has been a trauma for Ghosn, his family and the companies he led.

In March, however, came a report from Nissan’s Special Committee for Improving Governance. It made some intriguing claims: board meetings took just 20 minutes; Ghosn “realised concentration of authority in himself”; any questioning of remuneration or appointments, or the so-called “office of the chief executive” were met with vague answers that gave little away; “dissenting views” could be met with a suggestion that individuals involved “would be removed”.

The Ghosn affair is unresolved. But board leaders and chief executives will find the report a sobering read. 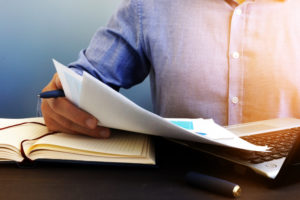 This year saw the probe into audit, the audit market and audit regulation continue. As we end the year we do so knowing that 2020 will likely see government put into action many of the recommendations they have received.

The end of 2018 saw the Sir John Kingman publish his report on audit regulation. This year saw the trio of reviews completed, with reports from the Competition and Markets Authority and, more latterly, the Brydon Review.

Their broad conclusions: abolish the regulator for a new one with greater powers; introduce joint audits and force auditors to split from other divisions of their firms; scrap the “true and fair” principle for accounting; allow shareholders to grill audit committee chairs; statements of purpose for auditors; and auditors to provide assurance on directors’ section 172 statements.

The lobbying may now be on to water down the proposals, debate behind the scenes will certainly rage. But next year should see government make progress on reform.

According to the OECD, mental health costs, direct and indirect, for the UK economy equals around 4.1% of GDP each year. ACAS, the UK’s conciliation service, reckons the annual loss is around 91 million working days.

Former executives at France Telecom have this month been sentenced to prison terms in relation to the suicides of 19 workers.

According to Dr Pereira: “In days gone by you would have a middle management person leading the mental health and inclusion agenda. But I think the whole mental wellbeing agenda could be owned by the board.” This, he adds, “sends a powerful message to the entire workforce that the issue is of critical importance.” 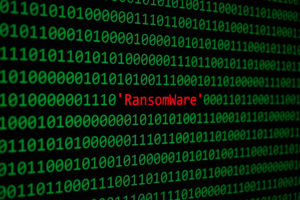 Cybercrime was a big issue in 2019, and now seems a permanent fixture on the business landscape. But a stir was caused when it became clear that ransomware attackers, were beginning to target large companies. Eurofin Scientific, a forensics services provider to European police forces, was a notable example, as was the band Radiohead.

What do you do when you arrive at work to find the ransom demand on your screen? Well, cracking the code of the ransomware is unlikely. That leaves negotiating a payment.

Bill Siegel, chief executive and founder of New York-based security specialists Coveware, told Board Agenda: “By and large it’s not an option to crack the code.”

He adds: “You’re being targeted by an industry and your data is the method by which they monetise their business. And it is a large industry, highly specialised and globally distributed.”

Ransomware will be a painful experience for the foreseeable future.

Last but not least, special mention goes to the new UK stewardship code unveiled in October, which essentially told investment managers they could no longer just report their engagement policies but actually disclose the outcome of those policies. A shift from talking to doing.

Principle 9 in the code covers the document’s significant new emphasis.

It says: “Signatories should describe the outcomes of engagement that is ongoing or had concluded in the preceding 12 months, undertaken directly or by others on their behalf.”

Being an investment manager should now be much harder work and require a lot more thought.