A new survey reveals 57% of the British public believe business behaves ethically, down from a record high of 62% last year. 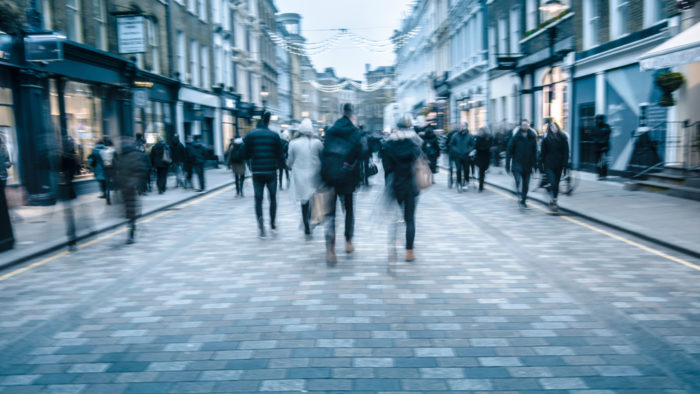 The reputation of business for ethical behaviour is sometimes not what it should be—and new research reveals that public expectations have fallen.

A survey by the Institute of Business Ethics (IBE) finds that 57% of the British public believe business behaves ethically compared with last year’s 62%, which was the highest level of confidence in business behaviour since the survey was launched in 2003.

It seems that executive pay and tax avoidance are major factors in reducing public confidence in business ethics. And in the year in which Greta Thunberg became Time magazine’s person of the year, so too has the environment.

According to the IBE’s director Philippa Foster Back, an underlying issue in the survey is a loss of confidence in business behaviour among younger generations. Business, she said, is not doing enough on some of its core issues and it needs to ask why.

“What we are seeing is that it is younger people who are losing confidence in business operating ethically,” said Foster Back. “In previous years, a smaller proportion of young people—compared with other age groups—perceived business to behave unethically. This year, those figures have levelled out, which business needs to address.”

Public pessimism comes despite success for business in others areas such as discrimination in the workplace and disclosure of information. But Foster Back said there is more to do.

“The fact that corporate tax avoidance, executive pay, and environmental responsibility remain top of the list—and the latter two at increased proportions—indicates that business is not doing nearly enough to address the ethical issues that the public are most concerned about,” she said.

This has been a year in which campaigners have brought renewed focus on the environment through the action of groups such as Extinction Rebellion, while Greta Thunberg has grabbed front-page headlines visiting UN conferences in the US and Europe. Her own actions have inspired millions of children to strike from school on Fridays.

Tax avoidance, meanwhile, has received much attention not least because of a continuing debate over profit shifting in relation to big digital companies such as Facebook, Google and Amazon.

In the UK, investors have continued to ensure executive pay remains an issue of concern through their engagement and voting policies.

Lower down the pecking order of concerns comes exploitative labour policies, noted by 18% as an issue. 2019 saw the first divestment of an asset owner from a stock because of labour exploitation concerns when in November Norges Bank gave up its shares in G4S over the treatment of workers in Qatar and United Arab Emirates.

Diana Eltahawy, head of the migrants programme in the Gulf for the Business and Human Rights Resource Centre, said at the time that the decision was “monumental”. She added: “Human rights are just as important as climate. Companies really need to assess all their risks.”

On pay, companies face calls to shrink the gap between low and high earners and pay their taxes. According to Luke Hildyard, director of campaign group the High Pay Centre, the IBE research provides “powerful findings” that should prompt concern among businesses leaders about the long-term risks they face.

“A society riven with divides between those at the top and everybody else, with added environment instability thrown into the mix, is unlikely to be socially or economically successful,” he warned.

Nada Kakabadse, professor of policy, governance and ethics at Henley Business School, said trust in business, public institutions, government, the media and even NGOs has been “steadily declining” since the 2008 financial crisis. She too highlighted the low opinion of Millennials regarding business behaviour, but also noted gender differences. Women, as “care givers” or “care receivers” regard relationships as more significant, along with environmental responsibility. Men tend to focus on issues such as tax avoidance, she said.

She added that the importance of trust remains a hot topic, especially “the consequences of when this is undermined”.

“Since the global financial crisis of 2008 people’s trust in public institutions, businesses, government, media and NGOs has been steadily declining,” said Kakabadse.

“Add to this environmental damage, pay discrimination, a lack of effective government regulation and responsiveness, decreases in quality work opportunities and, of course, people’s personal experiences, and it is completely understandable how businesses’ values and ethics are misaligned with those held by the general public.”