Despite progress on policies, a poll reveals businesses still have a long way to go to improve the mental health and well-being of their employees. 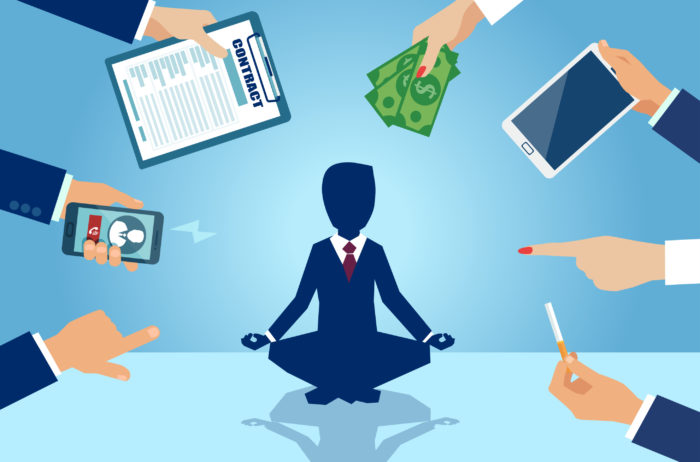 Conversations around mental health provisions are more common than ever before. We’re increasingly told that stigma surrounding illness is breaking down and everyone from company CEOs, celebrities and even royalty have gone on record to speak of their personal issues—something that would have been unthinkable even a decade ago. After the Stevenson/Farmer review in 2017 stressed the critical importance of helping employees at work, it seems that positive mental health is, at last, having something of a moment.

Yet when we at The Chartered Governance Institute, along with governance recruitment specialist The Core Partnership, commissioned a poll to look at how companies are supporting their staff’s mental health, it revealed that organisations were not doing as well as one may have hoped or expected.

Simply speaking, organisations are still failing to provide enough support to staff in terms of their mental health. Peter Swabey, policy and research director at The Chartered Governance Institute, said of the findings:

“Lack of knowledge and stigma still appear to be big hurdles to overcome. It cannot be right that people are holding back from reporting mental health issues in this day and age for fear that this will be perceived as weakness and affect their chances of promotion, a pay rise or a bonus.

“Such toxicity is the sign of poor organisational culture and addressing the symptoms of lack of well-being in the workplace will not succeed unless the underlying causes are tackled too. The reality of modern working is that there is less time to do a great deal more and this is increasing levels of stress. A positive culture and better engagement can do wonders to help employees feel they are a valued member of the workforce.”

According to one respondent: “There are lots of initiatives in place but unfortunately, the mental health issues relating to overwork and shortage of staff continues to be a problem with very little evidence of it being addressed.”

There are other issues that need to be overcome as well. Perhaps surprisingly, cost was considered to be a barrier by just 11% of respondents, but concerns about policies being taken advantage of and lack of interest were each cited by 19% of respondents as being a barrier. Fear of abuse of policies is an oft-cited concern: even mental health campaigner Ruby Wax acknowledged the issue in an interview with The Chartered Governance Institute’s Governance and Compliance magazine, where she stated:

“You have to be careful, as you can get fired if you have too much time off for sickness. And you might be faking it, but there’s ways to look to see if people are abusing the system and lying about mental health issues. Somebody could be taking advantage too if they just want to go fishing, you know what I mean?”

Despite the overall suggestion that organisations need to do more, it is important to note that there does appear to be a genuine desire on the part of businesses to better support their staff’s mental health. Those organisations taking steps to improve provision are employing varied methods, with respondents naming mindfulness; resilience training; mental health first aid training; yoga and meditation; massage; counselling; well-being sessions; People’s Wellbeing Champions; and occupational health support in person, by telephone and online as methods being deployed.

A total of 47% of respondents stated that their organisation had a mental health first aider; 66% said that they have a counselling service; 52% have a well-being policy; and 41% have specific management training on staff mental health. All of this must be seen as a positive step; however, the fact that there has been little movement within a year in terms of the perception of how much support is given is cause for concern.

It appears that there is momentum around the tangible need for mental health improvements, but tinkering around the edges has been the order of the day for too many organisations. Fundamental changes are needed in order to improve well-being, prevention and productivity.