The Tory manifesto is light on governance pledges compared with the detailed—and sometimes controversial—proposals from Labour and the Liberal Democrats. 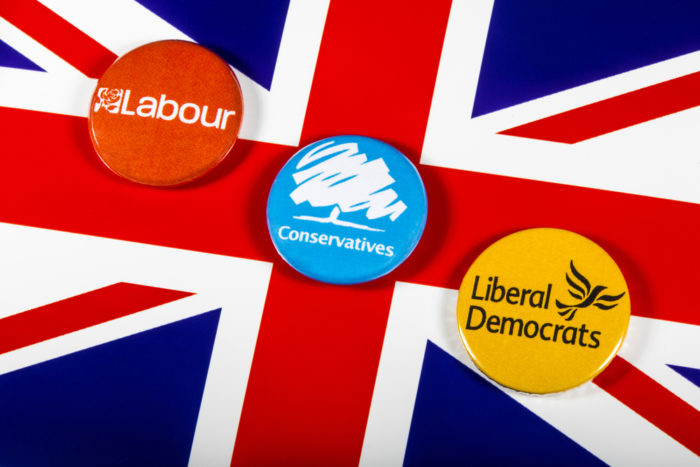 Executive pay will be in the crosshairs of a new Tory government, should Boris Johnson be elected as prime minister, according to the party’s manifesto published at the weekend.

However, despite flagging a hot button issue, the Tory manifesto was short on detail.

Indeed, governance is an add-on in the document to a much larger consideration of the UK tax system.

The Tories pledged to “reform” the audit regime and insolvency rules to offer more protection to customers and suppliers. They also promised to “carefully study” the ongoing investigation into the collapse of veteran travel company Thomas Cook. But the boldest commitment was on pay.

“We will improve incentives to attack the problems of excessive executive pay and rewards for failure,” the manifesto states.

“We will reintroduce legislation that protects pension pots from being plundered by reckless bosses, helps savers be better informed with pension dashboards, and creates a new style of pension scheme which is more sustainable for workers and employers.”

The Tory manifesto statements stand in stark contrast to the Labour manifesto, which offered a detailed menu of controversial governance reforms.

The three main parties in the 12 December general election have now published their manifestos revealing their thoughts on a range of policies, including corporate governance.

The Tory manifesto commitment to reform audit is a long-standing arrangement following three reviews of the audit profession triggered by the collapse of construction giant Carillion. The Kingman review looked at regulation; the Competition and Markets Authority examined the audit market; and the Brydon review, due to report by the end of the year, is looking at the content of audits.

The Liberal Democrat proposals, published at the end of last week, offered more discussion of governance reform. Indeed, in a slew of policies under the heading of “Better Business”, the Lib Dems discussed the current in vogue topic of “corporate purpose”.

The party said it would introduce reforms to ensure all companies publish a “statement of corporate purpose, including considerations such as employee welfare, environmental standards, community benefit and ethical practice.”

The Lib Dems also pledged to follow France and its Law of Vigilance, saying companies would face “a general duty of care” for the environment and human rights, including “due diligence” to avoid child labour and modern slavery, or products that involve deforestation, “in their operations and supply chains”. There has been much debate about the possibility of the EU introducing mandatory human rights due diligence for large corporates.

The Lib Dems would take current UK governance code provisions a step further and mandate a worker representative on boards and also on remuneration committees. A staff representative in the boardroom would have the “same legal duties and responsibilities as other directors,” the manifesto says. The current code gives companies a choice of three options: a worker director, a non-executive tasked with collecting worker opinion, or create an employee panel. Currently, most companies look to be opting for a designated non-executive.

The Lib Dems also pledged to “encourage” employers to give staff in listed companies a right to shares, and for companies to take up “new forms of incorporation”.

In its discussion of reforms for business, the manifesto worries that the system underpinning business “is not working as it should”.

“Business can be a force for good in our economy: we needs thriving businesses to create wealth and a model of responsible capitalism that generates good jobs, shares prosperity and see businesses promote rights and protect the environment,” the manifesto says.

Labour: board structure and pay ratios

A week ago Labour gave proposed business reform its own press conference separate from the manifesto event, signalling that the party sees the topic as a potential vote winner, perhaps more so than the Lib Dems and Conservatives.

The party offered reform of directors’ duties in the 2006 Companies Act, the opportunity for dual boards and a third of board seats going to employees. Supervisory boards, if they are used, would include employees, customers and long-term investors.

The party detailed an “excessive pay” levy based on a pay ratio limit of 20:1 for chief executive to lowest-paid employee.

The party said it would create a new state auditor for financial firms and introduce auditor rotation every five years, reducing the existing limit of ten years.

Shadow chancellor John McDonnell said: “This new architecture of corporate governance and regulation has the potential to lay the foundations of the successful dynamic economy we need, serving our whole community.”

However, the Institute of Directors (IoD), which last week launched its own manifesto for governance, described Labour’s proposals as a “jump to the most prescriptive and cumbersome end of the scale”.

The IoD detailed a list of ten priorities including a new “code of conduct” for directors, delivering reform of audit regulation, and the introduction of a new independent governance commission instead of having governance overseen by a regulator looking at other issues.