The proxy advisory firm has asked that new regulatory demands be set aside, claiming the watchdog “lacks authority” and its actions are “contrary to law”. 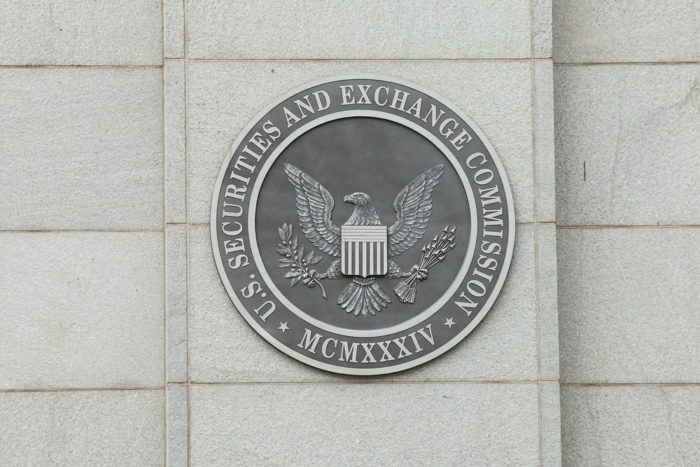 A battle in the US over corporate governance advice provided by proxy advisers has reached a new twist with one of the market’s most prominent players, Institutional Shareholder Services (ISS), launching a lawsuit against the Securities and Exchange Commission (SEC), the country’s most high-profile financial watchdog.

The lawsuit demands that guidance delivered by the SEC in August that would impose tough new regulatory demands on proxies be “set aside” because the watchdog “lacks authority” and its actions are “contrary to law”.

The guidance came at the end of a long-running campaign to bring proxy advisers under closer scrutiny and curtail their influence. Opponents have argued that advisers such as ISS and Glass Lewis are unaccountable for their advice and wield too much power over corporate boards.

The SEC took action in August, publishing the guidance in the Federal Register, the official journal of US government law-making.

According to Gary Retelny, ISS president and chief executive, the new guidance could block proxy advisers from providing their services and stymie their freedom of speech.

“We believe litigation to be necessary to prevent the chill of proxy advisers’ protected speech and to ensure the timeliness and independence of the advice that shareholders rely on to make decisions with regards to the governance of their publicly traded portfolio companies,” Retelny said in a statement.

Shareholders with large portfolios have come to rely on the voting advice of proxies when it comes to annual general meeting season in the US and elsewhere around the world. However, critics claim proxy advisers are not properly regulated and suffer from conflicts of interest—proxies sell voting advice to investors and consultancy services to investee companies.

One frequently cited anonymous source describes the battle over proxies as a “civil war of capitalism that’s playing out behind the scenes”.

The SEC summer guidance, known as the Proxy Adviser Release, said proxies were regulated not only by the Investment Advisers Act of 1940, but the little known Section 14(a) of the Securities Exchange Act of 1934.

Applying the Exchange Act would effectively assume “advice” given by proxies was, in effect, “proxy solicitation”—the process of campaigning for voting support on a given issue or objective.

ISS argues the SEC cannot do this. Its lawsuit insists the SEC “exceeds” its authority because advice cannot be solicitation.

“Whereas a proxy adviser offers independent advice and research to its clients about how to vote their shares based on the proxy voting policy guidelines selected by the client, a person who ‘solicits’ proxies urges shareholders to vote a certain way in order to achieve a specific outcomes in a shareholder vote,” the lawsuit says.

Thirdly, ISS says the SEC contradicts itself. The guidance, “marks a significant change in the regulatory regime” that applies to proxy advice. However, the lawsuit claims the watchdog denies that it has changed its position in any way.

The lawsuit says: “The SEC lacks the authority to regulate proxy advice as though it were a solicitation, and its holding otherwise in the Proxy Adviser Release is contrary to law.”

The SEC has received support for its guidance. In August Tom Quaadman of the US Chamber of Commerce praised the watchdog, saying the reforms would help arrest the decline in the number of companies listing on public markets and boost US competitiveness in the global economy.

“For too long proxy advisory firms have exploited current SEC regulation to overwhelm public companies with voting recommendations that investors have no interest in advancing as part of the annual shareholder voting process,” Quaadman said.

He added: “Proxy advisers have been riddled with conflicts of interest, failed to link advice with economic return, or company specific information, and lack process and transparency.”

Others have also concluded that complaints about proxies cannot be easily dismissed. In a paper written for the American Council for Capital Formation, a think tank, corporate governance lawyer Frank Placenti says policymakers should consider new measures that could ensure “undue reliance” is not placed on proxy advisers; that institutional investors make “fully-formed voting decisions” and have more transparency on how votes are cast on a “default basis”; and that public companies have “reasonable opportunity” to respond to proxy adviser analysis.

The clash over proxies is, however, part of a larger debate in the US over the nature of capitalism and the conduct of companies.

Indeed, candidates for the Democratic nomination for the 2020 US presidential elections have placed governance at the heart of their policies.

Elizabeth Warren has proposed a whole slate of law, the Accountable Capitalism Act, in which she calls for employees on boards and for companies to seek a “federal charter” to operate. Charter companies must pledge to “consider the interests of all corporate stakeholders, including employees, customers, shareholders and the communities in which the company has operations”.

Elsewhere, Bernie Sanders has proposed new legislation that would tie share buybacks to improved pay and benefits for workers.

A new regime in the White House next year might see radical changes to governance in the US. ISS, however, has chosen to take the battle to the courts now. The conflict over US corporate governance is set to continue for some time to come.