Governor of the Bank of England warns that the global financial system needs to put climate-related risk “at the heart of decision-making”. 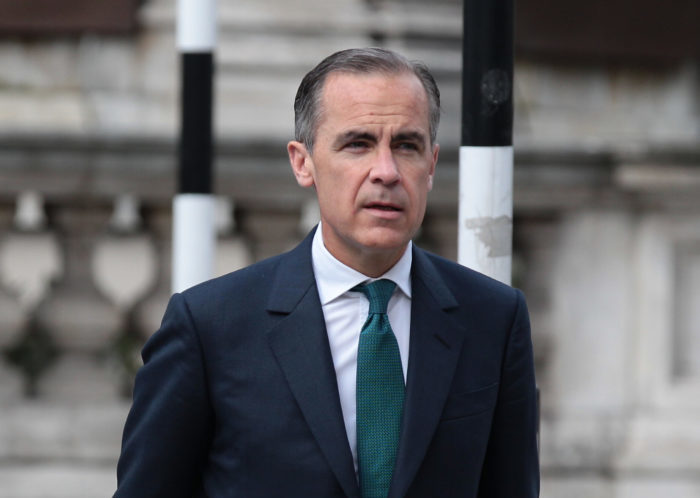 The pressure on companies to provide more and higher quality climate-related risk disclosures is only going to increase, according to the governor of the Bank of England.

Speaking at a special summit in Tokyo of the G20’s Task Force on Climate-Related Financial Disclosures (TCFD), Mark Carney signalled that the demands on corporates to provide clearer information on their exposure to climate-related risk will only climb further as governments, regulators and investors focus their efforts on tackling the climate crisis.

Carney warned too that the transition by many companies and the development of a green financial system is not happening fast enough.

“Firms that align their business models to the transition to a net-zero world will be handsomely rewarded,” said Carney.

“Those that fail to adapt will cease to exist. The longer that meaningful adjustment is delayed, the greater the disruption will be.

“Like virtually everything else in response to climate change, the development of a more sustainable financial system is not moving fast enough for the world to reach net zero.

“To bring climate risks and resilience into the heart of financial decision-making, climate disclosure must become comprehensive, climate risk management must be transformed, and investing for a two-degree world must go mainstream.”

Carney’s remarks came as central London was yesterday brought to a standstill by climate change protestors from the campaign group Extinction Rebellion.

The TCFD monitors adoption of its reporting guidelines, published in 2017. Carney said while reporting on TCFD metrics has grown, and three-quarters of investors now use the guidelines when investing, only a quarter of companies surveyed use the “fuller set”—six or more—of the TCFD’s recommended disclosures.

Quality and quantity of their use across sectors is uneven. In 2017 non-financial sectors such as energy, transport, construction and agriculture were setting the standards, and the banking industry was not “the most advanced sector in disclosing information”.

Carney warned companies that some jurisdictions, such as the EU and UK, have mandatory reporting using TCFD guidelines under consideration. But he added there was an upside.

“Better TCFD disclosure is an opportunity,” he said, citing research from the Bank of England and advisory firm PwC which found a “positive correlation” between a company’s stock prices and the number of TCFD disclosures it makes.

Carney said the private sectors needed to increase the quantity and quality of disclosures; refine the disclosure metrics to find the most useful; and share knowledge on how to “assess strategic resilience”.

Carney warned that pressure would come from investors who are in the process of cleaning their portfolios after assessments that showed their funds were more likely to generate global warming of three degrees and above rather than the Paris target of two degrees.

Carney’s remarks met with immediate support. Steve Waygood, head of responsible investment at the insurance giant Aviva, warned that while take-up of the TCFD reporting system was “OK”, it was “by no means pervasive”.

“This will restore shareholder democracy and enable people who own these companies to understand how to engage, how to use their voice.

“It’s important that people have these kinds of data immediately and freely to hand.”

He added: “Every individual, the media, civil society will be able to see how companies are generally performing against each other rather than just looking at the greenwash.”

In June the TCFD reported on progress among companies adopting its guidelines and found an issue with how many of the TCFD guidelines are used by companies. Just 25% of companies published information addressing more than five of the Task Force’s 11 recommended disclosures; and only 4% of companies made disclosures aligned with 10 or more of the guidelines.

There is also concern about the number of companies using “scenario analysis”, or reporting on the physical risks posed by climate change, as well as the transition risks.

Almost half the companies preparing reports said it was difficult to undertake scenario analysis on climate-related risk without revealing commercially sensitive information. Companies in Europe do better on most reporting issues than companies elsewhere in the world, with those in North America closely behind.