Asset owners and managers signed up to the Net-Zero Asset Owner Alliance include Nordea, Zurich, Allianz and Folksam, with more than $2.4trn in investments. 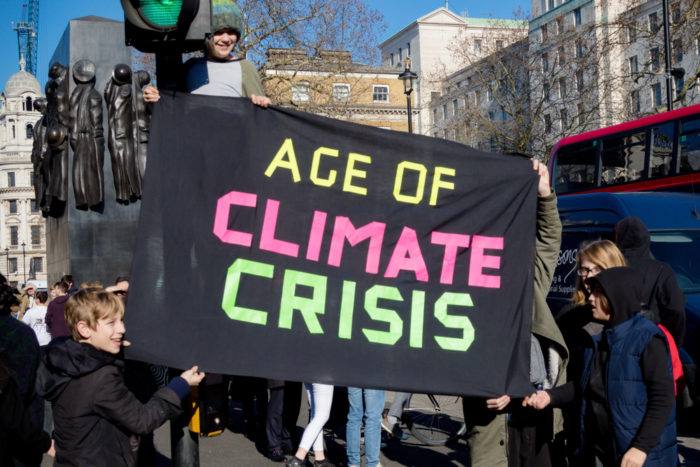 Boards are set to come under fresh pressure to act on the climate crisis after asset owners controlling $2.4trn in investments said they would decarbonise their portfolios by 2050.

The announcement came in New York at the UN secretary-general’s Climate Action Summit. The project follows one of the biggest international climate school strikes so far and on the day campaigner Greta Thunberg appeared at the General Assembly to call for more government action.

The new commitment, given by a new body—the Net-Zero Asset Owner Alliance—said it would begin engaging with boards immediately “to ensure that they decarbonise their business models”.

Asset owners and managers signed up to the alliance include PensionDanmark, CDPQ, CalPERS, Nordea, Zurich, Allianz and Folksam.  Inger Andersen, executive director of the UN Environment Programme, said in a statement that asset managers and owners needed to take a long-term view on climate action.

“Their commitment sends a strong signal that financial markets and investors are listening to science and moving us to a path of resilience and sustainability,” she said.

Fiona Reynolds, chief executive of Principles for Responsible Investment (PRI), a campaign group and member of the Net-Zero Asset Owner Alliance, spoke of the pressure asset owners are able to exert on company directors through their fund managers.

“Pension funds and insurers who own large pools of assets are at the top of the investment chain in that they can direct, mandate, the companies they invest in to move from carbon-intensive energy sources to more sustainable ones.

“They have the ability more than any other investors to move this agenda forward by outlining the material risks of climate change to those managing their assets.”

Christiana Figueres, convenor of Mission 2020, a campaign group for climate action, said: “The urgency of the climate crisis demands decisive leadership so it is encouraging to see asset owners flex their muscles and guide companies they’re invested in towards a net-zero emission world.”

“That is why we strongly believe that asset owners like Zurich must act now to tackle those challenges, in particular by leveraging capital markets to fund solutions to the pressing environmental issues of our time.”

The creation of the Net-Zero Asset Owner Alliance comes as a new report commissioned for the UN revealed that the five-year period 2015-2019 is the hottest on record; the loss of sea and glacier ice continues unabated; the oceans are becoming acidic; and the levels of the main greenhouse gases in the atmosphere have “reached new highs”.

Investors are not alone in acting on environment, social and governance issues. A recent report from PRI concluded that the world’s 50 largest economies have put in place more than 500 policy instruments and 730 hard and soft law revisions to back investors in using “long-term value drivers”, including ESG factors.

In a sign some optimism about attitudes to ESG issues in the US, a recent report from proxy advisers ISS concluded that investors and boards were increasingly in agreement over many issues.

According to Patrick McGurn, special counsel and head of strategic research at ISS, the figures indicate that “engagement is working”. The number of environmental proposals being agreed are “especially compelling” McGurn added.

“That shows that they [investors] have gotten boards’ attention on those matters and boards don’t just push away investors when they want to raise E and S [environmental and social] concerns.”