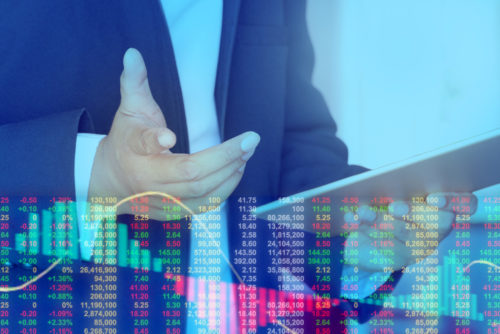 Proxy advisors this week took an important toward demonstrating they have heard recent criticism as some of the largest became signatories to a new code of best practice.

Complaints about proxy advisers—consultancies that advise shareholders how to vote on resolutions at annual general meetings—has been under way for some time, especially in the US where the debate has been vociferous and seen calls for major regulatory change.

This week, the biggest firms—Glass Lewis, ISS and Manifest, along with Proxinvest and Pirc—agreed to abide by new principles that sees them reveal policies for how to deal with potential conflicts of interest.

Criticism has been levelled at proxy advisers because they provide services to both investors and to listed companies on how to please investors.

The new principles come as the result of a two-year review by the Best Practice Principles for Shareholder Voting Research and Analysis Group (BPPG) to update guidelines first published in 2014.

Danielle Melis, chair of the BPPG’s review, said signatories had worked on a voluntary basis to develop the new principles.

“They respected investor as well as issuer concerns, as well as difference in various service provider models, notwithstanding being competitors in their respective markets, in order to promote the integrity and efficiency of shareholder voting research services, which play an important role in investors exercising their stewardship rights and responsibilities effectively.”

The new agreement will see an oversight committee created to review the compliance statements of proxy advisers, as well as the principles themselves.

The committee could also sanction signatories who fail to comply with the principles.

The revised principles follow a report from the European Securities and Markets Authority. The EU’s Shareholder Rights Directive already calls on proxy advisers to disclose their process and report publicly on any code of conduct they apply.

Proxy advisers are the subject of major lobbying campaigns in Washington where academics, public company CEOs and lawmakers have argued over the need for regulation.

The calls stem not only from concerns about conflicts of interest but also because the dominant advisers stand accused of encouraging “robo-voting”—automatic voting by asset managers without reviewing advice received from their proxies. There are also concerns in the US that proxies have risen to the position of quasi-regulators without any regulatory powers or public accountability.

The Securities and Exchange Commission—the US financial watchdog—is said to be considering new regulation that forces proxy advisers to be more transparent about the processes used to develop advice.

An influential paper by three Stanford professors published in 2018 has formed the core of arguments for new regulation of proxy advisors. Their recommendations include:

The professors said of proxy advisers that there was “little empirical evidence to suggest that their voting recommendations lead to improved future value for shareholders”.

However, there are some who argue that current calls for change have been driven by those who believe proxy advisers have pushed companies too hard to include environmental and social issues among their corporate responsibilities. Regulation is viewed as a way of slowing the rise of ESG as a central corporate concern.

There is momentum behind mandatory regulation in the US. Though the new principles are intended to have “global” application they are unlikely to halt the introduction of new rules by regulators. Proxy advisors have entered a new era.