Cybersecurity boss Ondrej Vlcek has joined Mark Zuckerberg, Elon Musk and other high-profile executives in waiving his pay cheque—but is it a meaningful gesture or just the latest tech trend? 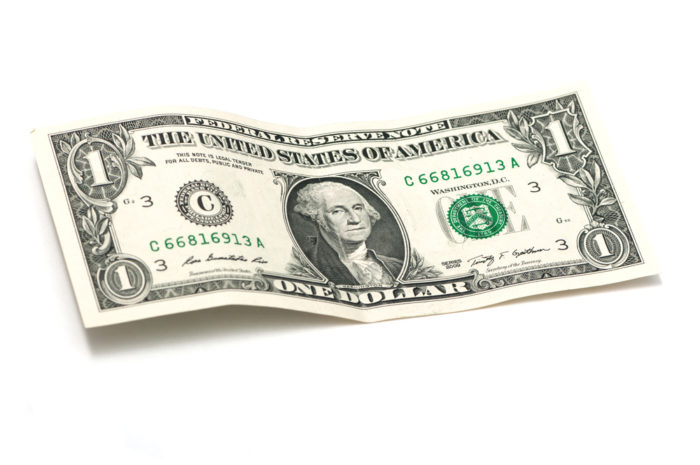 At a time when public discussion of the business world is often dominated by debate about excessive executive pay, along comes a CEO who volunteers to take just $1 in salary. Is it generous, altruistic or smart politics?

This week Ondrej Vlcek, newly appointed chief executive of Avast, the Czech cybersecurity company listed on the London Stock Exchange with a market cap of £3bn, revealed he would take a nominal salary of a single US dollar each year.

And that despite the company’s annual report revealing that Vlcek, until recently president of the company’s consumer division, was due to take a hefty pay package. Indeed it says Vlcek’s maximum possible income, including base payment, bonus and long-term incentive plan (LTIP) provisions, would amount to $5.6m. Hitting targets alone would see him paid $3.3m.

A statement from Avast to the LSE said Vlcek would waive his salary and bonus. However, he will continue to take his annual equity grants, as part of the LTIP. According to the annual report, Vlcek’s LTIP provisions amount to 62.4% of his package at maximum payout. Assuming he hits his targets and then some, Vlcek will keep the wolf from the door.

Though this may be unusual for a London-listed company, it is not unknown elsewhere, especially in Silicon Valley and among other tech CEOs.

It is well known that Mark Zuckerberg has given up his salary for a symbolic $1, as have the founders of Google, Larry Page and Sergey Brin. Elon Musk at Tesla has done the same. Capital One’s founder and chief executive, Richard Fairbank, hasn’t received a salary in 20 years. What is it about them that makes declining a headline-grabbing pay cheque the thing to do?

According to Sandy Pepper, a professor and expert on executive pay at the London School of Economics, turning down the salary allows a CEO to signal where his interests are aligned.

“Principal-agent theory, which underpins much modern corporate governance practice, focuses on the need to make senior executives think like shareholders.

“In some listed companies, the most senior executives are also major shareholders who can afford to receive their principal rewards from work in the form of dividends and capital gains. Other shareholders, and corporate governance specialists, should be delighted with this outcome,” says Dr Pepper.

He is supported by statements from Ulf Claesson, chair of Avast’s remuneration committee, who commended Vlcek’s decision and described it as a “testament to his belief in Avast’s long-term potential”.

Commitment to the long term is undoubtedly significant. But when considering which audience it plays to, it’s not just about shareholders, there are others. And there’s also tech culture to take into account, or perhaps tech billionaires feeling they should not be outdone by their peers.

Mike Drew, head of the global technology practice at Odgers Berndtson, a headhunting firm, says that $1 pay is an “indication to employees that the CEO is there for the long term, and invested in the growth of the company’ and will take rewards from shares”.

But, he adds, the token salary is also a trend and Silicon Valley CEOs “tend to follow” trends. “If Larry and Sergey have done it at Google, then Elon will do it at Tesla, and so on and so forth,” says Drew.

Of course, most CEOs do it only after their companies have become successful and they themselves have become multi-millionaires or even billionaires. This is perhaps best illustrated by the small controversy around pay at Tesla, when it was revealed that though Musk had received no salary, the accounts disclosed he was paid $2.3bn in shares. Tesla has pointed out that those shares have yet to be vested because Tesla is still to hit the targets they’re linked to.

Nevertheless, if the shares are worth so much then salary must seem like a minor issue. According to some commentators, the $1 has become a statement of wealth and success, as much as it is a commitment to the long-term future of companies.

Tech companies in the US are under pressure. There are those suspicious of their market dominance who want to see them broken up. But while new technology allows companies to radically disrupt markets we can expect tech billionaires to keep appearing—and likely as not many will follow the trend and join the $1 salary club.